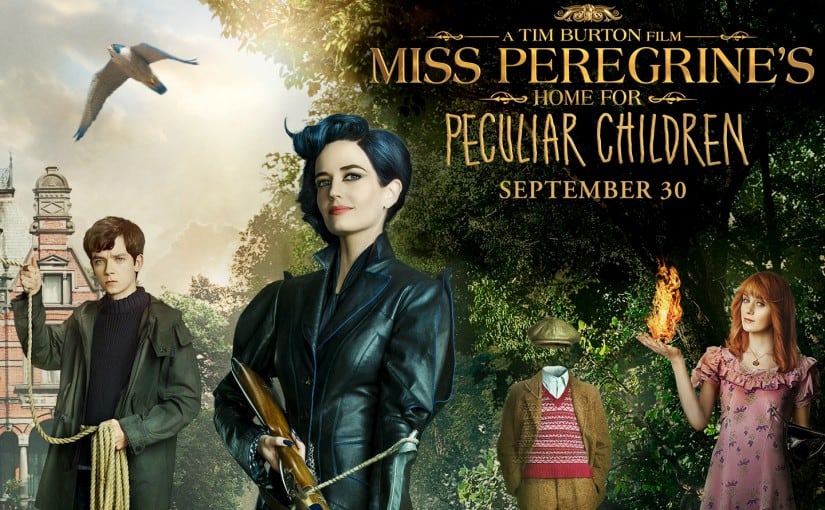 Jake Portman (Asa Butterfield) is a young teenager living in Florida, with a deep admiration and affection for his grandfather Abe Portman (Terence Stamp). Abe would tell Jake many wild stories about a far-off school that Abe used to attend. The horrible death of Abe gives Jake and his father Frank Portman (Chris O’Dowd) the idea to visit the Isle of Wales to see where Abe grew up.

On the Isle, Jake wanders into a large mansion and it changes from broken down to tip-top shape. Jake has gone from 2016 back to 1943. It is the work of Miss Peregrine (Eva Green), who is the loving but strict leader of the Home for Peculiar Children.

Jake meets all of the children, but he develops a crush on Emma (Ella Purnell) who is one of the students. Jake finds out the Nazis would bomb that building that night, but Miss Peregrine has the ability to turn back time for 24 hours to create a safe ‘time loop’ for the children.

There is an evil man named Mr. Baron (Samuel L. Jackson) who is a shape-shifter and can appear to be anyone. He leads a group of crazy people who will attack the Peculiar Children and eat their … eyeballs. Baron is also the cause behind the Hollows, invisible monsters that has earlier killed Jake’s grandfather. 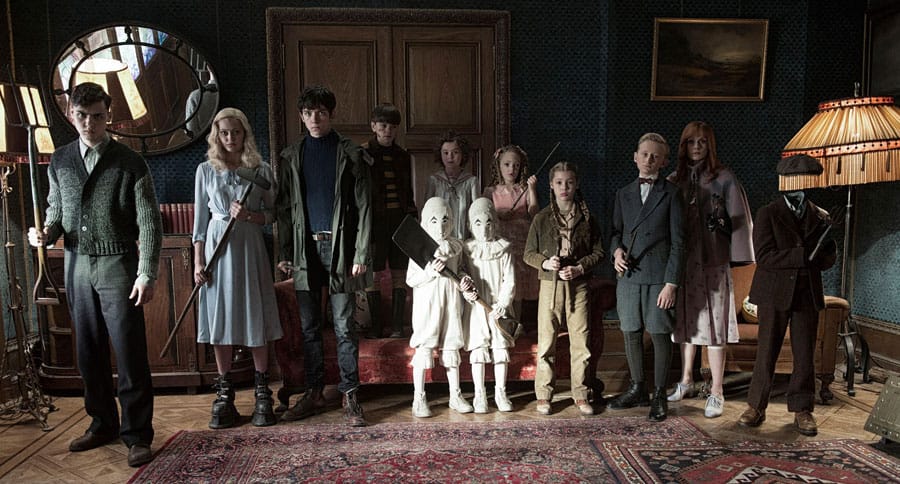 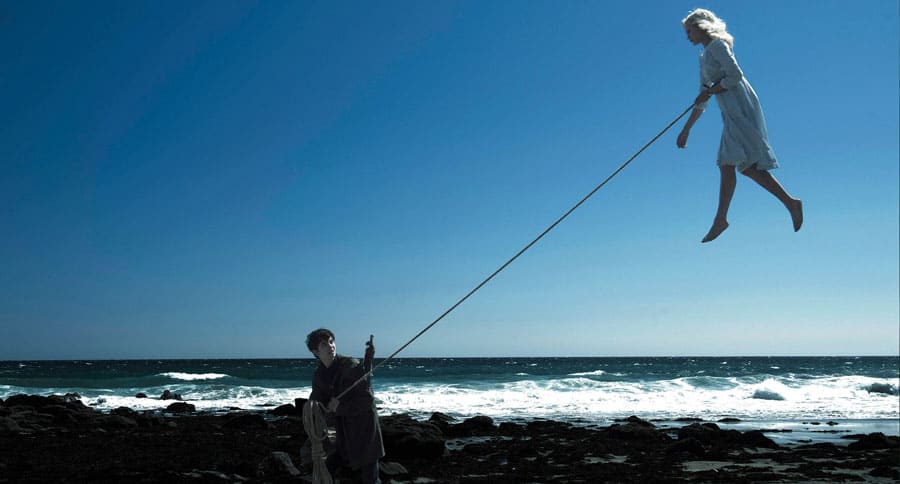 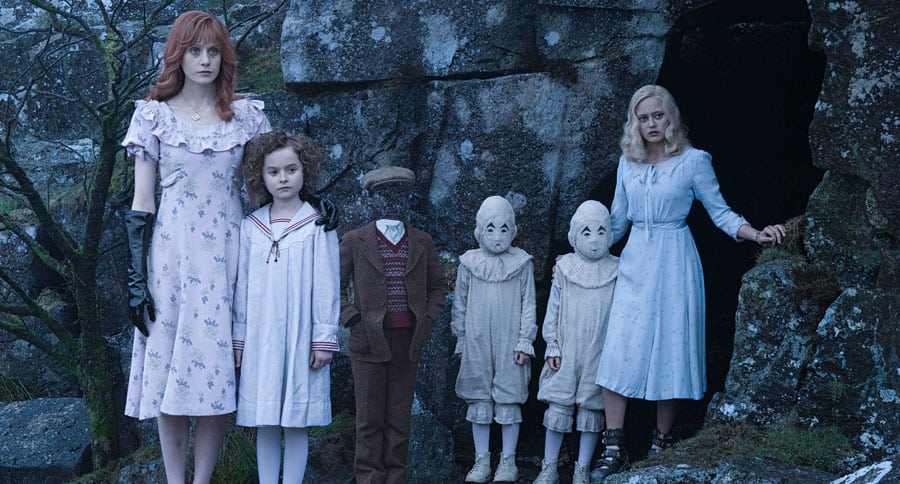 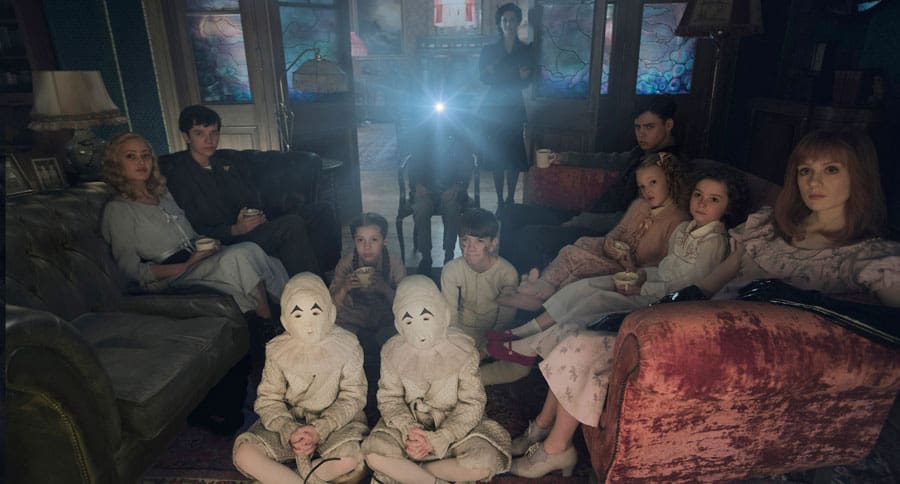 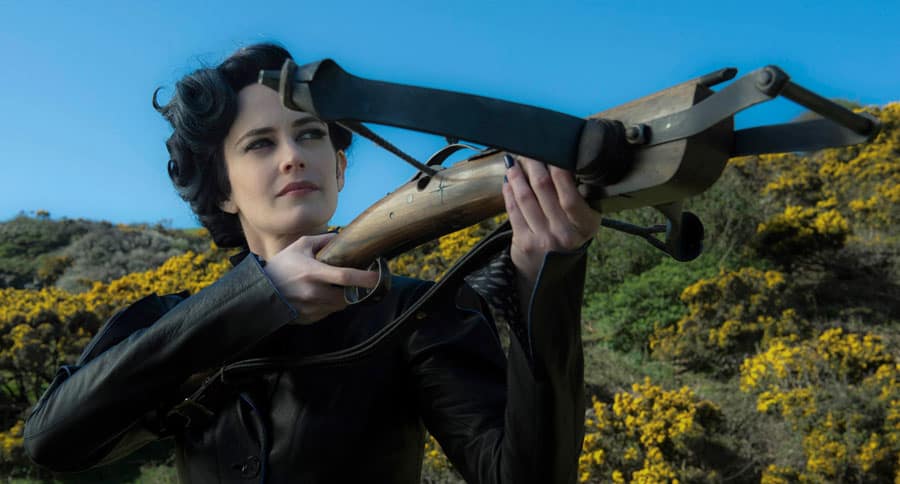 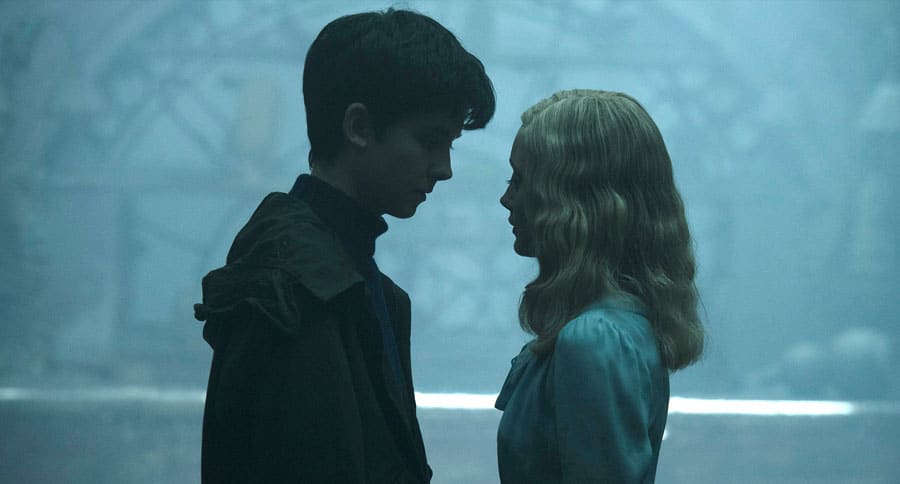 The story twist and turns back and forth between 1943 and 2016, and from the Isle of Wight to Florida and back again and also to London. There is a sunken ocean liner that is lifted with the forced air from Emma. There is another hidden Home in London that gets attacked by Baron and the evil crew. Miss Avocet (Judi Dench) has to run away and the Peculiar Children help her before Baron can kill her.

Jake has never found any special Peculiar ability that he might have. Except for the fact that he can see the Hollows, who remain invisible to everyone else. Miss Peregrine knows that Jake will be very helpful in the fight against the Hollows and against Mr. Baron. She will be able to use his special talents to keep the other Children safe.

So that is the direction of this new movie that NOT aimed for small children. There are some scary situations, along with many that are just down right odd. Yet, for a Tim Burton movie, it seems subdued and not as wild as many of his earlier ones. There is a bit of the darkness along with a crazy-quilt of characters. Just not as many as you might have expected in a Burton production.

Eva Green did a beautiful job in the role, and Samuel L. Jackson was very over-the-top as the big villain. Asa Butterfield was fair, but mostly bland, and there was not chemistry at all between him and co-star Ella Purnell. Judi Dench has a short role but is fun to watch, Terence Stamp has just the right look as the Peculiar grandfather.

This movie is available with 3-D, but except for a handful of scenes it does not lend itself to any great viewing. The production qualities were very clear and impressive. However the overly large cast and the odd shifting between time periods and places made the story very hard to follow.

By all means, leave your kids at home to go see this latest Tim Burton movie, especially if you have a taste for the Peculiar.