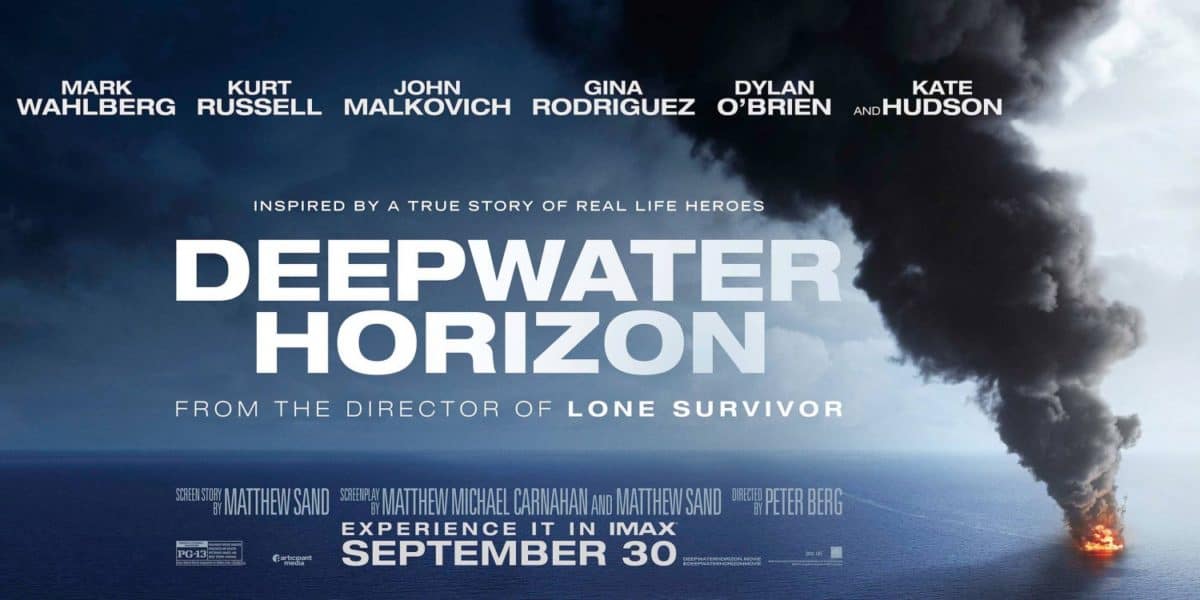 The ‘Disaster Movie’ from the ’80s is back, but in a more professionally produced package. There are no airplanes falling from the sky, but there is an Inferno, and it does tower. There is no sinking cruise ship, but a floating oil rig in the Gulf is in deep(water) trouble. The actual events of 2010 are recalled and given the up-close-and-personal treatment. “Deepwater Horizon” makes a statement about the strength of ordinary men and woman in a very extraordinary situation.

Mike Williams (Mark Wahlberg) is an oil rig engineer ready to take on another three week shift on the Deepwater Horizon rig. His wife Felicia (Kate Hudson) wishes for his safe return, as usual. He meets “Mr. Jimmy” Harrell (Kurt Russell) who is the supervisor on the rig. Mr. Jimmy is a no-nonsense leader who believes in safety first. Andrea (Gina Rodriguez) is a worker in the control room who helps keep the rig on target.

TransOcean is the company who owns the rig, and it is being leased by BP (British Petroleum). A few BP executives are on board, including Donald Vidrine (John Malkovich). They are worried that rig’s drilling has not been completed and tested in time, and now they are weeks overdue and millions are being lost. So there are reductions made in testing and not every normal regulation has been followed completely. The oil needs to be drilled already, dammit! 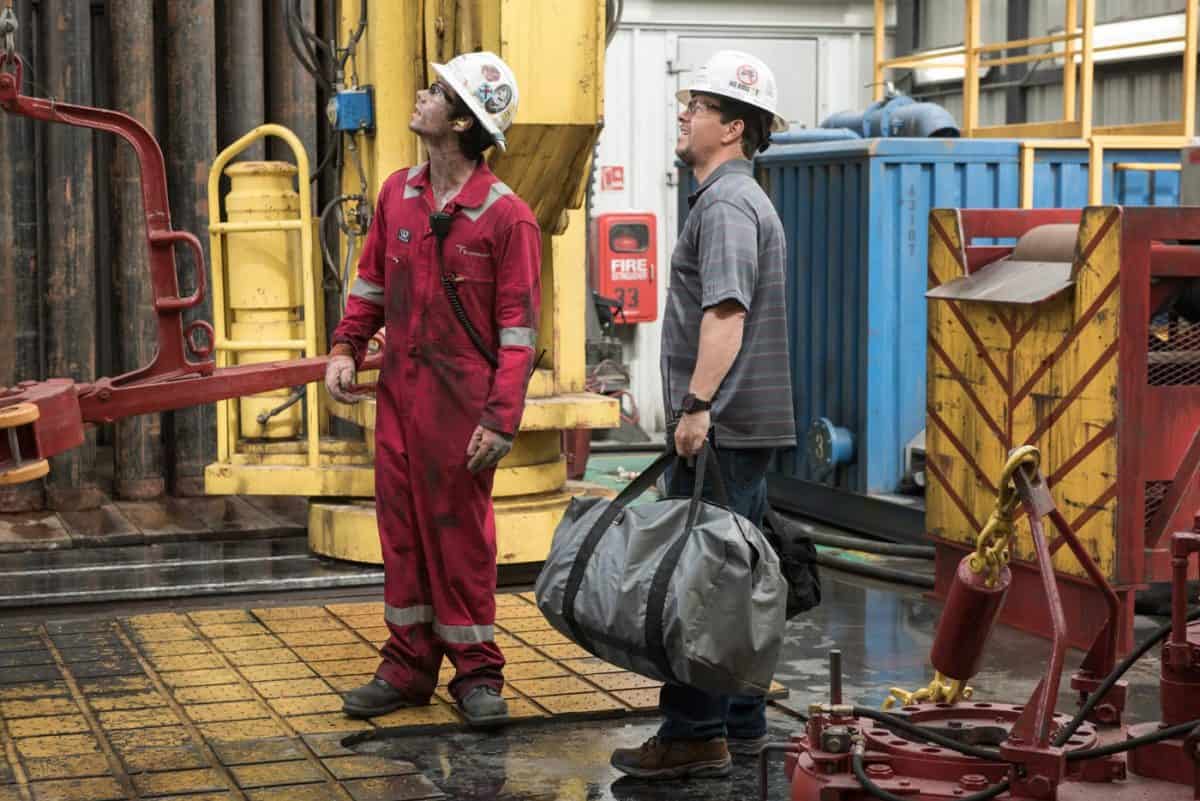 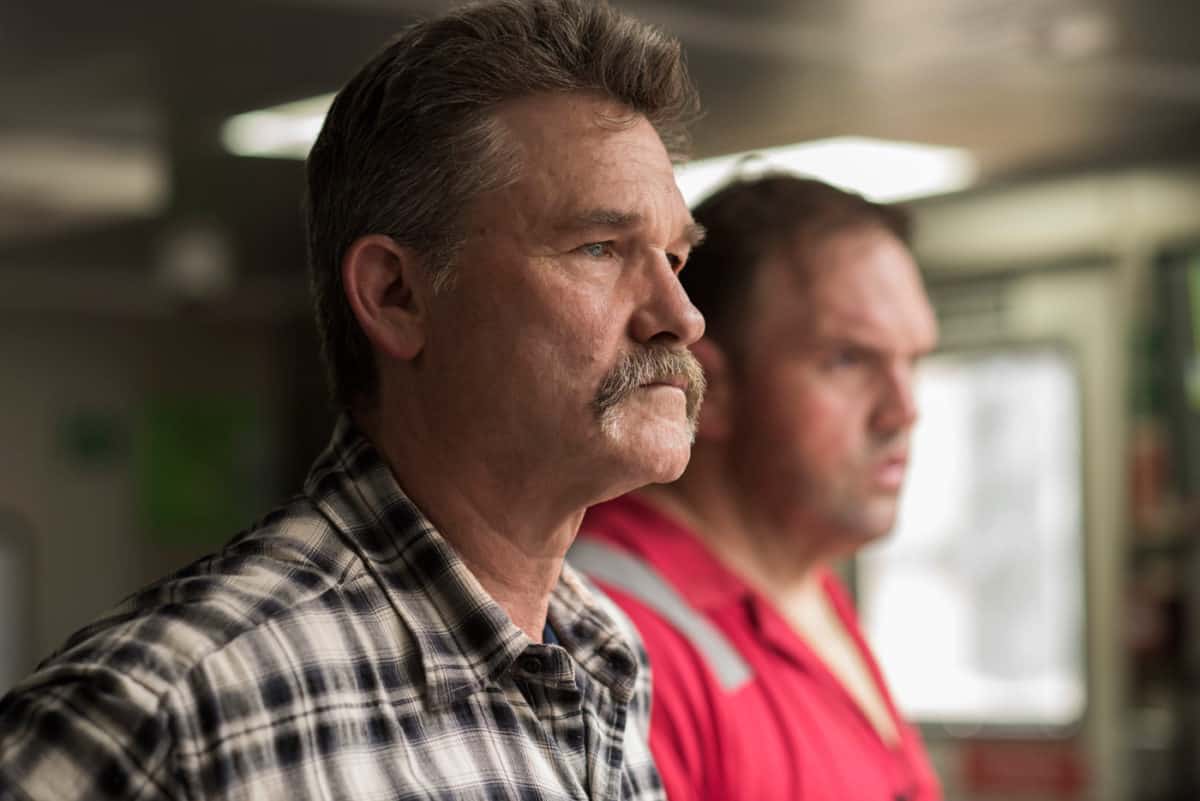 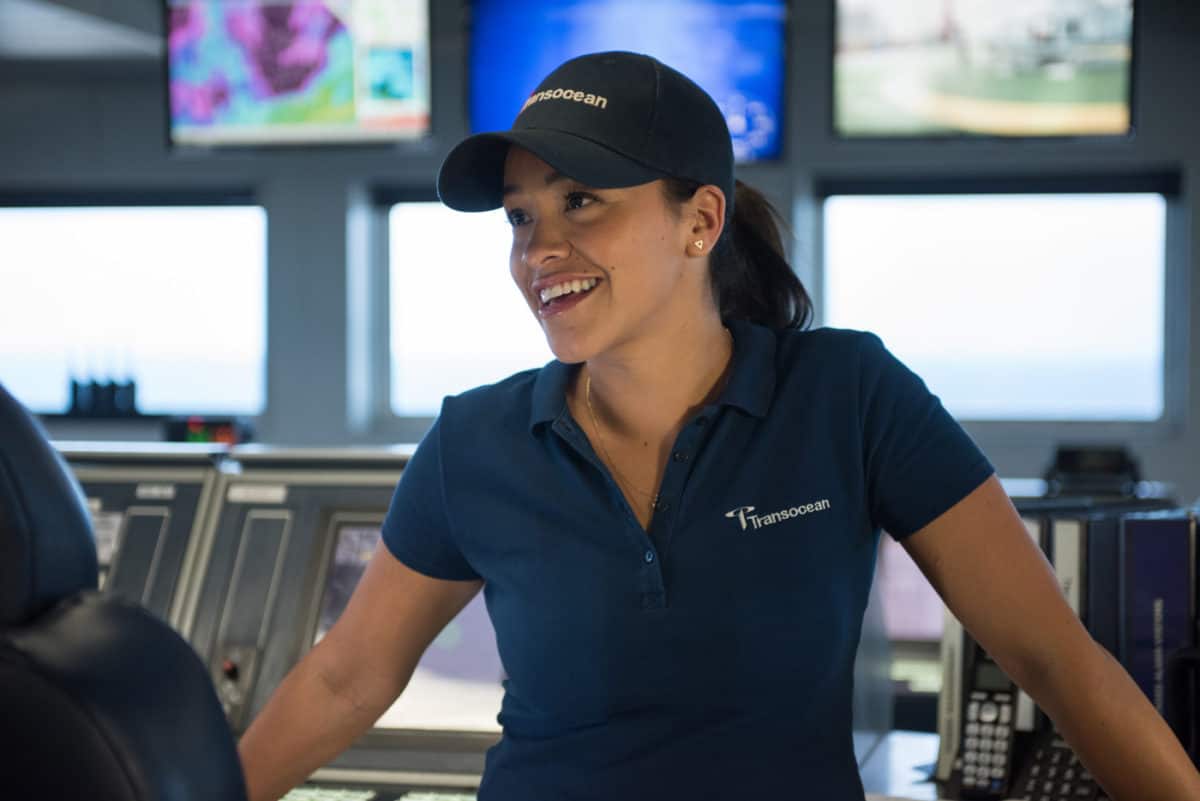 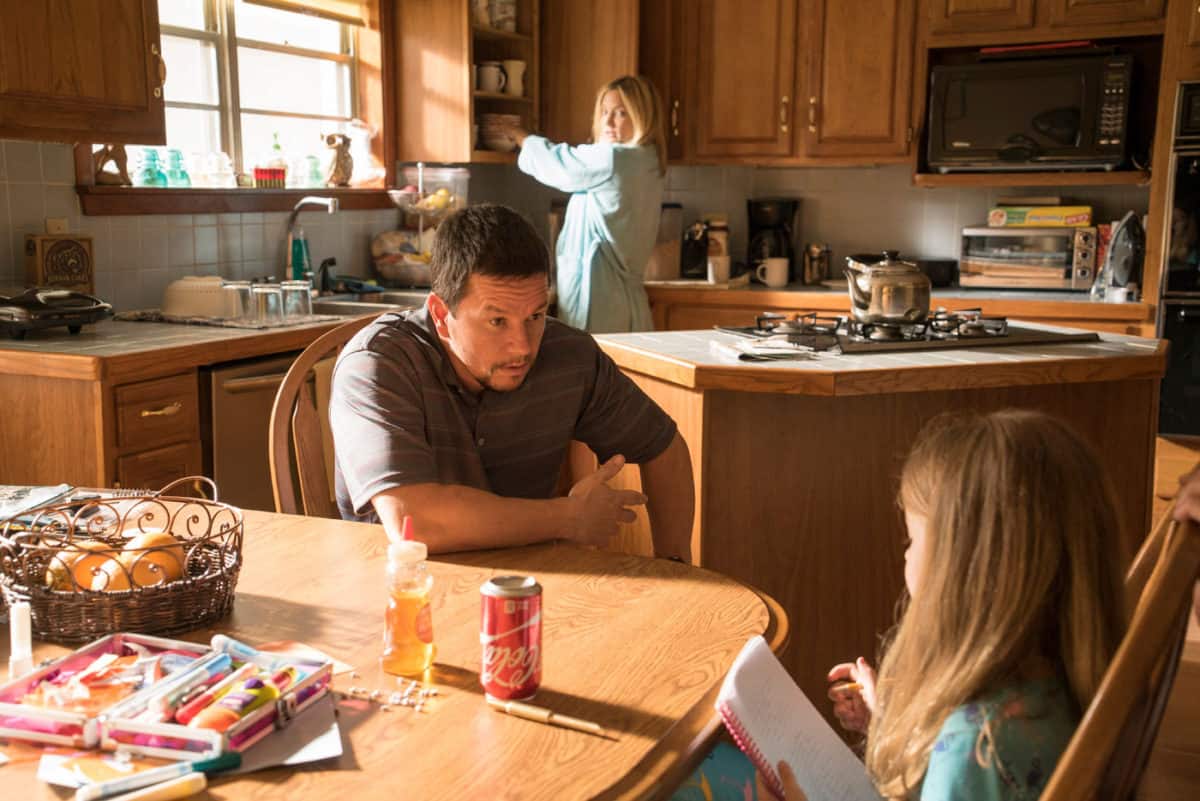 While running some functional testing, the results are unclear. The BP bosses, like Donald, want a quick retest done. But “Mr. Jimmy” and Mike and many other oil rig workers want every option completely tested. This includes Caleb Holloway (Dylan O’Brien) a guy on the main drill line floor. He notices that after the aborted test, there is some violent shuddering in the drill line. He starts to see the mud and oil oozing up from the drill. This is not a normal result.

Within minutes, the rig explodes with highly pressured oil and gas that had been trapped in the faulty drill line. Methane seeps into the air ducts, ready to ignite – and there is no place to hide. There are 11 people who do not make it out alive. But the remaining one hundred plus workers, engineers, pilots, cooks and everyone assigned to work on the Horizon are in trouble. There are many injured and people are in shock. The story of how the rest of them got out and helped each other makes for the second half of the movie.

Movies that are based on true life situations are interesting. There is a build up to an oncoming oil rig disaster or a double bird strike on a jet out of JFK. You basically know the story. But there so many details of the actual situation that the movie portrays, that you are still amazed to see the whole thing unfold.

Mark Wahlberg plays the smart yet humble oil rig expert, and he shows how average guy can become a hero in the right circumstances. Kurt Russell it a force to be reckoned with, and his character is devoted to by-the-book safety measures. “Mr. Jimmy” will not let the sneaky executives pull any fast ones, but when they get him out of the room…

Kate Hudson does her best to act like the loving wife, and she is nervous when she hears the news. Dylan O’Brien plays a typical oil rig grunt, the guys who are there pulling the pipe and manning the drill at all hours. The money-grubbing monster had to be played by someone, so John Malkovich was the only logical choice.

The acting plays second fiddle to the visual chaos of the Horizon under assault by flaming jets of gas and oil. The action scenes are so realistic that you also feel under assault. Everyone is covered in oil and blood, and the horror takes a human toll. The means to escape are few, and pathways to survive are slim. Special effects, computer enhanced imagery, sound design and mixing are all on display.

Peter Berg has taken a eerie chapter from America’s recent past with this event leading to the worst oil spill in history. But rather than focus on the long-term affects to the ecology of the Gulf, he instead narrows it down to the workers on the rig. We feel the confusion and despair of the men and women who made up that team. And at the very end, there is a fitting tribute to the 11 souls who perished on the disaster. With additional review (from this movie), perhaps there is some hope for changes and continued vigilance on the deepwater oil rigs.