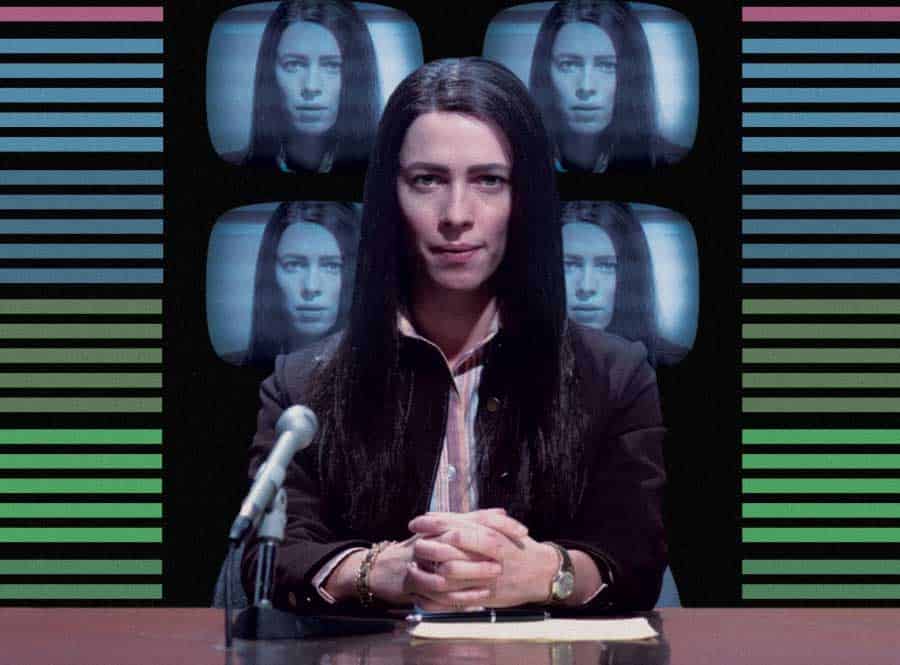 “Christine” is based on the story of Christine Chubbuck (Hall), an investigative news reporter in Florida, where she lived with her mother, Peg (Smith-Cameron).  The most compelling part , and it is fascinating, of this sluggish film is watching people behind the scenes at a news station in the 1970’s, work with the tools they had to work with to run the news in the pre-digital age.  They were still cutting film together before the advent of video tape and it’s especially interesting watching them scramble to put a segment together last minute from the very expensive film they were then using.  This is where we find, Christine; behind the eight-ball, unhappy at work and depressed.  Her editor, Mike (Letts), wants Christine to do more “exploitive” work.  Mike wants his reporters to work on stories that have grit; stories that sensationalize and grab the attention of the audience.  What she wants is to be taken seriously by the public and do good work; work that will get her a promotion. 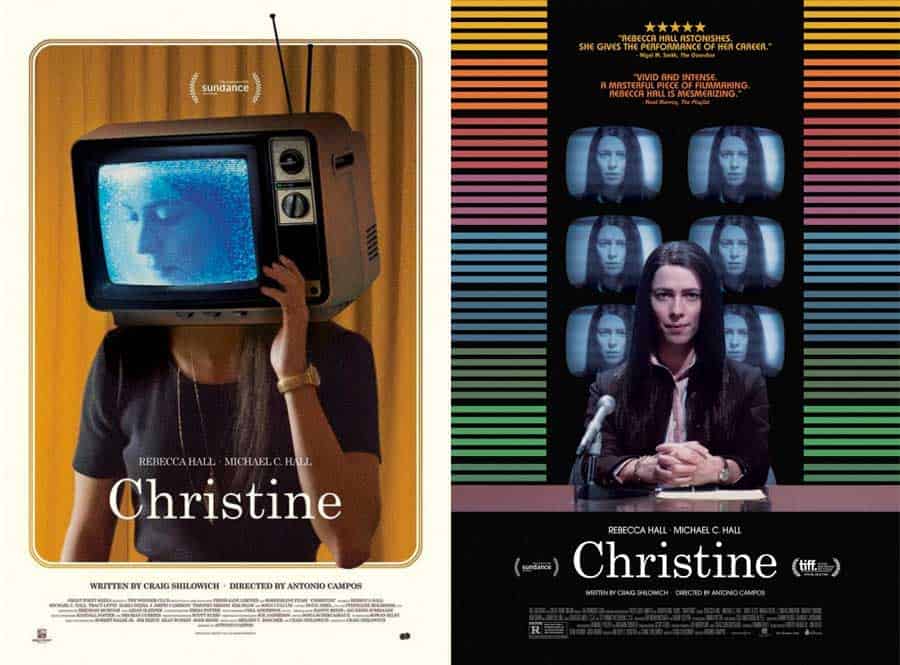 She struggles with the difference between what he wants and what she believes is right and when she finds out she has a tumor, Christine insists she leave her mark on the world even quicker.  Sadly, the film doesn’t concentrate on one subject long enough to give her one true and distinctive reason to be banal.  She’s unhappy but what can bring a person to be so tormented to bring them to do what she ultimately does?  She gives her editor what he wants, though.  She gives him a gripping story and a television first.

The film does exploit what eventually happens to Christine.  She gave Mike his story and she got the attention she dreamed of at the same time.  Unfortunately, the film depicts her as the coldest and most dreary individual ever born, with incredibly dry and humdrum dialogue.  Too dull that it becomes fatiguing to actually watch.

She gives her editor what he wants, though.  She gives him a gripping story and a television first.
Shari K. Green

Learning that Christine had never had love in her life, never had a sexual relationship and clearly was not able to cope with the cards she was dealt any longer that she commits suicide on television for all to see, got people to tune into the news and might be what gets you to tune into this, however, had director, Campos, concentrated on how Christine could get to this point and gone back further in her life, rather than jump all over the place, (even making it unclear as to exactly who Peg was at first), “Christine” could have had you more engrossed in the story, in who she was and quite heartbroken when she takes her life; rather than just mildly touched, a bit surprised and not sure of the films true purpose.