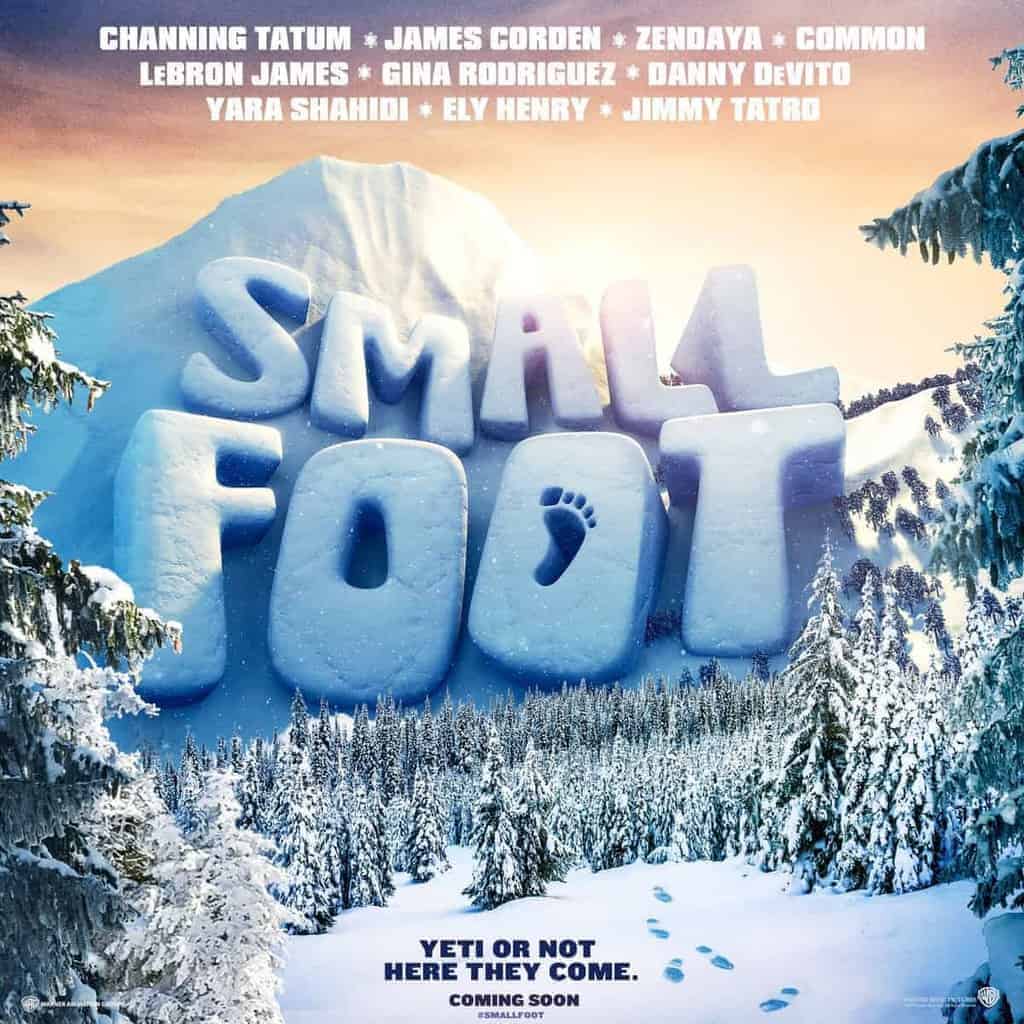 You may be surprised to hear this but when you get to the root of the message within this film, it gets rather philosophical. I wasn’t quite expecting for characters in an animated feature to attempt to heighten my awareness. ‘Smallfoot’ insists I always question things that I’ve been told, by using cute, Yeti characters who warn that ignoring your gut instinct is the proper thing to do. The way to get their complex message through to the audience, writer/director, Karey Kirkpatrick and a team of six other writers, have an elder exclaiming to his tribe to ‘push it down’ if anyone wants to examine things closer and to never believe what they see and hear with their own eyes and ears. Sound familiar? Anyway, written on stone is ancient text that tells them how to live. ‘Always be true to the stone!’ says the elder or ‘Stonekeeper’ (Common). If they do not, they will be banished. This is where we meet our protagonist, Migo (Tatum).

Being told they do not exist, Migo comes across a smallfoot, a human. With his own eyes, he watches a plane crash and sees a man get out. He runs to tell his clan that people really do exist and wants to show everyone his proof. Nothing seems to ever really work out for the poor guy which is part of the delightful aspects of the storyline that endears you to his character. He is a big goober who never does anything right but now he has something that will get him much desired acclaim and attention… or so he thinks. What it gets him is banished. The Stonekeeper isn’t interested in the truth coming out but hiding it no matter the cost.

On his own, Migo meets up with the SES, Smallfoot Evidentiary Society, led by Meechee (Zendaya). Together, they form a team to show proof of other beings by using science-based theories. Migo agrees to be lowered into the clouds where they believe a new world awaits discovery. Once he actually falls below, something you know will happen based on what has already occurred to our hapless hero, he sees a town and wanders toward it. Here, we meet up with Percy, a YouTube-type star looking for ratings for his wildlife show. He wants to capture video of and show the world that the Yeti is real and asks his assistant Brenda (Shahidi) to dress like one, for which she promptly refuses. Percy and Migo eventually stumble upon one another. What occurs next is hysterical, adorable and at times very moving. It’s deliberate on the part of the writers and the animators to ensure children see how important it is that we all listen as well as communicate properly to secure the very survival of our own kind. At points, the film is almost chilling but never once is it not impressive.

Well done Warner Brothers for bringing us something that entertains as well as educates the children without them realizing what’s hitting them. I love the idea that little nuggets of wisdom are dropped into young minds without their fully realizing it. Here, we touch on a great many subjects, those I’ve mentioned plus many others such as the environment. See ‘Smallfoot’ with the family this weekend to not only be amused and charmed but to be thoroughly engaged and enlightened.