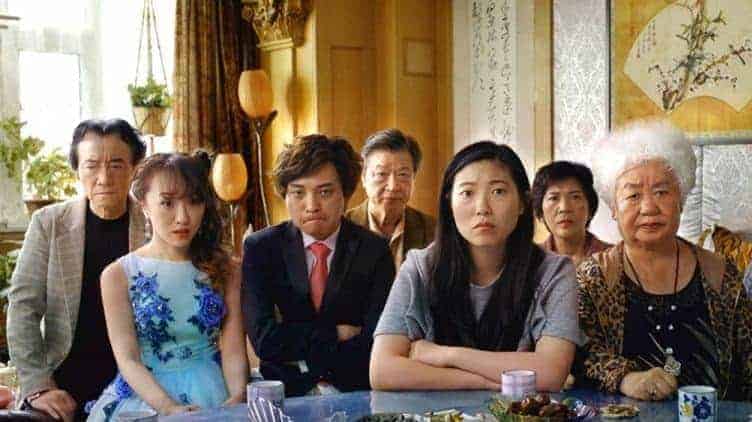 PHOENIX, AZ, Wednesday, March 13 – The Phoenix Film Festival is thrilled to announce their Closing Night Film as A24’s “The Farewell” starring Awkwafina (“Crazy Rich Asians”) and directed by Lulu Wang. The story is based on Lulu Wang’s real life and stems from a story she told on NPR’s “This American Life” podcast.

In “The Farewell”, after learning their beloved matriarch has terminal lung cancer, a family opts not to tell her about the diagnosis, instead scheduling an impromptu wedding-reunion back in China where the family can say their goodbyes.

“The Farewell” will screen at the Phoenix Film Festival on Sunday, April 14 at 7:00 p.m. To purchase tickets, visit www.phoenixfilmfestival.com.

After learning their beloved matriarch has terminal lung cancer, a family opts not to tell her about the diagnosis, instead scheduling an impromptu wedding-reunion back in China. Headstrong and emotional writer Billi rebels against her parents’ directive to stay in New York and joins the family as they awkwardly attempt to rekindle old bonds, throw together a wedding that only grandma is actually looking forward to, and surreptitiously say their goodbyes.

A heartfelt celebration of both the way we perform family and the way we live it, “The Farewell” masterfully interweaves a gently humorous depiction of the good lie in action with a thoughtful exploration of how our cultural heritage does and does not travel with us when we leave our homes. Writer/director Lulu Wang imbues “The Farewell” with warmth and knowing wit, while the uniformly excellent ensemble cast (anchored by a breakout performance by Awkwafina) invites us to share this extended clan’s joy and sorrow—and to feel, for the length of this remarkable film, like a part of their family.

“The Farewell” will be released in theaters July 2019.

The 19th Annual Phoenix Film Festival will take place from Thursday, April 4 to Sunday, April 14. Continually breaking attendance records since its inception, last year’s festival saw over 28,000 attendees and there are hopes to pull in even more film enthusiasts this year. The eleven-day Festival will once again be held at Harkins Scottsdale 101 Theatre located at 7000 E. Mayo Blvd. Phoenix, AZ 85054.

For movie lovers, this is an event not to be missed. Tickets and passes are on sale now and available through the Phoenix Film Festival website www.PhoenixFilmFestival.com. Tickets may also be purchased in person at the Phoenix Film Festival Ticket Center next to the Harkins Scottsdale 101 Theatre. Tickets range in price from $15 for a single screening to $450 for a platinum pass. For more information, call 602-955-6444.