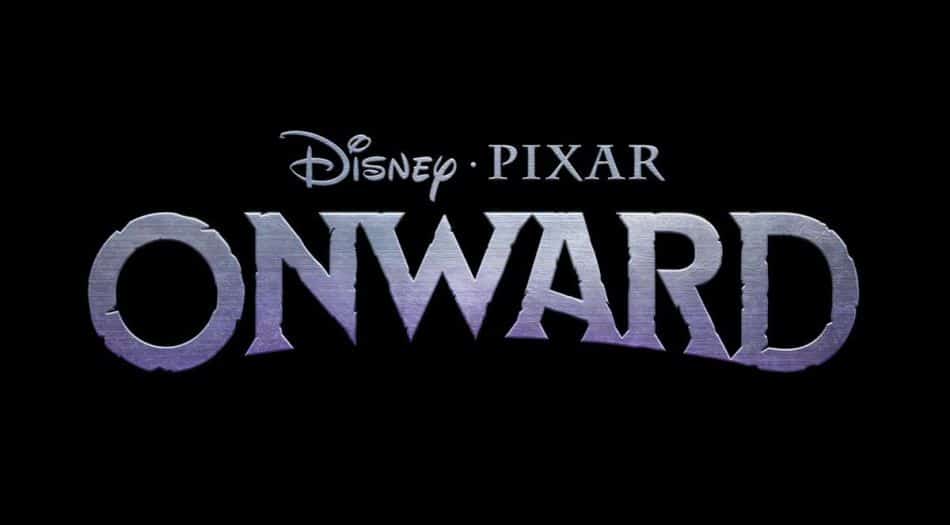 “Onward” is the new Pixar Studios release and they say it is an animated movie full of Wonder and Magic. But when you see it, you may Wonder – “What happened to the Magic?” The story is of a world where magical creatures grew up and lived with everyday Magic. But then technology overtook the Magic and it fell out of style. In this world, the mythical creatures all live in a world much like our own. Elves, Fairies, Dragons, Centaurs and many more types of beings are accustomed to stuff that is found in our world. Much of the fantasy and epic quests with Wizards and Magical spells have been lost to an older time. But when two brothers get a gift from a long-deceased Dad, they must use Magic to reconnect with him.

The Lightfoot family is a family of elves, with the dead Dad. But his widowed wife Laurel (Julia Louis-Dreyfus) is raising her two sons, both teenagers. Barley Lightfoot (Chris Pratt) is older and loves the old-time stories of Magical times and Wizards out on Quests. Younger brother Ian (Tom Holland) has just turned 16, and his insecurity is peaking. Laurel says that his Dad had put away a special gift that the boys could only have when they old enough. She gives them the gift, and it turns out to be a Wizard Staff. There are instructions to use a special Gem to conduct a Spell that will bring back the father. But this Spell will only last one day.

The Spell goes very wrong, and it seems to half work – but it only brings back Dad partially. Only his bottom half gets returned by the Spell – and the Magical Gem has broken. The boys are distressed that they will never see their father, and they must go out on a Magical Quest to retrieve another Gem. There is some coded message about a Manticore (which is a lion, scorpion, winged type thing), and the secret Manticore Tavern where a map can be found. Barley and Ian go on the Quest to get the map, and then find the Gem – and finally finish the other half of the Spell.

Corey (Octavia Spencer) is the Maticore owner, but the ‘Tavern’ is now a kid’s restaurant. She knows of the old adventures that she used to have, and the boys find out that the map is real. But there is an accident, and the Map is lost forever. But they high-tail it out there with a kids menu place-mat, and it has the secret instructions to the location. The two boys are on the journey in Barley’s old van, and the half-returned body of their Dad. So would that be “Two and a Half Elves”? They continue the Quest, and Laurel meets up with Corey to get her help in locating the boys.

Ian, Barley and the ‘Half-Dad’ bond in many ways on the journey. It becomes a dangerous and twisty path that leads to many close calls. They are confronted by a biker gang of Sprites on Harley Hogs. They are pursued by the cops, many of whom are Centaurs and Fawns. Laurel and Corey are also hot on the trail of the boys. Because – once they find that Magical Gem – they boys will be threatened by a Protection Spell that will conjure up a Dragon. The Quest goes on and on and the 24-hour period is running very short. Will the boys be able to retrieve the Gem and contact their long-lost Dad? Will the team of Corey and Laurel find the boys in time to stop the Dragon attack? Will the Pixar merchandise from the movie be out in the stores in time for various tie-in sales?

Pixar has made some amazing movies in the past. Even their half-hearted efforts are pretty good. “Onward” falls into the middle patch. It is beautifully designed and the voice talent is right on target. Chris Pratt and Tom Holland have a brotherly bond in their roles, and they make the best of it. Julia Louis-Dreyfus and Octavia Spencer have a less interesting story, and they do the best they can. The writing is enough to keep little kids entertained, and there are some clever moments. But it never reaches deeper into your soul to really connect with you.

“Onward” has a nice original story, and it correctly gets the importance of family bonds (especially between brothers). It will thrill the people who love adventure games like Dungeons and Dragons. But if this movie wants to catch up with the Pixar greats (such as “Toy Story”, Finding Nemo”, “Up”, or “Inside Out”), it will have to continue “Onward”…

@peepso_user_49339(bg00d) I LIKE THIS MOVIE. CONGRATULATION TO PIXAR AND DISNEY
1 person likes this

@peepso_user_45175(JMcNaughton) Disney AND Pixar always make quality movies. This one was fun to watch, and it had a lot of clever ideas. I just think it is in a slightly lower rung then "UP". Just think, in a few short months, another new Pixar movie will be released ("Soul"). Pray that they can get a handle on the Coronavirus - and it does not close all movie theaters...
1 person likes this

@peepso_user_16940(TinaGaffney) I really enjoyed this movie. It was much better than I thought it was going to be. The backstory really helped make the movie better. I also like the brotherly relationship that formed by the end. I definitely think this is another hit. 💙

@peepso_user_16940(TinaGaffney) I really enjoyed this movie. It was much better than I thought it was going to be. The backstory really helped make the movie better. I also like the brotherly relationship that formed by the end. I definitely think this is another hit. 💙