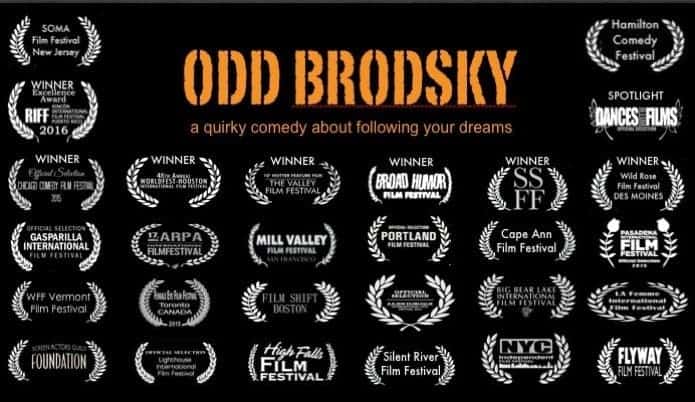 Everyone knows independent film is where it’s at these days.  You can’t argue the facts.  Their creators aren’t inhibited like filmmakers working on big budget films.  They have all creative control over their art.  If you want something unique, indie has the pickle for your palette.

Today, are you looking for an interesting indie film that can give you a good chuckle?  If ‘yes’, then I have the perfect film for you to add to your list of must-sees.  Odd Brodsky.  It’s… odd… and that’s its charm.

It’s not impossible to believe that every single one of us has found ourselves in a situation where we feel a little out of place; a bit uncomfortable where we stand or who we are surrounded by at a given moment.  Oftentimes we are facing a position that doesn’t give us the level of comfort we’d prefer to have and we’re troubled by that.  Well, imagine this is the norm in your life; that this IS your life.  Meet Audrey “Odd” Brodsky, the spirit for which filmmaker Cindy Baer introduces you to such an existence.

Odd Brodsky is a comedic story loosely inspired by some of Baer’s own journeys on this planet, and if you’re a filmmaker you’ll especially appreciate the whimsical musings of these familiar attempts at making it in the business.”

Aud… Odd is a woman who has made it her life’s work not to fit in and has accepted her fate… or has she?  In what feels like a one hour and thirty-three minute SNL skit, Odd and her gang of friends are trying their best to make something of themselves.

Working in Hollywood and being an actress seems to not only be Odd’s passion but also the only thing with which she excels, ‘Acting makes me braver than I really am.’ 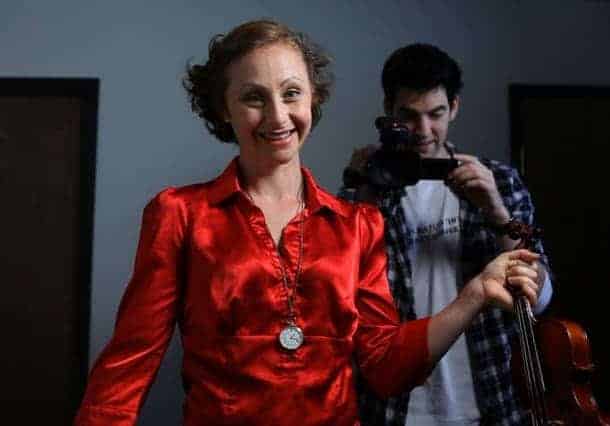 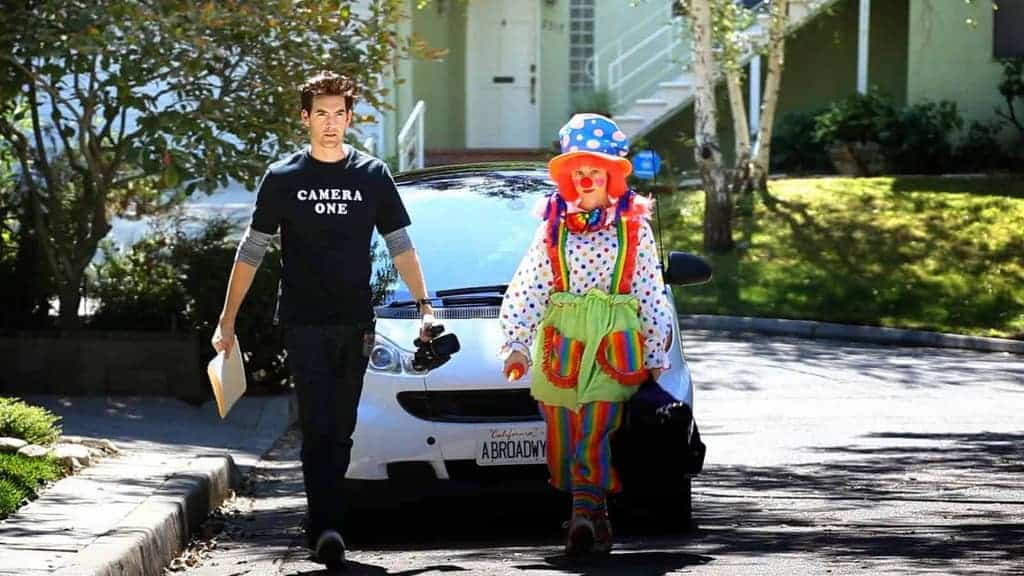 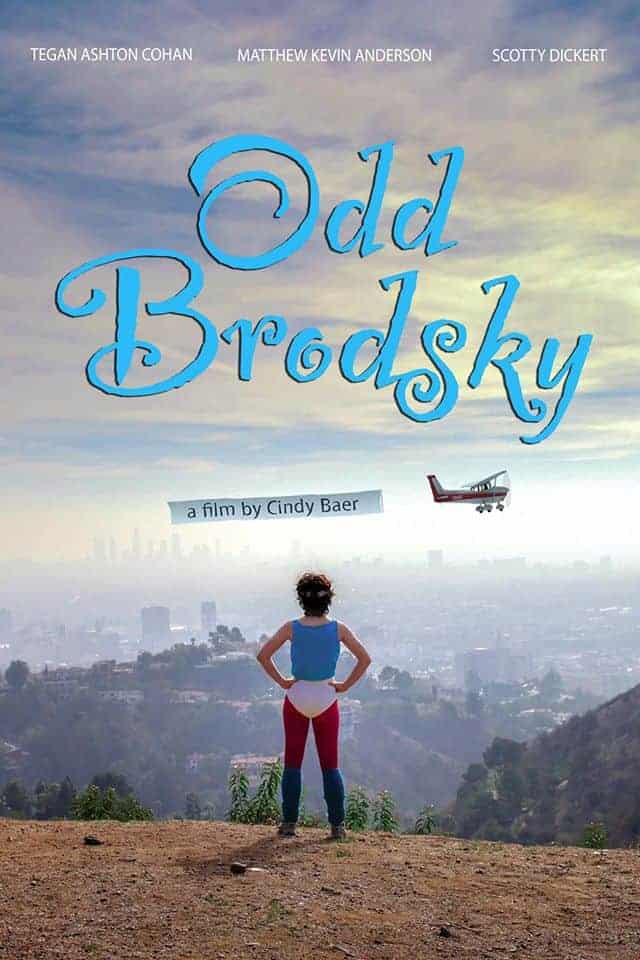 Audrey’s friend Sammy is producing a play that gives writers Baer and Matthew Irving an opportunity to bring on the silly. For instance, when Sammy is looking for a particular actor to be on stage who is playing the part of God in her stage show Hell is Here, she shouts for him, and the way this whole scene plays out… I almost choked on my chips.  It’s hysterical.

Now thinking maybe behind the scenes is best for her, Odd decides to produce a reality show.  Again with the laughs… of using scenes to their fullest; labeling people such as Photolab guy and Camera One.  It’s great!  Odd moves from building to building and as she moves back and forth, painted on the wall, literally on the wall, are the paths she’s choosing.  The symbolism is great fun.  Very clever.

Tegan Ashton Cohan is so wonderful as Audrey, and with her, Camera One, is perfectly cast.  Matthew Kevin Anderson shows the perfect emotion for what he’s going through and the feelings he’s starting to have for Odd.  Grand kudos goes to Baer for handling the role of Sammy and keeping her fellow actors in mind at the same time.  She handled this set well and it is abundantly clear that she has the product to prove she… made it.

Warning to you, however.  You’ll want to find Cindy Baer and give her a big hug after watching this movie, because not only did she entertain you, but you can’t help but wonder how much of this is reality and how much pressure had she truly felt deep down growing up?  Did her family support her?  Well, if they didn’t, she proves them wrong with this winning film.  Not only that, she makes fun of it so you know that if the pain was there… it certainly isn’t now.

Impressive job, Cindy Baer!  Genuinely delightful film.  I cannot wait to see what you, even Audrey, has in store for us next… until then, may I borrow Camera One?

Here are VOD links for you to watch Odd Brodsky!