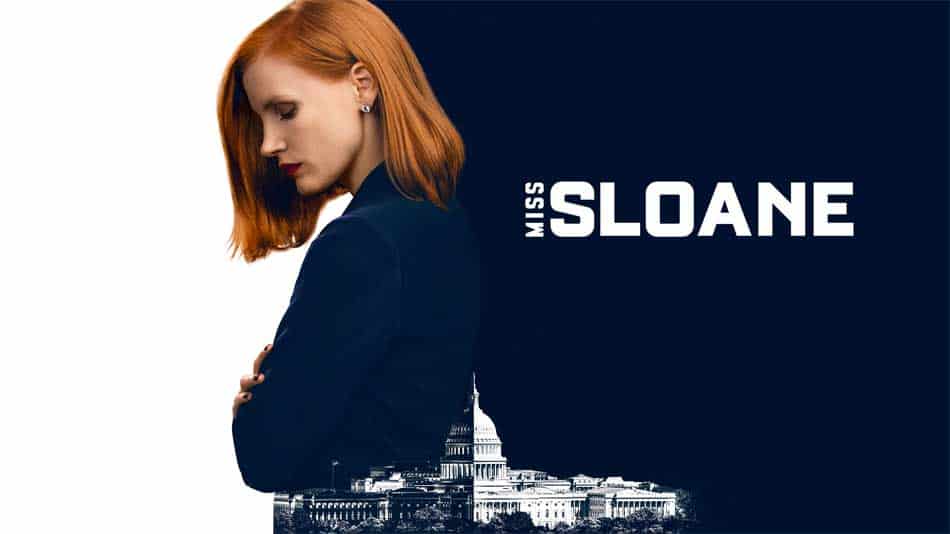 From “Shakespeare in Love” director, John Madden, comes “Miss Sloane”, a furiously clever film that has today’s politics in mind but is not its only theme.  It’s the story of a very efficient and skilled, nay cutthroat, lobbyist, Elizabeth Sloane, played by Jessica Chastain, who takes no prisoners when she wants to win for a client, putting any and everything in peril, including friendships, to do so.  One thing the film does more than anything, especially at a time when the country seems to really need it, is make it clear to a filmgoer exactly what a lobbyist does.  Let’s start with the definition of a lobbyist; one who engages in “lobbying”; trying to influence public officials to support a position on legislation.  It’s fairly obvious where the term may have derived from which is from these particular individuals waiting in the lobby outside a public official’s office.  Yes.  A story about a lobbyist just became compelling 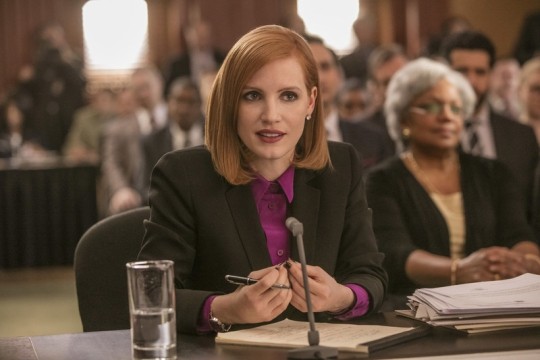 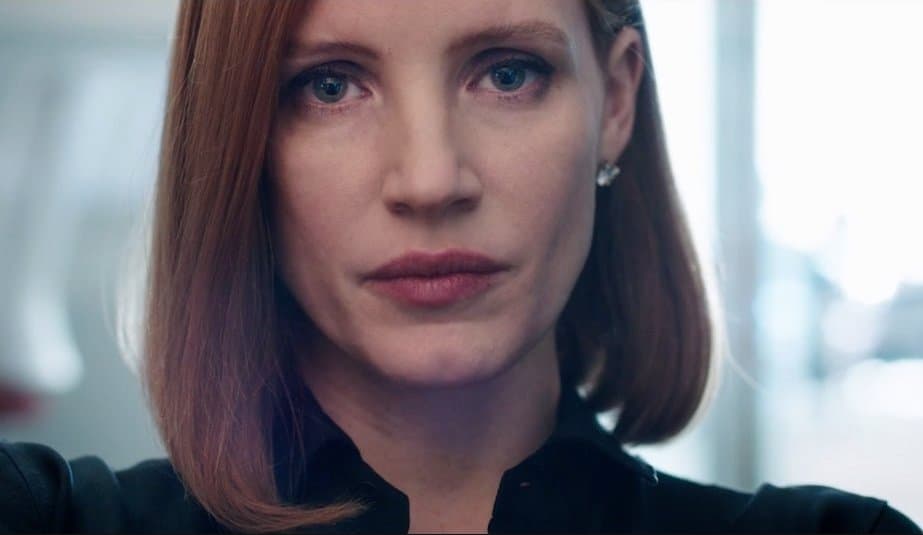 Screenwriter Jonathan Perera penned such a monumental script that Madden had to direct and knew right away who to cast.  It’s so intense that he knew the very diverse Chastain had to be in the lead role.  He had been searching for the right project for her and this was it.  Of her as Sloane he told me, ‘Okay, now we have it!’  You’ll agree when you see her transformative performance; the best I’ve seen from her to date.

This will most likely be considered a political thriller as it centers on the D.C. lives of lawyers and lobbyists but it’s much more.  Sloane is a master manipulator and at the heart of this movie is the ambition within her to win at any cost.  This cold, hard woman who could be placed in any position, anywhere; who would have any ruler at her feet, doesn’t have to be pegged into a certain hole nor does the film.  It’s a thriller, plain and simple and you get to see Chastain work both ends of the spectrum.  I’ll let you discover that on your own.  There is so much I want to tell you but I refuse to spoil it all the same.

“Chastain will get an Oscar nod.  Her character is brilliant and her performance is, possibly, twice as good as the film.”
Shari K. Green

Madden’s cast is exceptional.  Chastain will get an Oscar nod.  Her character is brilliant and her performance is, possibly, twice as good as the film as she goes deep to find this steely woman inside of her.  Perhaps some of the tedious language of the political rhetoric in the film would have you thinking you’d rather skip this movie.  Don’t make that mistake.  A lobbyist advocating for or against gun control may be a point in the film; it’s no way the main topic but rather a catalyst to move Miss Sloane forward.  The pacing of the movie is such that you’re always consumed, helped by Madden’s foresight to capture you further with the perfectly chosen music so make “Miss Sloane” your choice this weekend at the theatre… no waiting until Netflix for this one.