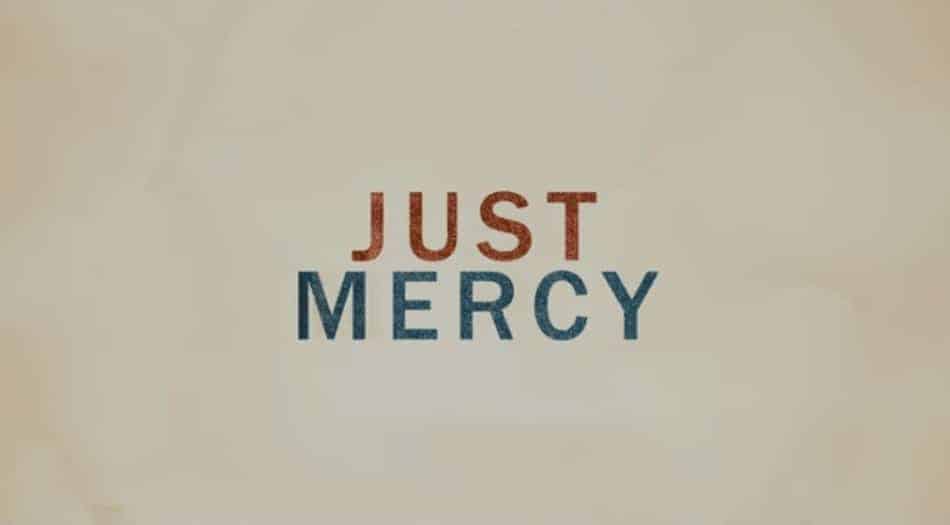 “Just Mercy” is a moving and emotional plea to end the death penalty and create a fairer justice system. That sounds like it could be a boring and high-handed attempt to push you to believe one way or another. But in reality, it is a powerful view of Southern poverty and bigotry and how it overwhelms the justice bureaucracy. When you are Black and poor in Alabama, you are born with a target on your back. It follows the work done by a young Black Harvard lawyer from up North who set up a small office to help those on death row. The results are a satisfying movie where you want to see justice done for all those people involved.

Based on a true story, the young lawyer named Bryan Stevenson (Michael B. Jordan) moves to Alabama after graduating from Harvard in the late 1980’s. He is there to set up a no-cost legal assistance organization for people on death row. Bryan is Black, and he grew up in the Projects in New Jersey. But he had never lived through the turmoil of the bigoted South. He quickly hires an assistant named Eva Ansley (Brie Larson). She is willing to put up with the sneers and the side glances of her neighbors, because she knows that justice was not served. There are many poor Black men on death row, and a lot of them were railroaded into a conviction based on faulty evidence and coerced witness testimony.

Bryan meets a man in prison who is sentenced to death for a murder he did not commit. Walter McMillian (Jamie Foxx) – known as Johnny D, was set up with false testimony. The white man who was the only witness for the prosecution was Ralph Meyers (Tim Blake Nelson). He is a poor no-account who was up on charges himself. He suddenly got a reduced sentence after he testified against Johnny D. But Bryan thinks that there is something fishy going on with this case, and with a few other cases in Monroe County. Many of the Black men on death row have the same M. O. – lack of evidence, bad testimony, all-White juries, and so on. It is just the way is done in Alabama. It is crazy how the townsfolk bring up the local author Harper Lee and her book about wrongful prosecution (“To Kill a Mockingbird”).

Other prisoners on death row include Herbert Richardson (Rob Morgan) and Anthony Ray Hinton (O’Shea Jackson Jr.). Herb did set off a bomb and someone was killed, so he accepts that his future fact is the chair. Ray knows that he did not murder anyone in a robbery years ago, and he was unjustly convicted. Bryan does what he can in all these cases to try and get a little bit of justice. The sheriff and his deputies are less than honest when it comes to treating people equally under the law. The new District Attorney Tommy Champan (Rafe Spall) was not in office when many of the bad cases were tried in court. But he is not prone to rocking the boat in a small Southern town.

Bryan gets a hearing for Johnny D. to hear new evidence about Ralph Meyers testimony. Meyers recants is earlier vow that Johnny D. was the murderer at the scene of the crime. He was pressured by the sheriff into giving false testimony. The judge reconsiders all the new information. But ultimately, there is no change for Johnny D. He will remain in prison, and on death row. Bryan attends the execution of Herbert Richardson. All of Bryan’s attempts to clear Johnny or get him a new trail have failed. Bryan is mortified when Herb is finally put to death. It makes Bryan swear to fight even harder to get justice for all these people on death row.

So, all bets are off and many years have passed. Johnny D. spends his days on death row, and he is resigned to never seeing freedom again. Everything that Bryan and his legal team have tried so far has gone nowhere. But they have proved that Ralph Meyers had given false testimony at the trial, and that he later recanted. There is one other long shot that Bryan can try. He takes up the case to be dismissed. But will the judge allow any new motions to be heard? Will the new D.A. put up a fight against Bryan to reopen and throw out a case that has been decided and appealed? Will Johnny D. and his family find any justice in the ‘justice system’?

“Just Mercy” is a well-made movie that digs in deep to the recent history of discrimination and inequity down in the South. Not that there is an absence of any impropriety in the rest of the nation, it does seem to be thickly spread in the South. When true stories are told in movies, they tend to gloss over some of the important items. But this one seems to follow the truth of what happened in these cases.

Bryan Stevenson is a good-hearted man who can stay focused on the truth. His persistence has paid off, because his legal research team has found over 140 prisoners on death row and now their have the convictions overturned. Michael B. Jordan does a precise and poignant job playing the civil rights warrior.  Jamie Foxx is terrific as the man falsely convicted and finally blessed with freedom. Brie Larson has a much smaller role, but she handles the Southern accent gracefully.

For a movie that can punch you in the gut, but then turn around and give you hope – “Just Mercy” is Just Excellent.