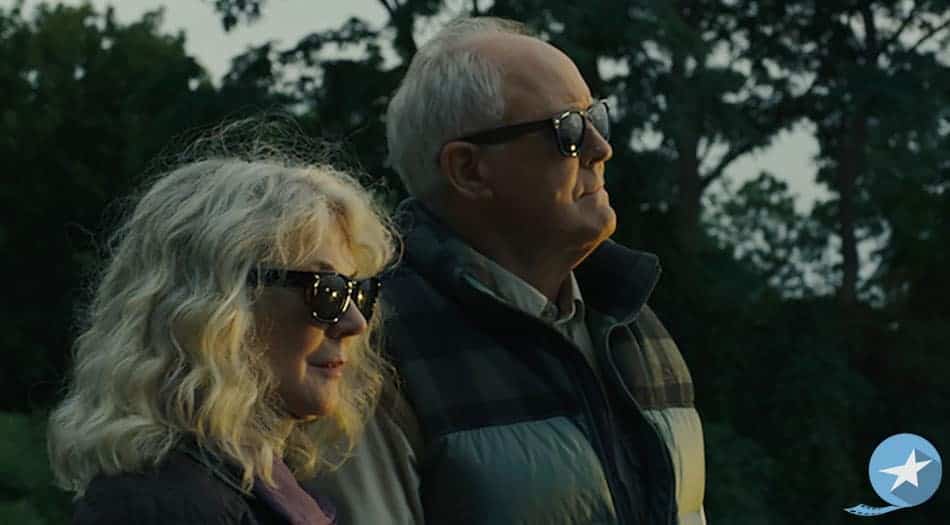 Noble Jones wrote and directed the film ‘The Tomorrow Man.’ It’s about Ed Hemsler who spends his life preparing for trouble that he will hopefully never face. Ronnie Meisner, a woman he meets while he’s purchasing more stuff to hide away, spends her life buying things she most likely will never need. Somehow, they meet and attempt to fall in love but when their stuff means more to them than any person ever will, can they? The film stars John Lithgow, Blythe Danner, Derek Cecil, Katie Aselton, Sophie Thatcher and Eve Harlow. Jones has been working in films for a long time but is just now getting to his own first feature film. He worked as second unit director to David Fincher in the film ‘Social Network’ but most of his experience has been in the music video genre which tells you he knows how to do a lot with a small window; how to get the best shots from every frame. He has worked with artists such as Taylor Swift, HIM, Seal, and One Republic.

‘The Tomorrow Man’ is his leap into features, a film that he not only wrote and directed but shot, as well. I had a chance to speak with him and was wondering if maybe he didn’t bite off more than he could chew by not hiring a director of photography. Looking back, would he have preferred to have worn fewer hats and how did he get this ridiculously outstanding cast for his first feature film?!? I had a chat with him today and asked him these questions and a few more.
Here is that chat. 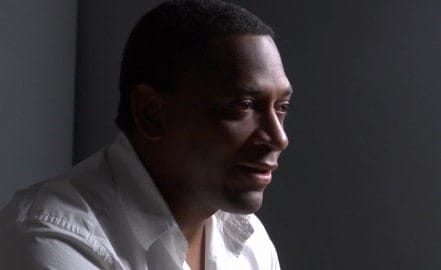 TMC: You wear a lot of hats. With ‘The Tomorrow Man,’ why did you shoot this as well as direct after having written the script?

NOBLE: It’s just the way I’ve always worked. Well, I mean, as far as directing and shooting, I’ve done that for most of my career, so it made sense. In this case, with the movie, there were economic benefits of it, and they felt it would be best served put on screen and seemingly, that I was able to handle it; just went ahead and did it and it worked out pretty good. The writing? I became a writer years ago. I received a lot of scripts from somebody anonymous and nothing seemed to click for me. I started writing for myself and then there were a few projects I was working on with David Fincher and he actually encouraged my writing and then I got American Psycho, it’s probably on IMDB or somewhere out there, but that kind of got me writing in a more serious capacity. It became a matter of just, kind of, doing the job. I still work on many screenplays. This one was like a small, little character-based piece with a kind of interesting illusion that I kind of bring very organically, you know?

TMC: On Late Night with Jimmy Fallon, John Lithgow (who stars as Ed in the film) said he adored the film and that your movie is like ‘Silver Linings Playbook’ for older folks. Did you like that?

NOBLE: Yeah. I thought that was pretty funny when I heard that. I’ll accept his assessment. (Laughs) He’s just so wonderful. I love hearing him talk.

TMC: Older actors don’t get a lot of work, but I thought it was refreshing to watch these two work together so,  thank you for bringing them together and for not being afraid to make your first film a romance about an older couple. Did you ever second guess that decision?

NOBLE: No. I mean, I wrote something that I wanted to be peculiar and interesting and unique and, you were saying, it is rare as were many of my criteria. So… no. I don’t regret it at all. In a way… again, I’m not quite sure how, (when I write I don’t write specifically for actors), but… but it was something that I was fascinated with; the idea of this man, at the end of his life but he’s also pretty knowledgeable with the internet… I just wanted to juxtapose the form, if that’s the word, of a role man between what you might see in teenagers with casting older people and then watching.

Because, that’s one of those things I always thought was interesting, particularly in men, though I’d imagine women might feel this way, as well, but you never quite realize you’re not eighteen anymore until you try to do something that you shouldn’t; attempt to jump into a supermarket cart or something. You’re elated. You have all this energy as a result of meeting this person and you want to run, jump and skip but your hip hurts. (Laughs) A lot of it was playing on that. On the idea of, ‘Oh! Isn’t it great to be in love again?’ And, ‘Oop! We can’t do that.’

TMC: With your characters, Ed and Ronnie, Ed holds onto things in case of trouble and Ronnie, since her daughter’s death, can’t release things. There’s a correlation there and a balance showing two reasons for hoarding. Was it your intention to examine that relationship or was it just a happy accident?

NOBLE: Not to wax philosophical but that really was what it was. The need to serve the mechanics of it was an examination of two different versions of thrills. The idea that you can find some kind of salvation or solace but something more emotional, or even spiritual, if that’s more appropriate but it’s through material. In his case, it’s more of a structured use of it; analytical. ‘I need this. I need this. This piece will fit with this.’ That kind of approach to things. Versus her, it’s more scattershot but still resourceful. You can attempt to prepare for every eventuality and then step off the curb and get hit by a bus. I’m from New York so that’s a very real possibility. That always fascinated me. How the world, or universe or whatever, works. Some people make it home from Vietnam and some people step off the curb. He’s trying. His thing is survival. One person sees it as a non-issue, the notion of survival, and the other person sees it as being the center of his existence. The plan to survive.

TMC: How old were you the first time you wrote a script?

NOBLE: The very first time? I was probably seventeen. I saw Star Wars and wrote a movie.

TMC: That movie inspired many of us. So, how did you such an outstanding cast for your first feature film?!

NOBLE: I was very fortunate. John (Lithgow) had changed his management company and what happens is, there’s sort of a honeymoon period where, I don’t know this for sure but I’m suspecting, that they threw a lot of material at him and he looked at this one and signed. We were at a lunch very shortly after he read it and he had to go off and do ‘The Crown’ for a year and then he ended up doing ‘Daddy’s Home Two’ just before we started production for a month. But that was it. There was another film I was involved in that didn’t come together and what happened… the right thing happened.

TMC: What was the experience like as you watched your film with an audience for the first time?

NOBLE: I was at Sundance. It was with a huge room of about 1,200 people. It was great. It was really fun. I liken it to having a kid and watching them go play a game of soccer. You know? You do the best you can and then you put them in their uniform and send them out on the field and people are charmed by them, and they fall… and you stand them up again and people laugh. And then people go, ‘Awww!’ And then the game will be over in a predetermined amount of time and they come back, you brush their knees off, and it’ll be okay. That’s kind of how it felt. I smiled a lot. People seemed to like it. I’ve been doing these press screening and other types of screenings and it’s a very interesting process; people coming out of the theatre with dilated pupils and big smiles… grab me. (Laughs) I’m sure not everyone’s in love with it but there are a lot of people that really are and it’s just a nice thing to see. I was at a theatre in Los Angeles and a deaf woman, must have been seventy or eighty, and she came over and signed that she loved me. That was really nice. She was vital; a tiny, tiny woman. She signed and smiled and took pictures with me… followed me around in the lobby. It was great. I loved it.