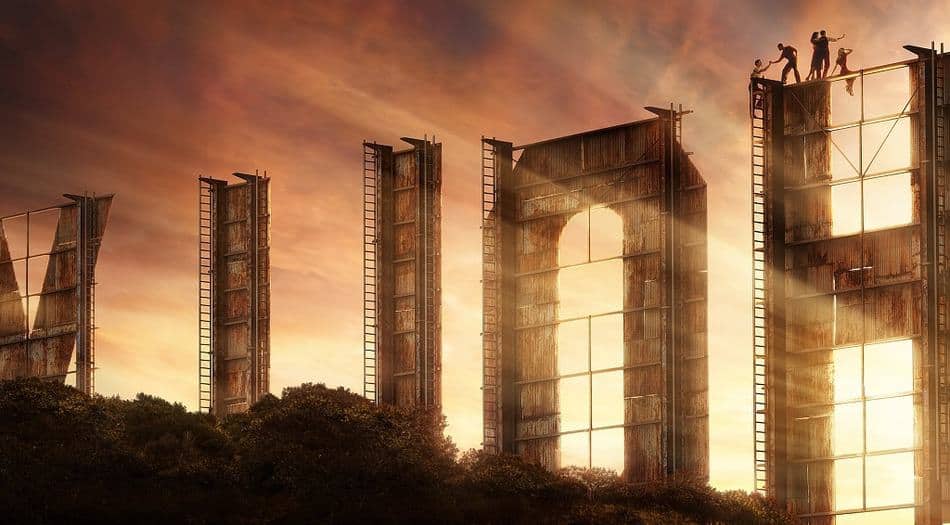 While watching the Netflix limited series’ Hollywood,’ I wondered if any of the characters are based on real people. Having watched and reviewed the documentary ‘Scotty and the Secret History of Hollywood,’ about the life of Scotty Bowers from his memoir, ‘Full Service,’ the series seemed to mirror it quite a lot. I couldn’t help but see the comparisons.

Knowing what happened in Full Service makes you wonder if a lot of this really happened. The use of the gas station, who went there, and to do exactly what challenges one to want to dig a little further. After watching ‘Hollywood,’ I suggest you give ‘Scotty and the Secret History of Hollywood,’ a watch, too. You’ll notice that there are other similarities which you’ll find compelling, I assure you. That said, let’s move on. Ryan Murphy, the creator of some truly excellent tv watching, such as ‘Nip/Tuck’ and ‘American Horror Story,’ gives us ‘Hollywood,’ his second Netflix series.

Along with Ian Brennan, who he worked with on ‘Glee’ and most recently, the Netflix series, ‘The Politician,’ set out to give the viewing audience something to look forward to until the return of ‘Ozark.’  ‘Hollywood’ is appealing in many ways. It’s both fantasy and reality and, it’s unique. It meets any entertainment challenge you might want to set.

The story is about a group of actors and would-be filmmakers, in the late ’40s, who will do anything to make it in Hollywood no matter what is asked of them. One key player, with stars in his beautiful eyes, is Jack (Corenswet). He’s a World War II veteran who just got out of the Army and wants to prove that he’s more than just his uniform. He wants his name encased in cement in front of Grauman’s Chinese Theatre. He’s only one in a plethora of characters you’ll get to know who is trying to navigate the Hollywood system and make it in a place where the odds are against you at every turn. The show mostly focuses on issues of sexuality, but it penetrates further into the history of the town’s other discrimination practices, as well.

Unfortunately, it wasn’t always your talent, or lack of, that went into deciding whether you’d be hired for a job or not. Your gender, your race, and who you were willing to bow down to played probably the most significant role of all. This is made clear in many ways throughout this engaging and fascinating series.

Interestingly, they tackle the story of Rock Hudson (Jake Picking) through the lens of predator agent, Henry Willson, who’s played by Jim Parsons. Quite frankly, I wouldn’t have guessed Parsons could pull off such a slimeball, but he does. It’s a performance to see. He gets down to business immediately, scaring Rock (the name Willson gave him) by saying he, the mighty powerful agent, will bury the young man if he doesn’t abide by Willson’s sexual desires. On occasion, ‘Hollywood’ gets very blunt, but anything related to sex in the show isn’t extravagant.

This and the fact that there’s a gas station that provides beautiful young men for sex to big Hollywood players, male or female, should tell you it’s, at the very least, raw.

The filmmakers use this vehicle to tell the world how awful it was for someone who was homosexual to be themselves. At that time, no one could find out you were gay. If they did, you would either land in jail or find yourself forever unemployable. Now imagine being gay and African American. This angle is covered with one character named Archie (Jeremy Pope), who has a white boyfriend who wants to be an actor. This story is made more enthralling through Pope’s ability to give everything he has to the part. This show is filled with gossip, rumor, and innuendo and will leave you wondering what’s based on fact and what’s completely made up, which makes sticking with the series through to the end very much worth it.

Having said all of that, what I haven’t mentioned is the hidden tragedy amongst the casting couches and the blacklists. Hollywood has always tended to eat people alive. Archie has written a script named ‘Peg’ that he’s trying to get produced. The story is based on a British actress named Peg Entwistle.  After working on Broadway, she went to Hollywood to try making it in the movies. After having only been in one film, she finally gave up on acting life, and at the ripe old age of twenty-four, she climbed the ‘H’ of the Hollywood sign and plummeted to her death. In probably the most poignant moment of all, Archie says that through his film, he hopes to make her a star after all. Peg and people like her are ultimately the message coursing through every scene and the best excuse Murphy and Brennan could have used to make this series. It’s all about how crushed dreams can kill you, no matter what your goals may be.