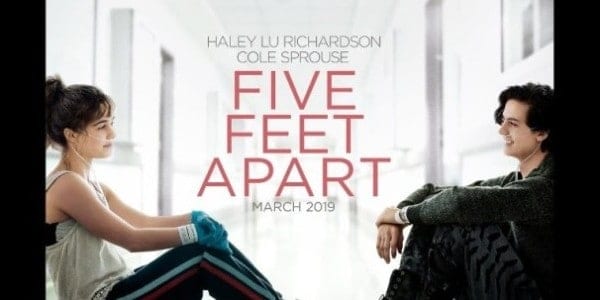 “Five Feet Apart” is a story of medically-crossed lovers. Like star-crossed lovers, they meet and fall in love, but something keeps them apart. In this movie, that something is cystic fibrosis, a degenerative lung condition that causes a person to slowly drown in their own excess fluids. It is not a laughing matter. Yet, there is enough hope in the young teenage girl and the slightly older teenage guy to think that this relationship might last. Because they both suffer from CF, those chances are not that good. They need to keep separated by at least six feet at all times. Or maybe five feet apart will do…

Stella Grant (Haley Lu Richardson) is a girl with CF who spends her days in the hospital. She is driven and focused, and her OCD issues keep her life in meticulous order. She must stay in the pediatric ward, even though she is nearly 18 years old. She has a loving mother and father, but illness puts a terrible strain on them. She had a loving older sister, who has passed away about a year ago. Stella makes it a point to visit the neo-natal unit often, because the premature babies give her hope and strength to keep on going. She has a friend in the ward named Poe (Moises Arias) who also has CF. He is just slightly younger than Stella, and they spend a lot time together, always at a safe distance apart. 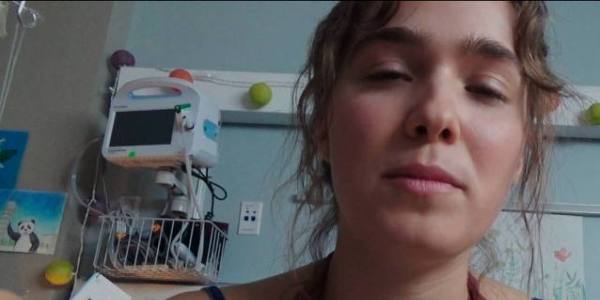 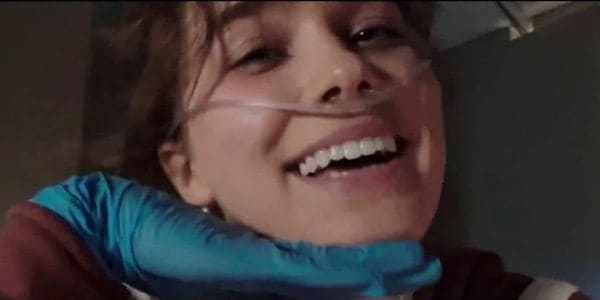 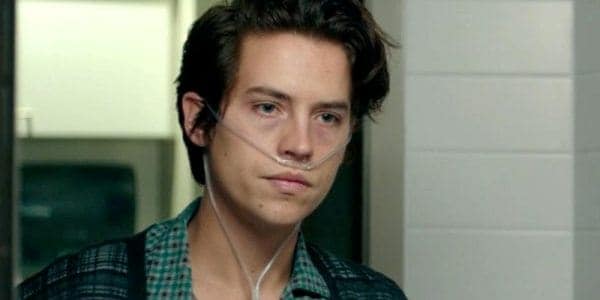 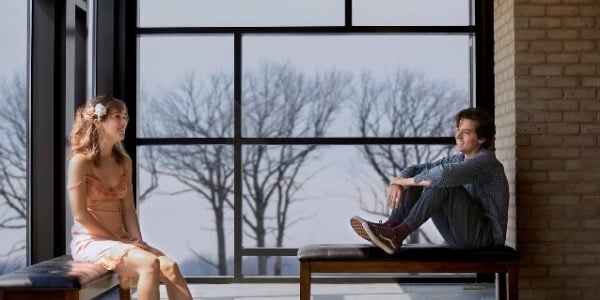 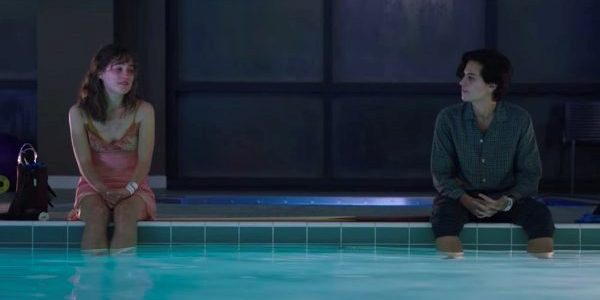 One day a new CF patient comes in, and he is in a new drug trial case study. Will Newman (Cole Sprouse) has a severe case of CF, with a bacteria strain that is very hard to manage. He is there to test out a new drug, and to become a hot new thing in Stella’s life. Of course, she is ordered and measured – and he is older and more of a rebel. Whatever the doctors want from him, he is in no mood to comply. But he is smitten with Stella, and he has a desire to draw her. He sketches and does charcoal drawings and wants to draw the beauty of Stella. Stella, of course, will have none of that. Not unless Will changes and starts to fully get into his medical testing regimen.

Stella and Will can have no physical contact, yet the both of them have fallen deeply in love with the other.  They do things with Poe, and always at a safe distance. The head nurse in the ward, named Barb (Kimberly Hebert Gregory) loves these kids – but she must be strict. She remembers other cases where CF patients found love in the hospital corridors, but then they took it too far. The other CF kids caught that bad bug from the other and both died. Barb states that it will not happen again “Not on my watch”. That is why Poe and Will and Stella still try to have fun without getting caught. Stella picks up a pool cue from the pool table. She decides that for her and Will – it is a good comprise. They will keep the distance of the cue stick – five feet apart.

But these are young adults with major medical issues. Sometimes, people die. There is sometimes hope for a lung transplant. But most times that will never come. Will’s disease is so bad that it is not even an option. So, they can live, and they can love, but they do not dare to touch or hug or kiss. It is a very difficult relationship at best. Will is about to turn eighteen, and when that happens – he can no longer be in the pediatric ward area. There are big changes in the air, and not all of them will make it. They will feel a great loss and want to ditch everything behind and try new paths. But that might not be the best way to go, when there is a potential for new lungs around the corner.

“Five Feet Apart” is a movie respectful of the pain and suffering of cystic fibrosis patients. It shows all the various difficulties that they endure, because of a bad gene that make their own body a slow death trap. The idea behind a hospital or sick bed romance is fine, but it is not new. See “The Fault in Our Stars” or “The Space Between Us” or “The Big Sick”, among others. The story and writing in this movie is fine, but tapers off a lot right at the ending. There are just too many things that happen that are against the character of Stella that we have seen so far. There is a sudden death, and midnight stroll and some close encounters with a frozen pond. It seems to throw out most everything that has guided Stella’s motives up to this point.

That being said, Haley Lu Richardson does a very splendid job in the role as Stella. She is weary from all her CF trials and tribulations, but she is not down hearted. She is still a positive and forward-looking girl. Cole Sprouse is also good. His role as Will gives him free range to pout and sneer a lot more. His character is much more fatalistic than Stella. He wants to think something good will come from it all, but he is not that hopeful. Moises Arias is very funny as Poe, who can turn being the ‘third wheel’ into a best adventure of a lifetime. He is great for that role and he makes for a great mutual friend for both Stella and Will..

The movie “Five Feet Apart” just might have a better tag line: “Better stay ‘Five Feet Apart’ if you don’t want to end up ‘Six Feet Under’…“