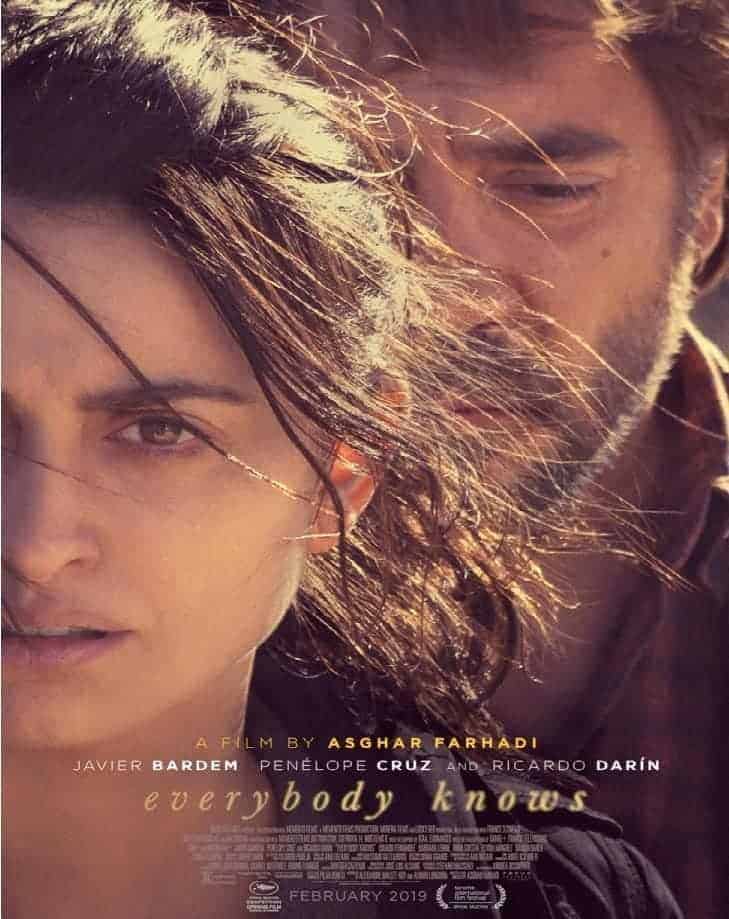 One thing for sure is that writer and director, Asghar Farhadi, lives up to expectations. Having worked in the business since 2002, in 2011, he launched himself into major notoriety with his film, ‘A Separation,’ where he was adorned with awards. In fact, he was the first Iranian filmmaker to win an Academy Award®. Similarly, he was the first Iranian filmmaker to be nominated for the British Academy of Film and Television Arts, better known as the ‘Bafta.’ This made him so successful that Farhadi was listed as one of Time Magazine’s 100 Most Influential People in the World in the year 2012.

Now that I’ve introduced you to the writer/director of ‘Everybody Knows,’ I’ll tell you about the movie. With the help of an extremely clever trailer and the talents of the Oscar-winning, real-life couple, Penélope Cruz and Javier Bardem, what Farhadi has essentially done here is lead you in one direction yet take you somewhere completely unexpected.

You wander into the film believing the story will be more about love, the trouble that sometimes comes with it and about Laura (Cruz) and Paco’s (Bardem) past together and are surprised with more of a mystery. The story is about those very things but not in the way you’d think which makes the yarn that much better.

We meet Paco, who has a winery, and Laura, who has traveled from Argentina to Spain with her children to attend her sister’s wedding. Paco has wisdom to share with us such as the only difference between grape juice and wine is time. Lines such as this makes you think their relationship may have aged in the same manner… like a fine wine. When Laura first gets there, her very social and gregarious teenage daughter Irene (Campra), prances about getting as much attention as she can. However, it turns out that she also gets the attention of someone in need of money and suddenly we’re in a film centered around her abduction.

Farhadi wrote a script that does a good job of keeping you interested in what’s going on and what will ultimately happen. You get sucked in right away but where he went vastly wrong was when he introduced us to the victim of the kidnapping. Irene is anything but a likable character. She’s an obnoxious spoiled brat, trouble for her mother and the kind of person you’d dodge rather than treasure to be anywhere near. I can’t figure out why she was written to be so annoying when the movie ends up being centered around everyone caring for her safety. Had she been more likable, it would have been more heartbreaking for the viewer. This is in no way a reflection on the actress who did a superb job, especially near the end. Speaking of acting, Cruz is excellent as a distraught and tortured mother. Her performance was convincing. She laments about what’s next and is tearful throughout most of the film. She’s needed to be and is believable in her concern. Unfortunately for the audience, you don’t quite feel for her. See the earlier paragraph regarding her daughter’s irritating attitude for what I mean. We just needed Irene to be more of an appealing person for us to take on her mother’s pain. 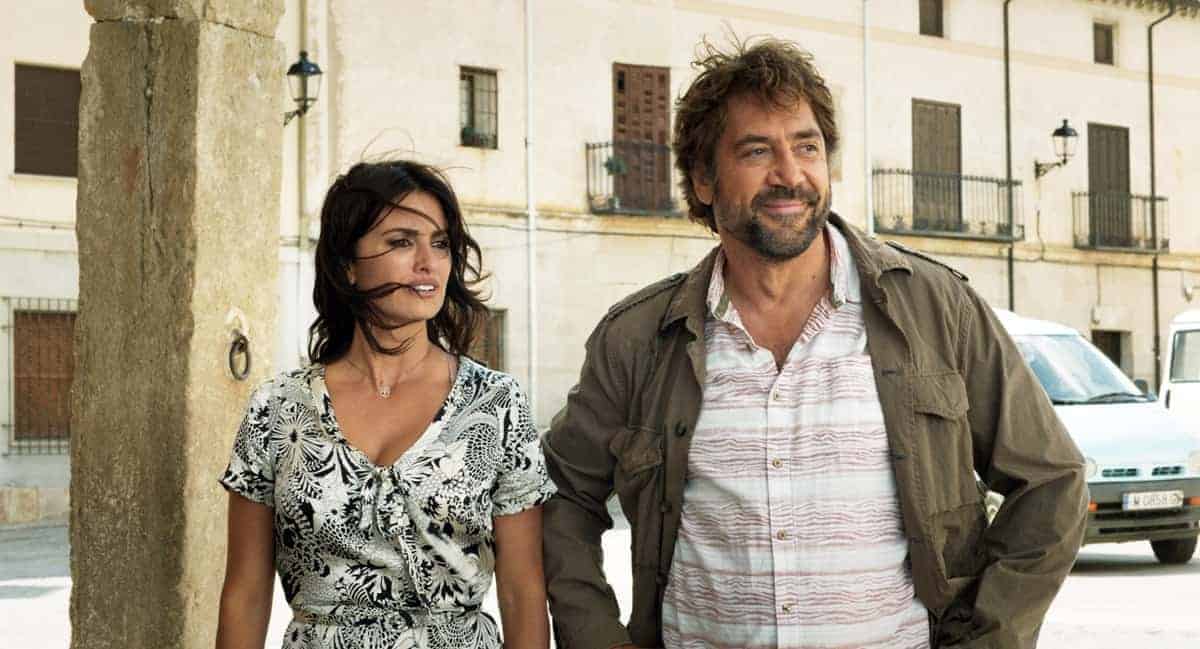 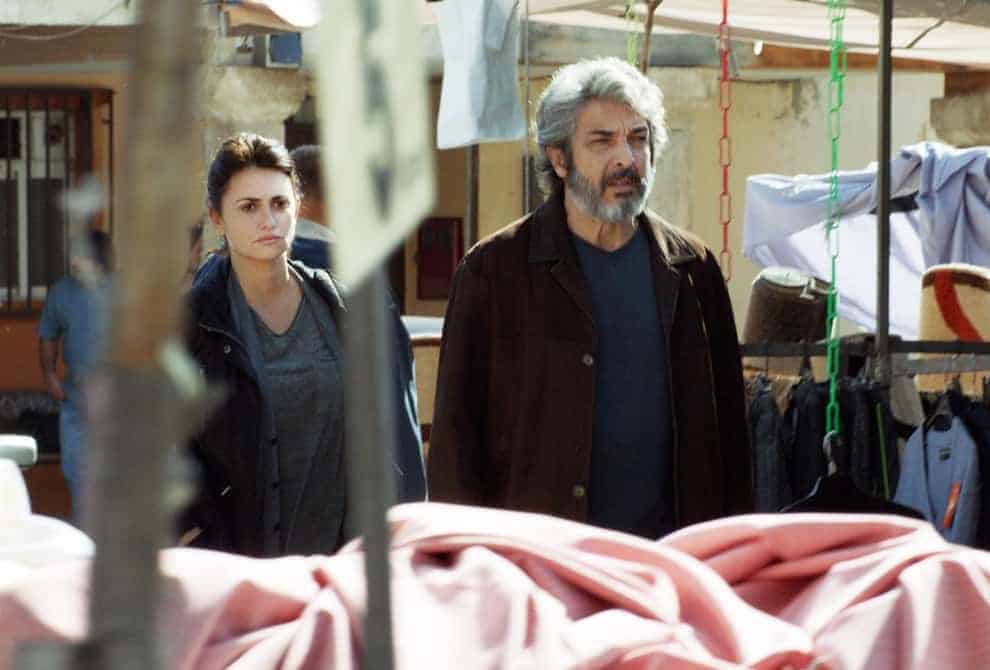 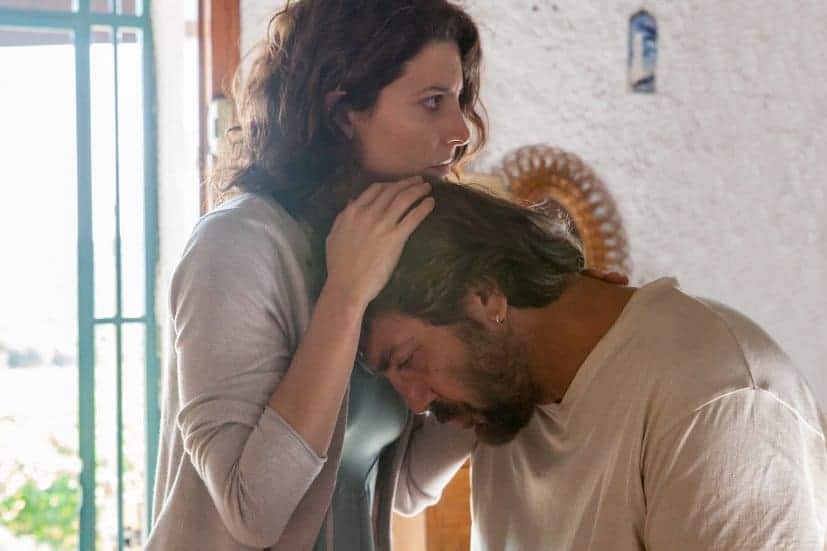 The story becomes a less complicated narrative when the set up for the kidnapping, and how and why it gets pinned on a certain person, (a land dispute) is made clear at the wrong time. On the surface, the dispute is quite exaggerated and contrived. Now onto the title. Let’s get to just what it is that everybody knows. And I mean everybody, including Laura’s current husband, by the way. It seems that Paco is the only person who doesn’t know. It turns out that Irene is Paco’s daughter. In a small town, everyone talks and unless the man doesn’t have ears how does he not know the big secret? In fact, this bombshell is something you’ve long suspected. When it’s revealed, with his hair graying from the stress for some reason, what Paco does with the news is to use his money to pay the ransom. This seems as though it may have been the aim all along.

The ending is strangely elusive but leaves it open for a sequel which is puzzling yet a bit intriguing. If Farhadi nails the characters a little better, I’d be up for it. What would make it even better is if he were able to have the same cast. ‘Everybody Knows’ is an acceptable crime, drama with a good plot and is beautifully shot. It has gorgeous locations which are accentuated by the brilliant cinematography of José Luis Alcaine (Volver, The Skin I Live In) who has an immense amount of work behind him. For you to get the full benefit of his work, seeing this on the big screen this weekend would be the best way to watch this film.