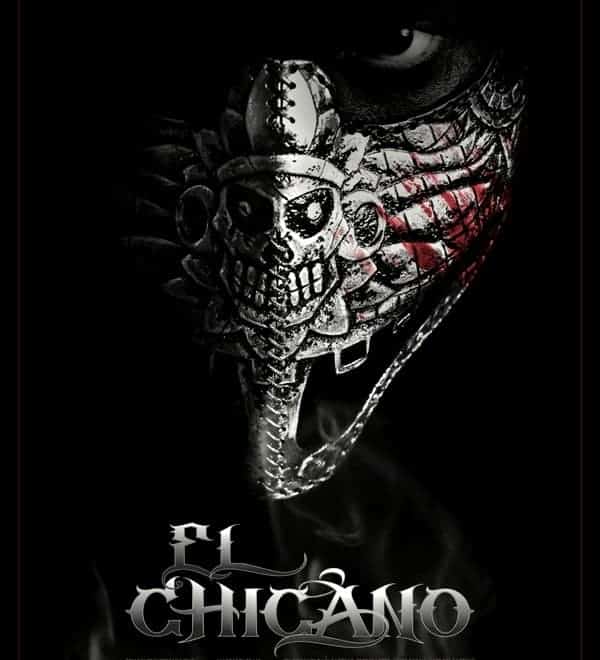 “El Chicano” is a dark and gritty view into a Hispanic gang-run neighborhood, with an emphasis on the ‘hood’. It relates the legend of a mysterious motorcycle-riding vigilante called El Chicano. He attacks the criminals and gang-bangers and brings them to justice. He is kind of a Ghetto Ghost Rider, without the flaming skull. The drug-infested East Los Angeles area is like “Mean Streets” with Salsa beats. El Chicano targets the drug pushers and killers, the bangers and cartel leaders. He takes a magical Aztec knife and uses it to kill the baddest of the bad. He becomes a boogie man for the criminal underclass, a type of “Usual Suspects” character ‘Keyser Soze’ of the Barrio.

Three young boys grow up in the East Los area, and one night they see El Chicano in action. A local gang leader is stabbed, and the roar of the black motorcycle is heard screeching away. A local cop named Gomez is on the scene quickly, but El Chicano is gone. The young boys are grown up twenty years later, and each has gone separate ways.  Detective Diego Hernandez (Raúl Castillo) is now on the right side of the law. But his twin brother Pedro has served time in prison, and now is dead. The other childhood friend is a top-level gang leader named Shotgun (David Castañeda). Most of Shotgun’s crew of thugs has been killed in a mass slaughter. Detective Hernandez is handed the case with his new partner Detective Martinez (Jose Pablo Cantillo). They have a day to determine what is going on, because the FBI is hot on the trail of a cartel boss. The cartel is trying to get into the Barrio, and the killings might be related. However, Diego Hernandez is worried, because all the murdered thugs have a tattoo. 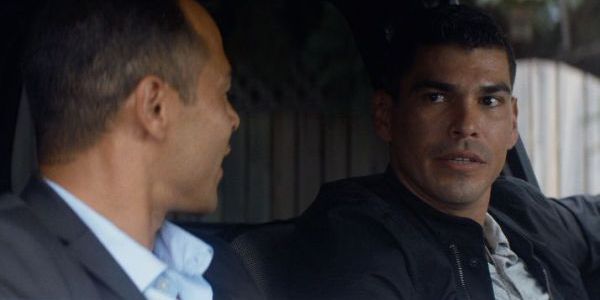 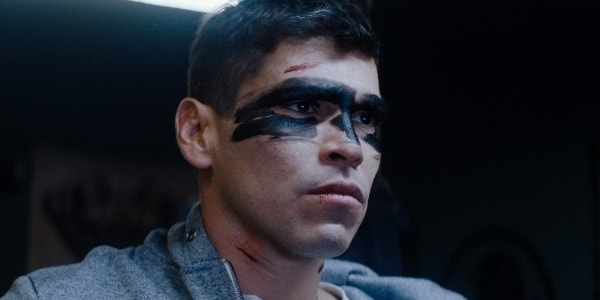 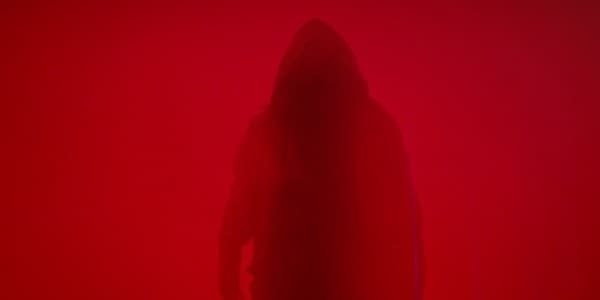 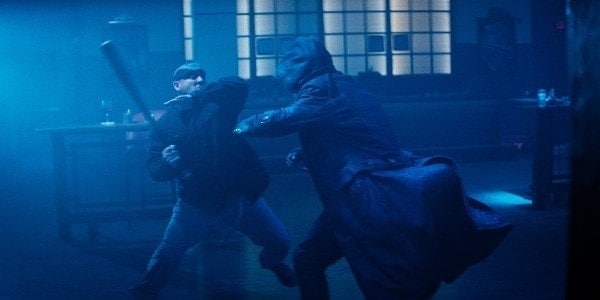 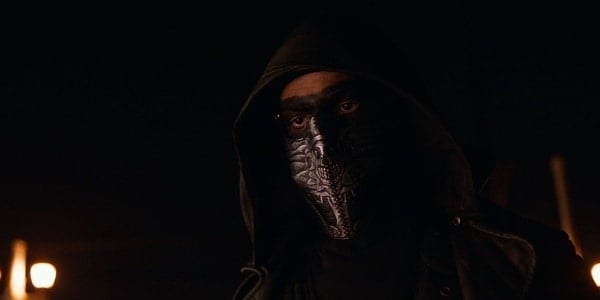 This odd tattoo is the old nickname of Diego Hernandez’s twin brother Pedro, and the tattoo also has their birthday. How is his dead brother related in any way to the thugs that worked for Shotgun, and is this related to the cartel?  Detective Hernandez and Detective Martinez transport the lone survivor of the killings, until they are ambushed. The last survivor is killed, and all ties to crime lord Shotgun are gone. The two Detectives report to their boss, Captain Gomez (George Lopez). The street cop from years ago is now the Police top dog. He is working to keep the FBI away, but the heat is rising. Detective Hernandez and Detective Martinez are in the middle of a stakeout to watch Shotgun and the cartel guys. But there is more violence and murder, but this time it is not aimed at a thug in the back seat.

Detective Diego Hernandez has lost a brother, and now he has lost a partner. He investigates what his brother Pedro had done when he got out of prison. He finds a secret hideaway that contains the black motorcycle that he last saw as a kid. Back then it was being ridden by El Chicano when he eliminated many bad guys. Diego is tired of having the gangs and the cartels win the street battles. So, he trains and gets in shape, so that he can carry the magical Aztec knife and go after the evil thugs. He gets his black cape and death-skull face mask. He will be ready to take back the streets as the mystical magical El Chicano. The cartel guys and Shotgun are now on the run from the avenging force of “El Chicano”…

This “El Chicano” movie has a lot going for it. There is a street-wise feel to the scenes and the story is built up organically. Diego has a slow transformation into the El Chicano character, and it feel real and earned. The moves of El Chicano when attacks and fights several thug henchman at once are swift and brutal. He would make “John Wick” proud. The movie is seeped in the Hispanic culture of respect for the dead, and ‘El Chicano’ is seen as an avenging angel. He is ready to force retribution on the cartel and drug lords. He is there to take back the streets.

There are a few times when it seems to be a low-budget movie. But for the most part, it gets the same milage for action and fight scenes as the big budget movies. The acting is low-key and many of the extras look like they come ‘Straight Outta East Los’. The cast is pretty good, but basically unknown. Only George Lopez has a high profile background. Co-writer Joe Carnahan has done some really good stuff in the past, and his efforts are well used in this script. The overall quality of this movie is very watchable, even when it did not have the richest budget.