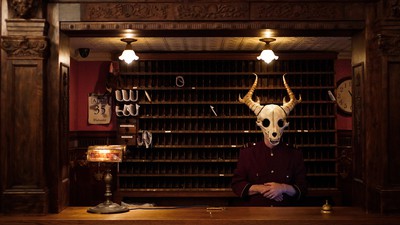 Created by Wasserman and Donald as well as filmmaker Nicolas Pesce (The Eyes Of My Mother, Piercing),  The Caretaker stars Adelaide Clemens, Tom Lipinski, Clara Wong and Diana Agostini, was produced by Max Born and Schuyler Weiss and executive produced by Gentile and Kimberly Parker. The pilot was a co-production with RealMotion Inc. and audio services were provided by Hobo Audio.

Hidden Content has also teamed with film producer and financier Max Born to produce and acquire a slate of VR films and series, as well as develop a VR/AR distribution platform.

Hidden Content and Max Born are currently in development on three additional VR genre series and are in talks with outside creators to acquire new content to build out their 2018 project slate.