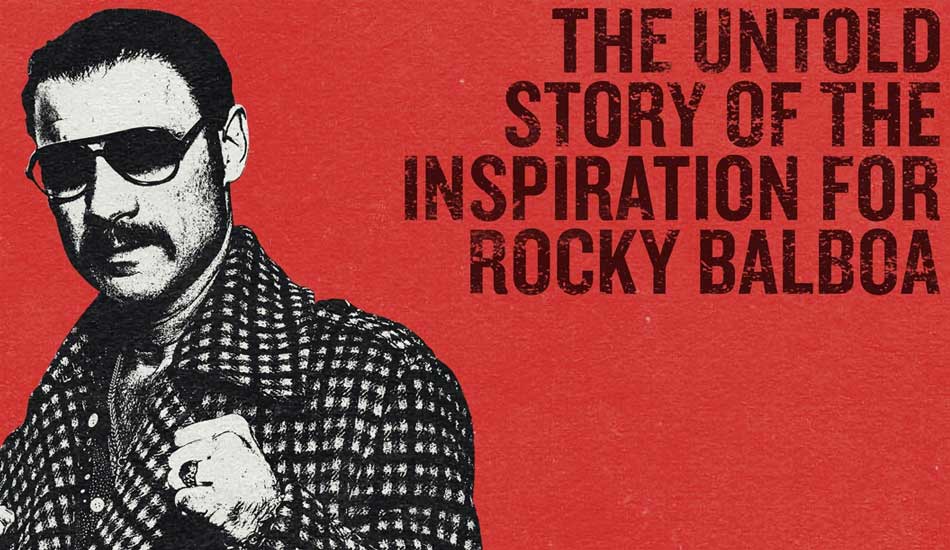 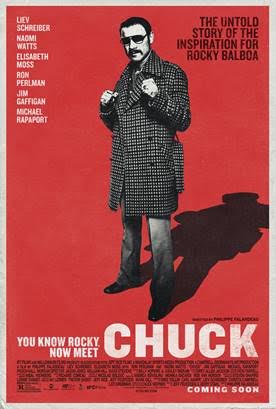 Chuck is based on a true story.  Interestingly enough the film is based on the man who Sylvester Stallone based his Award Winning film Rocky on and that is Chuck Wepner (Schreiber) of Bayonne, New Jersey, who was a humble yet moderately successful prizefighter… and liquor salesman.  His nickname was the ‘Bayonne Bleeder.’  This came from his childhood and stuck with him because one thing he could do almost better than anyone was take a punch.  It didn’t matter how many times a fighter hit him, he took it and kept coming back for more.  He and his manager, Al Braverman (Perlman), had a ‘Never stop the fight!’ agreement.  Wepner seemed also to be a self-centered narcissist, though he’d never see himself that way… putting himself above all others was his style and only when he needed help did he truly allow people into his life. 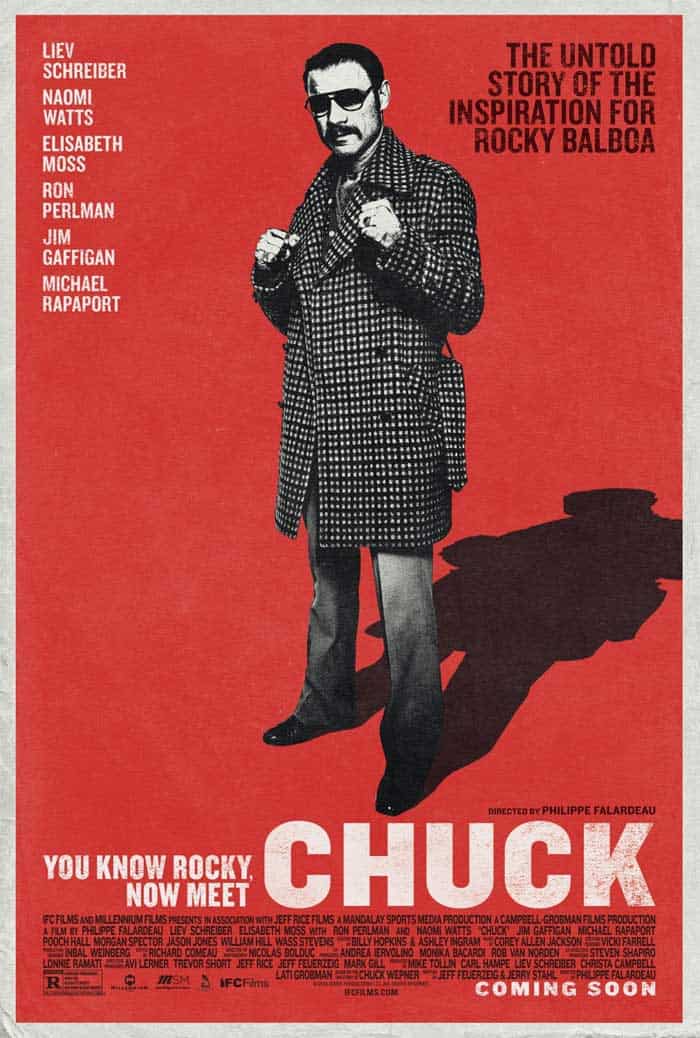 In 1975 he was going to get his big break.  He was given the chance to fight George Foreman but suddenly, Muhammed Ali beats Foreman and the fight is off.  He’s crushed as his future depended on a match of this size.  At what seemed like the final hour, his manager gets a call from promoter Don King.  Since Chuck is a white fighter with stamina, King has the idea that he’d be ideal for a fight with Ali.  Odds of Wepner winning are Forty to One.

Only someone like Chuck would love those odds.  Then we’re in the ring where it’s a much different story.  It’s a good match where Chuck admits to liking to ‘wear him down with my face.’  The crowd loses its mind for the butt kicking he’s taking, but he sends a surprised Ali (Pooch Hall) to the mat once and the crowd loves him even more.  Chuck’s inner dialogue during the fight is insanely comical and shows how erratic his thinking was and how unstable his mind was at the time.  If you don’t want to know the outcome, don’t read this part (skip to the next paragraph) but at the end of the fight, and much in the same way that Balboa ends his fight with Creed, he almost ‘Goes the Distance’ with Ali.  Just nineteen seconds shy of making it the entire fight, the fight is called and it’s a technical win for Ali.

I enjoyed this film.  The 70’s music and the styles are represented incredibly well; the overall look of the film itself shouts another time.  The characters are great.  Chuck shows you who he is before this fight and who he becomes after the fight… neither guy particularly pleasant but somehow still loveable.  When he’s depressed he looks for women to make him feel better… which doesn’t go over well with his wife, Phyliss, played by Elisabeth Moss who should get recognized for this performance.  She’s frightening as she approaches Chuck sitting with his latest conquest.  Her performance is excellent.  She has to hold the family together by herself because her husband, who desires to get knocked out for a living, can’t take the beating once it’s over.  She alone is worth seeing this movie.

I really liked Chuck.  It’s perfect for both men and women; not at all just a guy film, despite the subject matter.  It’s interesting to learn that this boxer was the inspiration for Rocky and intriguing to watch him interact with Sly before the making of Rocky II.  It’s also a fascinating look at the relationship between men and women.  A quote by Chuck at the end of the film sums up his views flawlessly.  ‘Sometimes life is like a movie… and sometimes, it’s better.’  He has enjoyed being Chuck as Rocky enjoyed being who he was.  Winning or losing, it didn’t matter, as long as he was in the ring.