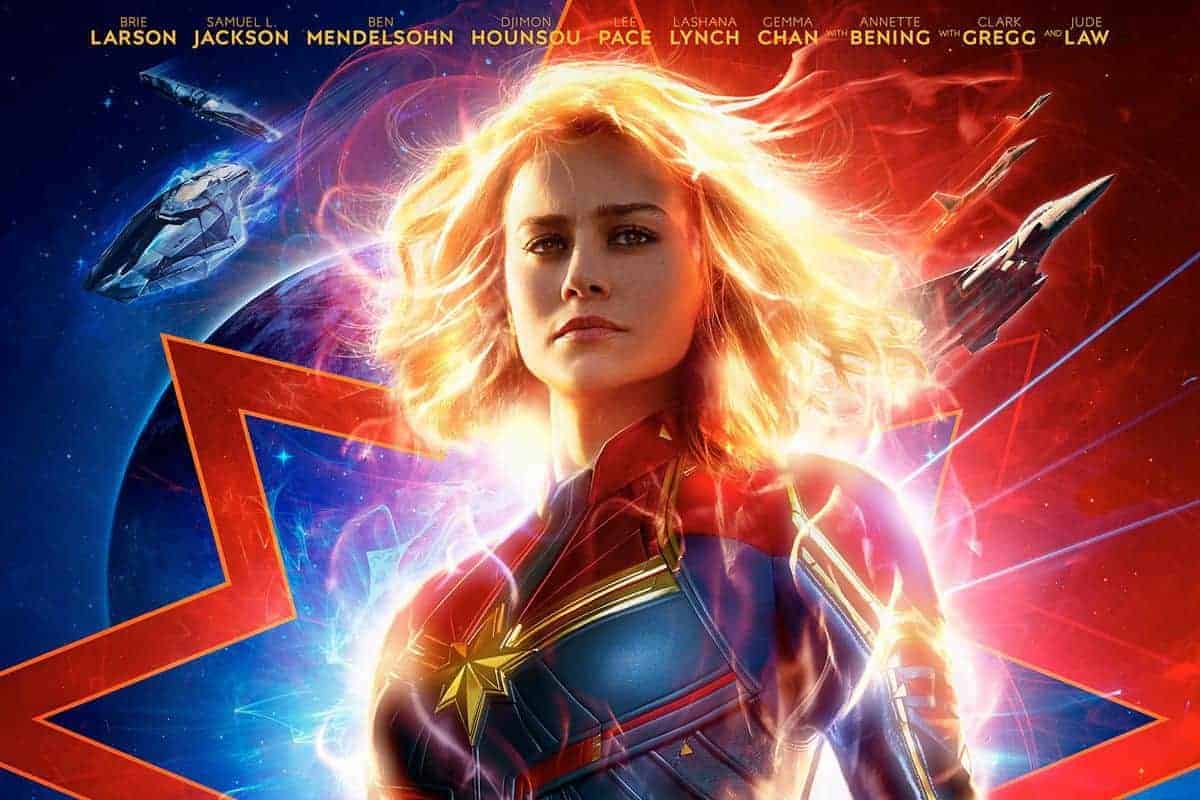 When you hear Captain Marvel’s name, you can’t help but think of the universe that she was born into. This film is an origin story for Marvel and for a woman by the name of Carol Danvers or Vers (Larson) as she’s known. ‘Captain Marvel’ is filled with high intensity and a generous amount of energy. We meet Vers when she’s training to be one of the toughest warriors for her people, the Kree. She and the Kree are about to embark on a mission to save their empire from the shape-shifting, militant race called the Skrulls. Or so she thinks.

The tale begins in the ’90s where it seems we’re at a launching point of sorts to lay the groundwork for some of the Marvel Universe. Here we not only meet Captain Marvel and Nick Fury (Jackson) but the Supreme Intelligence, a superior being who controls the Kree’s entire empire. No one has ever seen the Supreme Intelligence’s true likeness with their own eyes. It only comes to you in a CG vision of the person you most admire. Vers is confused by the fact that, to her, the Supreme Intelligence comes as a vision of someone she doesn’t know, however, she’s about to find out she does know her. She’s known to Vers in her past as Mar-Vel and Mar-Vel will end up being an integral part of the story. I don’t want to get too ahead of myself, so I’ll get back on track after asking you this. Do you think the release of this female-driven action film was planned? You couldn’t have asked for a better day than ‘International Women’s Day’ to release it, in my opinion. Anyway, there are other moments in her life that Vers doesn’t comprehend the genesis of, as well. She has powerful energy within her that gives her an advantage over any attacker. Unbeknownst to her, she’s about to use it on people she never would have thought she’d need to. 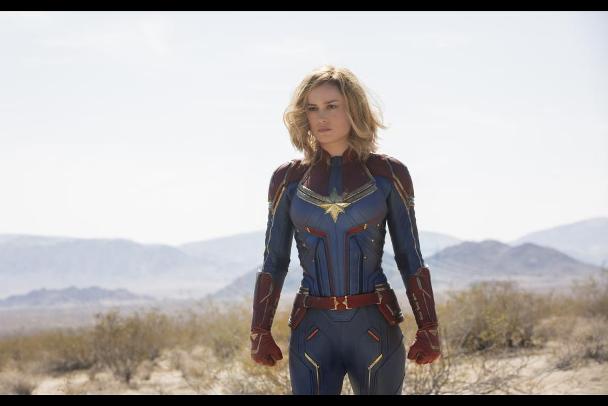 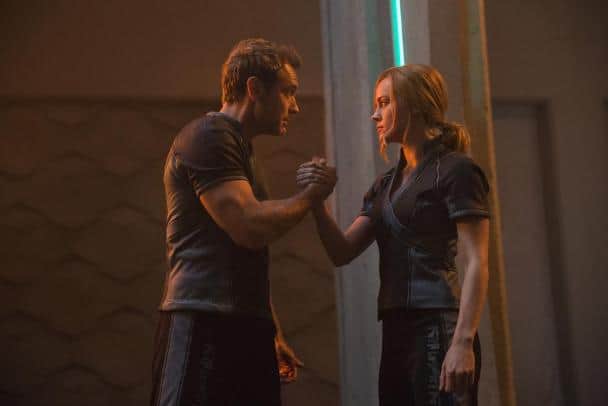 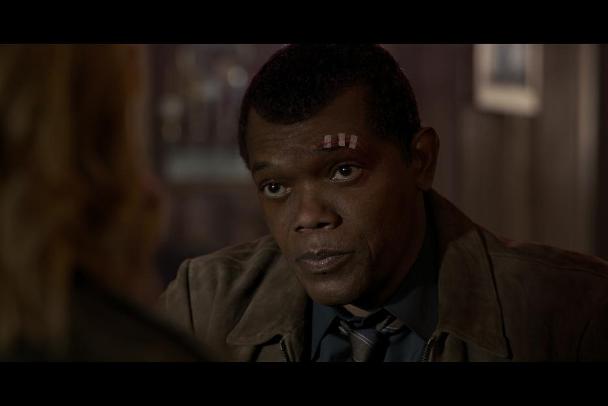 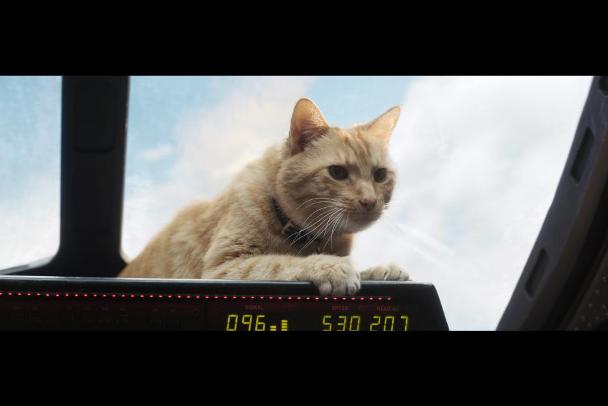 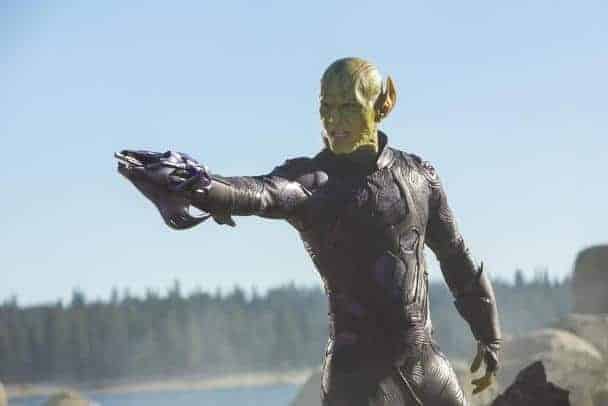 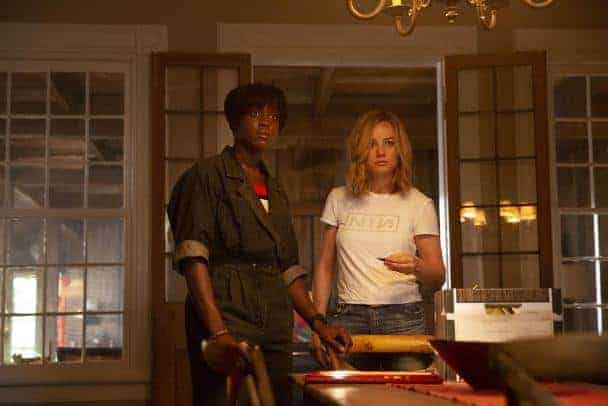 Vers ends up hunting one of the most brutal of the Skrull, Talos (Mendelsohn), for the Kree empire. This horrid criminal follows her to planet C53, earth, the planet she sees in memory flashes she doesn’t completely trust but wants to get to the bottom of. When captured temporarily by the Skrull, she sees another vision, an Air Force pilot named Carol Danvers. This woman looks just like Vers. Vers wonders, who is she, what does she know about me and does she know Mar-Vel? When she gets to earth, she falls directly through the roof of a Blockbuster Video. Fury and his partner, Agent Coulson (Gregg), grab her and learn more of who she is, why she’s here and where she’s from. It’s not long before we meet one of the most interesting and humorous characters in the film, Goose. Goose is a cat who I can’t help but feel will become a larger part of the franchise than we may have first thought. I heard a suggestion of perhaps, ‘The Cat From Outer Space.’ You’ll love this cat and if this is where they intend to take him, you’ll follow!

‘Captain Marvel’ has a lot of comedic elements to it along with action and well-done CGI. The de-aging of Coulson and Fury are perfect examples of how they can and intend to keep telling the stories of this universe. I don’t want to tell you anything more that’s key to the story, only entice you some to take a chance on it. Jackson and Larson have great chemistry together. Larson is incredible and the back story they lay out for Carol is engaging. It’s a great character and they cast perfectly for it. Don’t listen to any negative reviews about the film. Carol Danvers is engaging and she’s tough as nails, everything you’d want from a wonderful woman. See what I did there?  GIRL POWER!
As it is, the movie is an important section of what happens in the MCU and sets up what comes directly before the climax of ‘Avengers: Infinity Wars.’ I must suggest you see it. And remember… ‘Avengers: Endgame’ here we come!