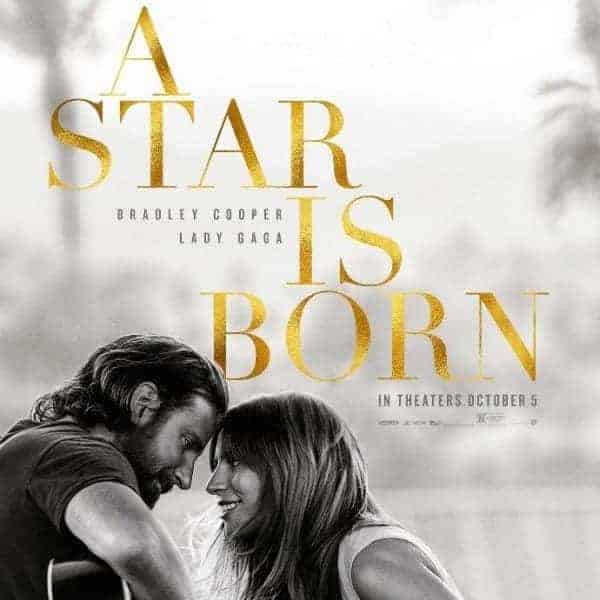 “A Star is Born” was first created in Hollywood in 1937, and then remade in 1954 and again in 1976. So, while this current release is not ‘new’ in that sense, it is a quite respectable addition to the prior versions. This is the story of an alcoholic major star meeting an unknown talent and bringing her talent into the world. Then he watches her flourish, even while his popularity sinks — it is typical melodrama boiler-plate material. That is, unless you have some very high-profile stars play in the main roles and have an incredibly talented director and musical talent. Check off all those boxes for this one!

Jackson Maine (Bradley Cooper) is the real thing, being a well-loved singer/songwriter with a country background and a huge following. His fans are not privy to his heavy drinking habits, and his difficult issues with hearing loss. His half-brother Bobby (Sam Elliott) is his manager and he knows all of Jackson’s faults. But he steers him in the right direction, so he can keep up a good front. After a late-night concert, Jackson is being driven to a hotel, but he decides to stop for quick one. He happens into a bar where a young woman named Ally (Lady Gaga) is performing a soulful song. He sticks around and takes Ally with him, while they go to different bars. Ally is discovered to be a songwriter as well as being a damn good singer.

Jackson sends a car out to get Ally in the next few days at her house. Her father Lorenzo (Andrew Dice Clay) is thrilled that Jackson Maine has taken a shine to his daughter. She goes to meet Jackson at a concert. He had taken her song that she played for him on that first night and made an arrangement for his band. He insists that Ally come out on stage to sing it with him. She resists at first, but when he finally does, the audience is ecstatic. Ally becomes a major name overnight, and Jackson and she both begin to tour together. They create beautiful music, both onstage — and in the bedroom. 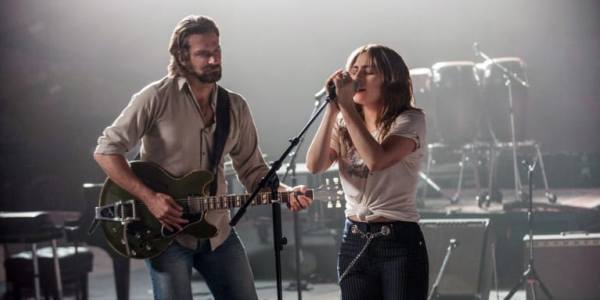 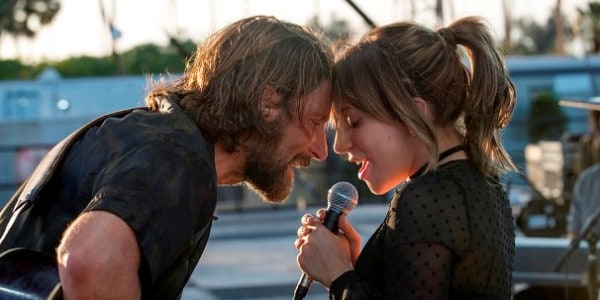 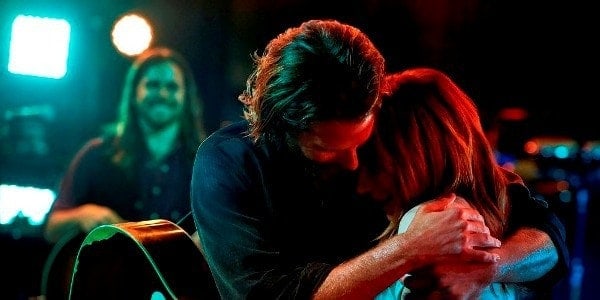 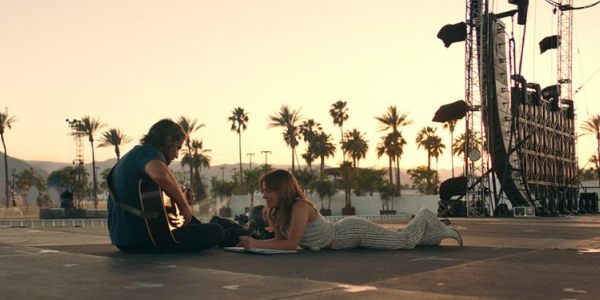 Bobby gets upset at Jackson for not taking the music seriously, not using his hearing aids and for using prescription drugs with his alcohol. He quits as his manager, and he wants Jackson to sober up and become a man. Jackson still has enough money and talent to do what he wants to do, even if what he wants becomes self-destructive. Ally sees a big part of this, but she believes that Jackson will settle down and get himself right. But she also meets a big music producer named Rez (Rafi Gavron) who wants to make Ally into a superstar. This involves more elaborate dance numbers in concerts, and changing her hair color for various tours. Ally is unsure, but Jackson says it is all good, so she starts to become a huge star.

An older retired musician named Noodles (Dave Chappelle) is Jackson’s friend. He convinces Jackson to propose to Ally. They are married and there are various tours and recording sessions that follow. Jackson spends more time at his house, while Ally is away touring. He dunks himself deeper into the bottle, rather than making himself useful and more productive. His star begins to quickly fade, as stories of missed concert dates and awkward behavior in public. Rez, Ally’s manager and guru, thinks that she needs to dump Jackson, before he brings her down. Bobby meets up with Jackson, and also tries to convince Jackson that the bottle will take him to his grave, just like it did to their father.

Everything is going right for Ally, and her debut album is being honored at the Grammys. Jackson is to be there for a tribute song, but they take away his voice. The producers want him to play guitar, but not sing the song. Disheartened, Jackson drinks more than usual. His actions are seen in front of a national audience, and he totally humiliates himself. But it is harder on Ally. Jackson promises to dry out and become a true believer for Ally’s Army. But he remains on a destructive path, and he cannot pull himself out of a tragic downward spiral.

This movie bears the stamp of Bradley Cooper all over it. He stars as Jackson, but is also directed and co-wrote the movie. It is a complete work of passion for Cooper, and his portrayal in this movie proves it. He transforms himself into a realistic hard-drinking, gruff-throated singer. His vocal quality resembles the voice of his co-star Sam Elliott. Elliot is also wonderful to watch in the handful of scenes that he is in. But Cooper is a rare talent to be so effective in all those different areas.

Lady Gaga is also good in playing Ally. There are several events that somewhat mimic her real rise to stardom. But in all truth, Gaga is a superstar vocalist performer, one that is now performing ‘acting’. But most of the acting is playing a fictional version of her real self. Bradley Cooper changed himself to become a singer, but Lady Gaga is a singer who is acting at being a singer.