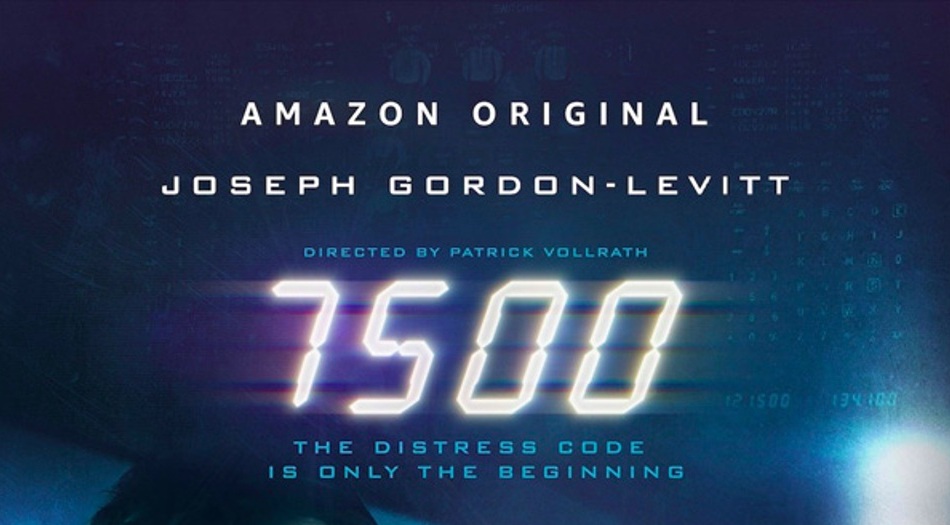 The movie “7500” is an edge-of-your-seat thriller that takes you into a situation where any decision can turn out badly. When a loaded jet airliner takes off, there is a bland normalcy in the air. But then up in the air – aboard are terrorist hijackers ready to make a political statement rather than make demands.


The Flight Crew have no good options, and some lose their lives in the fray. Emotions and tensions run sky high. Get strapped in – It’s gonna be a bumpy ride!
In a Berlin airport, some security footage shows the in-and-out meandering of various passengers. There is a German airlines flight from Berlin to Paris, and many people are here to catch the flight. There a few men who are actually there to capture it. The Flight Crew are ready and aboard. The Captian (Carlo Kitzlinger) is teamed with an American pilot named Tobias Ellis (Joseph Gordon-Levitt). They make some small talk and compare notes on the upcoming standard flight. One of the flight attendants, named Gökce (Aylin Tezel), is also a girlfriend to Tobias. They share an apartment and together have a young son. The passengers are aboard and the luggage stowed away – so time for the standard boring flight.

Until it becomes a living hell for the Crew and the passengers. A group of about four men attempt to take over the plane. They break through into the cockpit. Tobias gets his arm injured quite badly. But the Captain is stabbed and it does not look good. Tobias manages to knock out the one man who got into the cabin of the plane. He is able to get him tied up and jury-rigged put in really tight into the jump seat. He has managed to close and relock the door. So now Tobias is the only one with control of entry. He gets back into his seat, and he knows that his arm is so messed up that he will not be able to land without some help from the Captain. That is – unless he does not make it.

Still there is a lot of banging and commotion on the cockpit door. There is a video screen, and Tobias can see what is going on. The hijackers have determined to kill passengers and crew members until Tobias opens the door. There is hostage stand-off, and Tobias looks on in anguish. He knows that the only safety that he can offer is to land the plane. But if any of the terrorist thugs get in, he will not live to do that. But now the Captain is gone, and they are holding a new hostage. It is his girlfriend Gökce, and they will kill her if Tobias does not meet the demand of getting that door open. Tobias pleads with the heartless men who hold her, and then he finally calls out to all the passengers. “If you work together, you can beat them!”, he yells over the plane intercom. But right at point, the other hijacker is still with him and he is awake – and he is attacking Tobias.

The older terrorist overpowers Tobias and he lets the younger hijacker into the cockpit. The rest of the plane is in turmoil as many passengers are fighting for their lives. The younger man, named Vedat (Omid Memar), works with the older guy to crash the plane. But in the end, he doesn’t. There is more confusion and pain, and Tobias does not know what is going on. Are the other hijackers dead? Is his lover, Gökce, dead? He is so emotionally overcome that he can only stare out into the distance. But Vedat is even more confused. He was led by the older men into believing that his help would bring justice to the German Turkish Muslim community. He sees it can only bring more shame and more suffering. Tobias convinces Vedat to help him land the plane. If he can get this bird down safely, it will only be done with the help of this young confused hijacker. Can these two unlikely partners team up to bring an end to this airborne terror? Can they navigate some way to find a little bit of peace and solace in the fragmented broken dreams of this flight?

“7500” is a magnificent show of acting ability by Joseph Gordon-Levitt with an effective backdrop of air travel. Almost every scene is centered around and shot in the cockpit of this jet airliner during a tumultuous flight. But the movie never drags. It never gets too deep into the how’s and why’s of the hijacking incident. It instead focuses on Tobias as a professional, who is caught up in his worst nightmare. A trusted pilot on a big jet airplane is always cool and calm. But this situation grabs him by the throat and demands a response. His Captain is dead, his lover is dead and the entire plane might be making a political statement as a fireball on the ground. This is not an easy day for Tobias. But he does manage to make a difference and turn down the tensions, especially after Vedat assists him in landing the plane.

This is a picture that you will NOT expect seeing any time shortly as your in-flight movie.