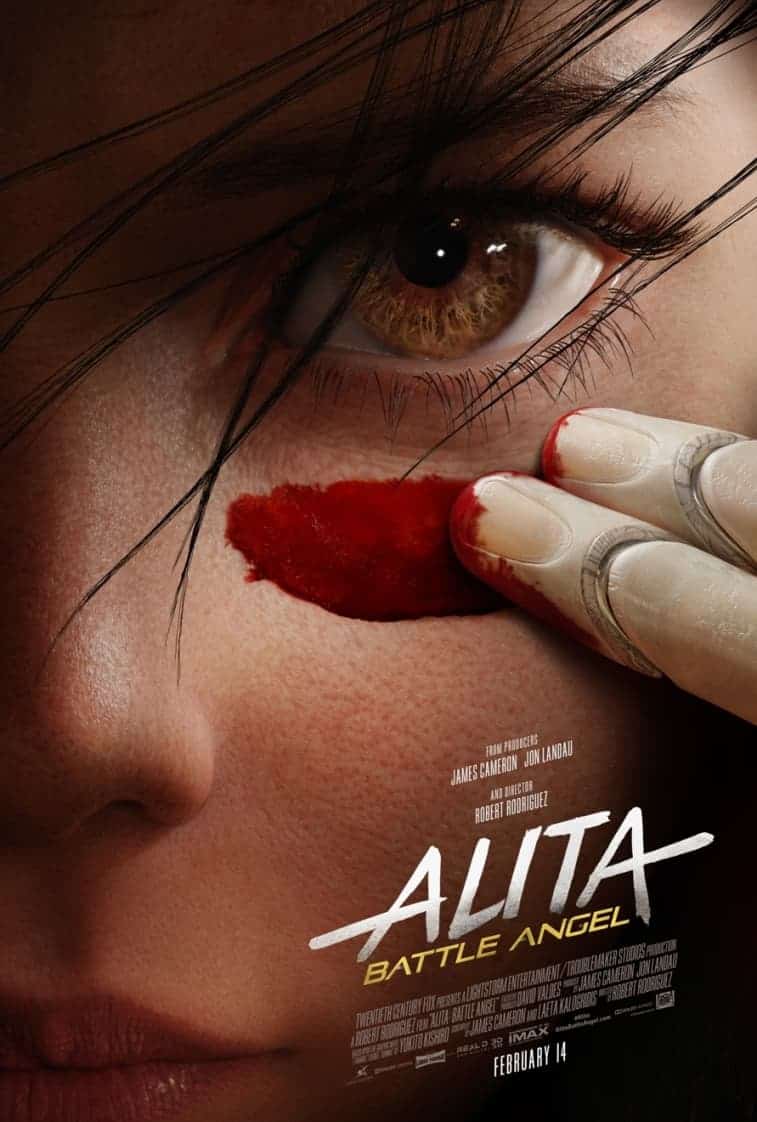 “A WILD, VISCERAL RIDE THAT OFFERS KICK-ASS ACTION AND AN IMMERSIVE VIRTUAL WORLD”

The screenings will take place in DolbyÔ Cinema in 3D at AMC, IMAXÔ 3D and other select 3D premium large format theatres. In addition to the film, fans at selected theaters will get to see a conversation with the filmmakers and cast including James Cameron, Jon Landau, director Robert Rodriguez and cast members Rosa Salazar, Christoph Waltz, Jennifer Connell, and Keean Johnson and a special inside look at the making of the film.

Said Cameron, “People may have heard of Alita, but don’t know who she is.  Why is she called the Battle Angel?  What is her world like?  Well, I think you’ve simply got to see it to believe it.  And the best way to see it is in a cinema, and in gorgeous 3D, the way Robert Rodriguez shot it.   So we’ve decided to do some special free screenings, for fans around the country, to introduce our Alita to the world.  When you see how big a heart she has, and what she stands for, and how she kicks major butt —  you’re going to fall in love with her, the way I did.”

Fans can RSVP to the free screenings via  ExperienceAlita.com and submit questions for the filmmakers and cast on James Cameron’s newly launched official Instagram @JamesCameronOfficial and Facebook @OfficialJamesCameron pages in the comments section using the hashtag #ExperienceAlita.

Cameron (AVATAR) and Robert Rodriguez (SIN CITY), comes ALITA: BATTLE ANGEL, an epic adventure of hope and empowerment. When Alita (Rosa Salazar) awakens with no memory of who she is in a future world she does not recognize, she is taken in by Ido (Christoph Waltz), a compassionate doctor who realizes that somewhere in this abandoned cyborg shell is the heart and soul of a young woman with an extraordinary past. As Alita learns to navigate her new life and the treacherous streets of Iron City, Ido tries to shield her from her mysterious history while her street-smart new friend Hugo (Keean Johnson) offers instead to help trigger her memories. But it is only when the deadly and corrupt forces that run the city come after Alita that she discovers a clue to her past – she has unique fighting abilities that those in power will stop at nothing to control. If she can stay out of their grasp, she could be the key to saving her friends, her family and the world she’s grown to love. @AlitaMovie #Alita