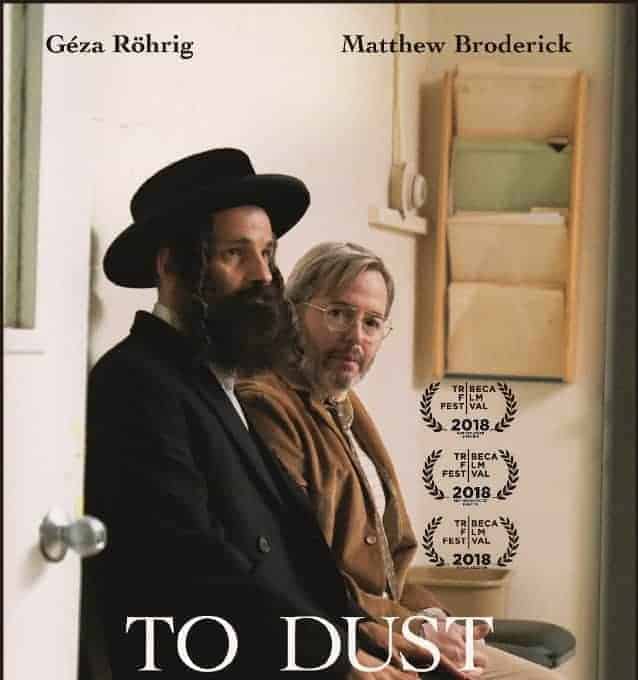 If you are or are not curious about what happens to us after we die, what happens to the shell we are currently housed, you will enjoy this film. Whether you are or are not religious, you won’t be able to hold back the laughs. Whether you are or are not a big fan of Matthew Broderick, you will be after watching how he manipulates the written word here to have you laughing at practically everything he says, even when he’s literally describing a rotting corpse! ‘To Dust’ is hysterical. Broderick is hysterical. See this wonderful dark comedy which for some reason is listed as a drama. At times it does seem heavy. Regardless, you’re anything but brought to tears in this yarn, unless it’s because of Broderick’s dry humor. It’s so dry that if the temperature goes up one degree more, the room may catch fire. Broderick’s not only skilled in the comedy division but he’s also charming as his character Albert takes the time to help Geza Rohrig’s (Son of Saul) character Schmuel, a pained Orthodox Jew who just lost his wife to cancer.

Though Schmuel has two young sons, he can’t move on. Not even for them. He’s tormented and needs to be assured of something before he’ll ever be able to embrace life, even his beliefs, again. At the beginning of the film, we see his wife’s body being prepared for burial. It’s washed, wrapped in cloth and put in a simple pine box. Thirty days after, he still can’t get over her passing. He’s assaulted with dark visions of his wife lingering on this earth, unable to be free. There’s a prologue when the film starts that explains to the audience a strong belief that he holds dear. This is, ‘Then the dust will return to the earth as it was and the spirit will return unto God who gave it.’ Now that she’s in the ground, as haunted with these terrible images as he is, he must know if his wife is becoming dust, has become dust already or if she ever will.

Not receiving help from his own community, he goes to the nearby community college and seeks advice from their science professor, Albert. Albert isn’t interested at first but feels strangely compelled to comfort Schmuel after Schmuel tells him that he’s sinning by even seeking his guidance. He wouldn’t be there but he fears for his wife’s soul. Albert helps with the best tool he can think of… a science book. Broderick gives a unique and humorous reading from the textbook that explains what the body goes through after death, along with the approximate time frame. As if we were all in school again, director Shawn Snyder’s has an ingenious idea to use a pig and time-lapse photography to show us the rotting flesh the science professor describes. Albert’s play-by-play is so subtle and flippant in tone that even though the dialogue is a man taking another man through the journey of a dead, decaying body, you can’t help but find it amusing. Now that’s art! 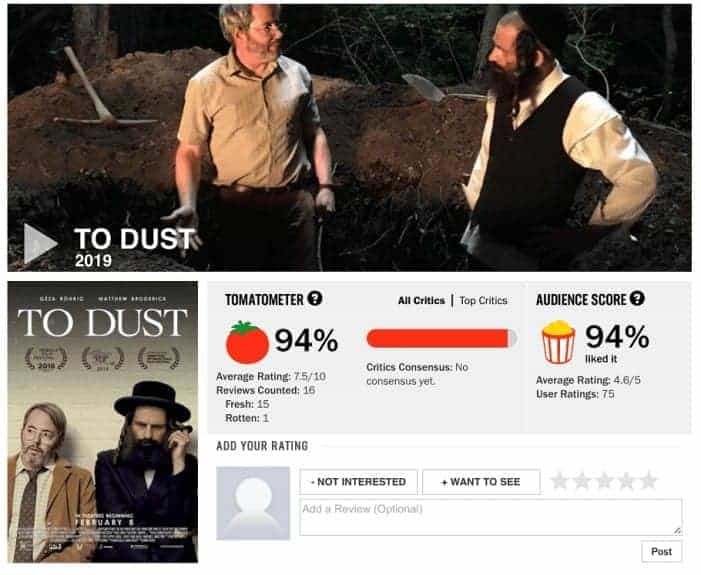 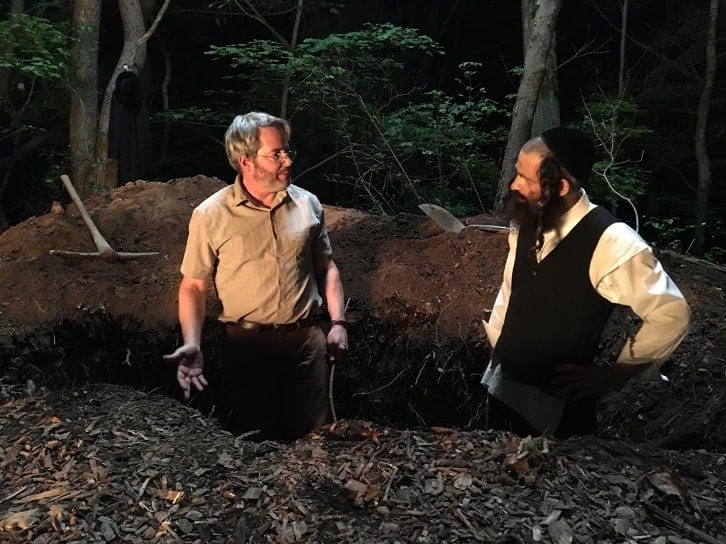 What happens next is hard to imagine. One person willing to help another in the way Albert becomes willing to help Schmuel is unbelievable but crafted comedically as to not be purely ridiculous, thus making the film even that more pleasing to watch. The stage for Schmuel’s growth is set. Soon everyone can go back to life as normal. Unable to easily appease the most curious man on the planet, Albert attempts to alleviate his concern by helping Schmuel with an experiment. Schmuel can no longer accept what’s in a textbook and must see for himself what happens to a body. Literally, SEE for himself. To the forest, they go. Months after they bury a stolen pig, the pair check in on the progress of the flesh of the pig as it turns to ash. He’s distraught to see that it’s discolored and swollen but there’s no trace of ash. Albert continues to humor him and listens to him, offers some scientific theory, while at the same time trying desperately to end their connection. But then he finds something in Knoxville, TN that they may have to explore. Something that may finally move this along. A corpse farm! Now it’s a road trip movie!

This film is indescribably psychotic and demented yet in an incredibly unique and fun way. It’s bananas and irresistibly entertaining. It’s impossible not to connect to one, if not both, of these characters. ‘To Dust’ is one to see.