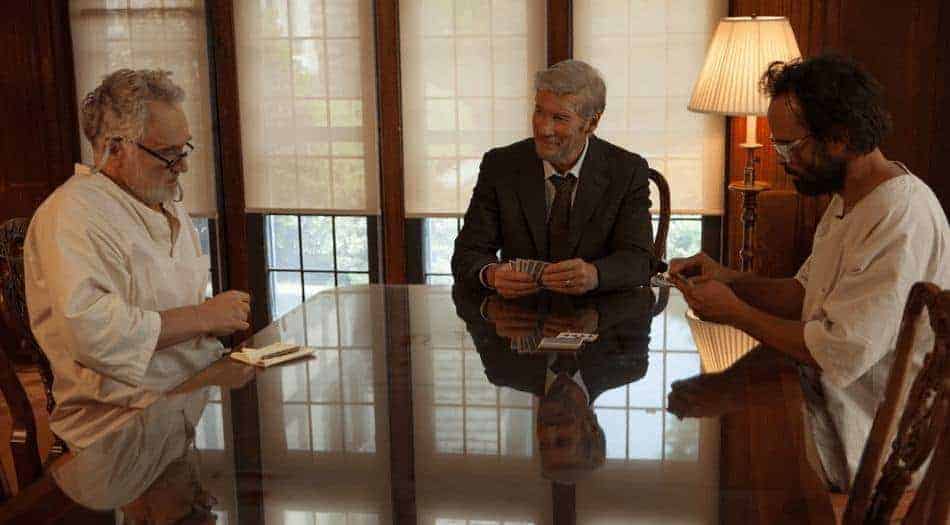 There was a time in this country when mental illness wasn’t treated with a very broad brush. Compared to how we look at mental afflictions today, the 1950’s, the era this film is set, was practically the Stone Age.

There were typical treatments such as prefrontal lobotomies, insulin induced comas, electroshock therapy and some antipsychotic drugs but very little actual psychoanalysis. Doctors weren’t getting to know a patient closely enough to build a relationship that would allow them to understand an individual patient’s needs. They’d much rather run them through the usual procedures and lock them away in the nearest institution. The film ‘Three Christs,’ which leaves a deep impact on you, deals with this very subject.

The film focuses on three patients. The three are each very different but because of their similar paranoid schizophrenic beliefs that they’re Jesus Christ at different points in his life, they’re treated with the same rubberstamp. The three are approached by a new doctor to the hospital, Dr. Alan Stone. Stone is based on a real psychologist named Milton Rokeach. Stone is played by Richard Gere who leaves a strong impression as someone who actually cares for people before, during and after they’re his patient. He admits that working with paranoid schizophrenic is difficult, confessing to Becky (Hope) who he hires as his assistant, that they’ll challenge you, try to find your weaknesses and use them against you.

One patient they begin to work with is Joseph (Dinklage). He believes he’s Jesus Christ of Nazareth and speaks almost in the Queen’s English because he believes he’s from England. He speaks as two different personalities those of Joseph and Christ. The two are very different from one another. Joseph was laughed at a lot as a child. One of the current doctor’s likes to shock him if he gets unruly, a practice Stone plans to get stopped.

The next Christ we meet is, Clyde (Whitford). He won’t speak unless spoken to properly as he’s Jesus not of Nazareth. He feels he’s tortured by a fraud in the midst. He’s referring to Joseph, of course. Clyde’s wife died during an abortion and now for some reason he hates the smell of everything. Leon is the third Christ. He and Joseph don’t tend to get along very well and he’s quite intimidated by Becky.

Though Stone finds it hard to believe in a God who allows people to suffer, or organized religion at all for that matter, Stone fights to begin work with them that’s unheard of at the time. He wants these three men put in one room with him, no shock, no drugs, separate from everyone else in the hospital and let them communicate, unrestrained and free of fears. What happens in these group therapy sessions are some tense confrontations, comical scenes and, some heartbreaking and touching moments. The film provides you with insights into how bad it was for patients with mental illnesses, revealing that all it takes is a person with a big enough heart, to turn it all around. We still have a long way to go in mental health, but had it not been for Stone and people like him, I can’t imagine how far back we’d still be.

*See this today in Sedona at the Mary D. Fisher Theatre and Harkins Shea 14