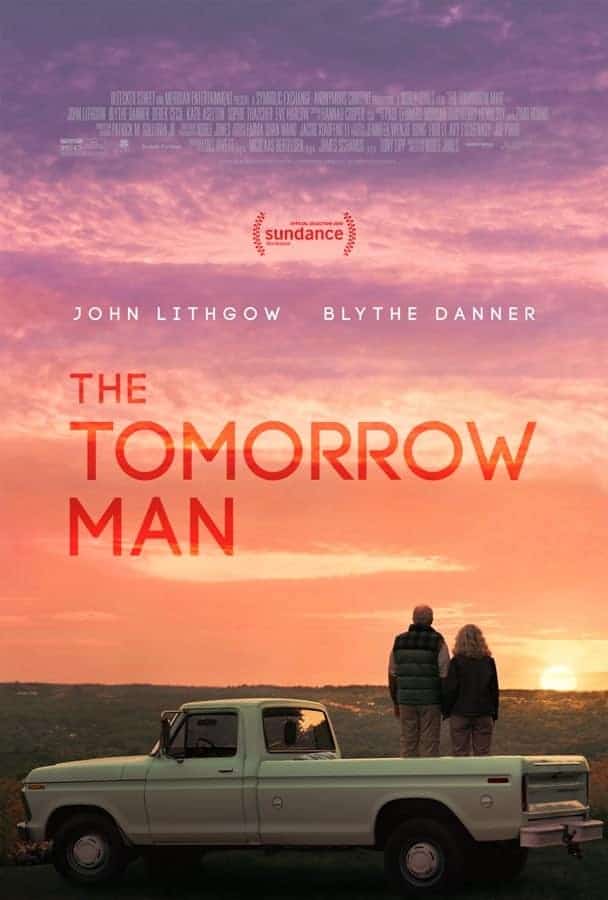 This debut film by Noble Jones is a notably distinctive love story but not the most fascinating. I say this primarily for the reason that the main character’s logic for being who he is and doing what he does isn’t intriguing enough to keep you as engaged as you could have been. It’s a nice story of two older people finding each other but throwing in the threat of the apocalypse and concentrating so much on the predictive nature of the main character kind of spoils what could have been. Ed, played by John Lithgow, feels he’s in the know. He’s paranoid, refuses to be controlled and is preparing for the worst. He chats online about his doomsday scenario with others who believe as he does. He and his only friends discuss that no one is to be trusted and that the end is quite possibly near. It will be for him if he doesn’t take his medication properly but I’ll leave that for you to discover.

In his home, he has a shelter for when he needs to hide. In this shelter is a massive supply of everything he could possibly ever need to survive if he were required to hide for a long stretch of time. Since he built this, Ed likes to journey out to the grocery store to make sure his shelter is always stocked with a fresh supply of food. One day he sees something at the store that he doesn’t usually see. Someone he’d like to actually get to know. Based on the contents of her basket, is she a ‘doomsdayer,’ too? In a show of bravery, he makes his move and speaks with her. Ronnie (Danner) is quite meek and sweet and in an awkward but brave moment, Ed asks her out.

He doesn’t seem prepared when her answer is ‘yes.’ Adorable. This is what I liked about the movie! More of this, please! If the story had stayed with these two and this blossoming story of love, it would have been fantastic. John Lithgow and Blythe Danner are splendid together with glowing on-screen chemistry, something not used as much as it could have and should have been. When the film veers away from the romance between these two stellar actors, the expectations and interest in its outcome deteriorates. 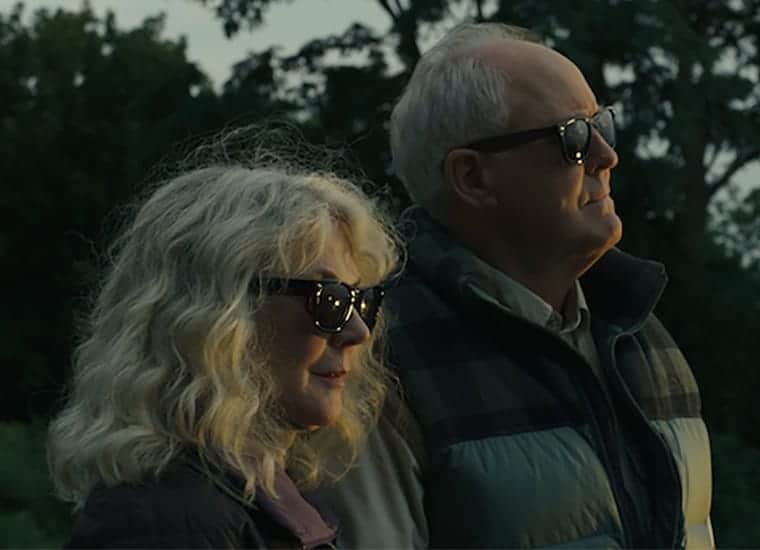 Ed’s self-serving, almost manic race to be ahead of the game if the ‘shit hits the fan’, if there’s ever a need to be prepared for anything, grows weary fast. Ronnie listens to his conspiracy theories and is supportive though she doesn’t believe a word he’s saying. She placates him because she, too, has her secrets. He calls himself a ‘preparer’ and believes she is, too, but he sees what she’s been trying to keep from him when he finally goes to her house. She’s anything but prepared. In fact, she’s a hoarder. This seems to confuse him. ‘What to do with this information?’

I can see this movie appealing only to an older crowd. Some conversations are a bit too contrived, but some points are right on the money. At the end of the film, one of these characters grows and the other isn’t yet ready to. It’s curious as to why it was one and not both but, regardless, Danner and Lithgow play these characters to a T with perfect harmony. What isn’t puzzling is why Jones hired these two to star in his film. The film can be slow but the performances can’t be missed.