“The Mountian Between Us’ is a movie that poses a question: What is more important in the wilderness after a horrifing plane crash in the Rocky Mountains, survival — or romance? Well, maybe is does not put it in those terms. But the end result is two strangers on a small plane struggle to stay alive, and then later, struggle with new-found love. When the plane cracks up on the mountain, two hearts crack open… Will they find death in the journey home, or a new life that will lead them on?

In a small airport in Wyoming, there are two people caught up with flight delays that will affect them profoundly. Dr. Ben Bass (Idris Elba) needs to get to Baltimore for a scheduled surgery he will perform the next day. Alex Martin (Alex Martin) is a photojournalist with an assignment completed. She needs to get back to Denver by tomorrow for her long-planned wedding to Mark (Dermot Mulroney). They are both in a bad spot with no flights available on the main carriers. Alex searches for a local pilot and gets a charter flight set up with Walter (Beau Bridges). Ben and Alex split the cost of the quick flight to Denver.

When they are flying over the Rocky Mountains, the weather changes quickly. Walter is overwhelmed by the bad storms and it triggers a stroke. With the pilot down, the plane also goes down. They crash land on a large snowy peak, with no civilization in sight. Walter is dead, his dog (he is not given a name) is OK, and the plane’s emergency beacon is broken. Ben wakes up with some minor injuries, and Alex is in bad shape. She has a severely injured leg that would make very tough to walk out. Ben takes his phone up to the closest peak, but still gets no cell signal. He nearly slides off a cliff and Alex has a run-in with ‘The Mountain Lion Between Us’. 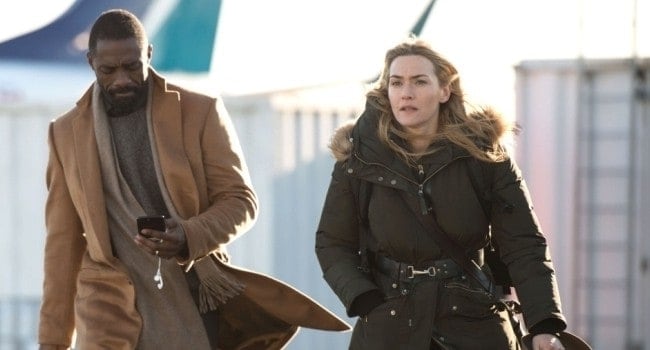 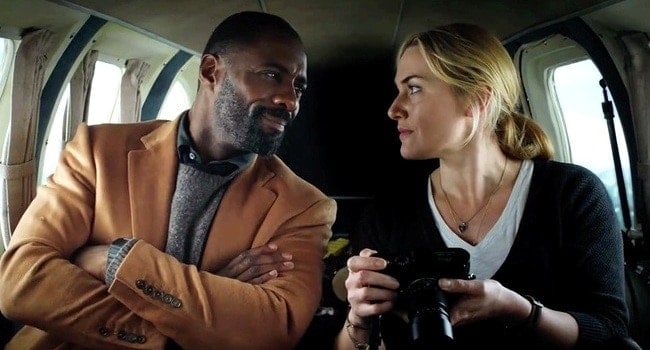 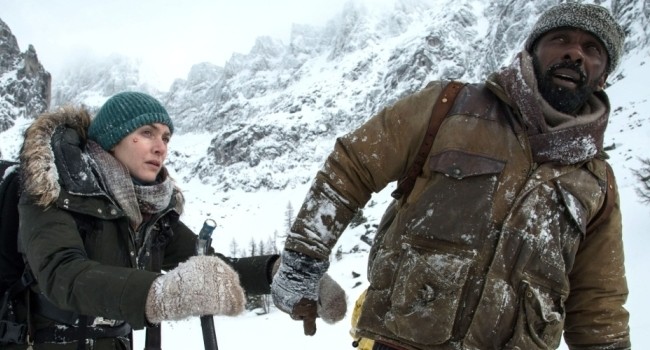 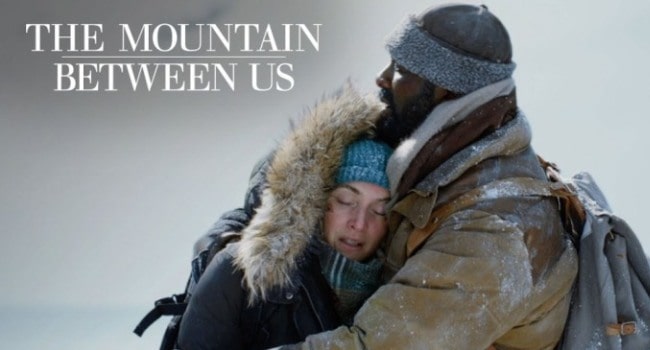 Ben has a mysterious back story and will not talk about it. Alex was to be married, and now she is missing. Nobody knows that they took the flight with Walter, and he never filed a flight plan. If there is any type of search party, the people would not know where to begin to look. Ben wants to stay where they are, with the wreckage of the small plane. Alex wants to start moving down the mountain, so they would have a better chance to find anybody. They finally decide to move on from the peak and find a way down to a valley.

Ben starts to open up, and Alex explains her misgivings about her (missed) marriage ceremony.  They continue to fight the forces of nature and some wild animals, until they come across an abandoned cabin. They have limited food, but they can melt snow for water and have a small fire for warmth. But the pressing issue Alex and her need for medical attention and her inability to travel any more. These two are in a fight to stay alive, so of course the only thing to do is fall in love. Ben had a wife who has died from a terrible illness. Alex puts herself into extreme situations for her job. But mostly it is because that is how she likes to live.

Can a down-to-earth neurosurgeon and a thrill-seeking journalist find love and happiness in an extreme situation such as a plane crash? That is what makes up the bulk of this movie. But then when is shifts out of survival mode to back into real-life mode, the action and suspense slows and then stops.  The future of Ben and Alex is a bit more exciting when it is unknown if there will continue to be a Ben or an Alex. After that is cleared up, the pace crawls to a conclusion that is trite and superficial.

Idris Elba and Kate Winslet are both fantastic actors with a wide range and deep capabilities. This movie allows them to put an effort on the screen that proves they can act, and the movie is lifted up because of that. However, the best of actors cannot lift material that is mediocre at best and is substandard at worst. The production values are really nice, but with one exception. The fluid motion of the camera in the minutes just before the plane crash is astounding. The view glides from one part of he plane to another, and shows the distress that each of the characters is in. But then it ends the scene with a crash into the the snow that is so bad, it looks like it was stolen from a video game.

This movie really tries to get over that peak and climb to the highest position. But it just can’t seem to get over that mountain of clichés and plot devices that leave the actors stranded. This might be one “Mountain” that is best to be avoided.