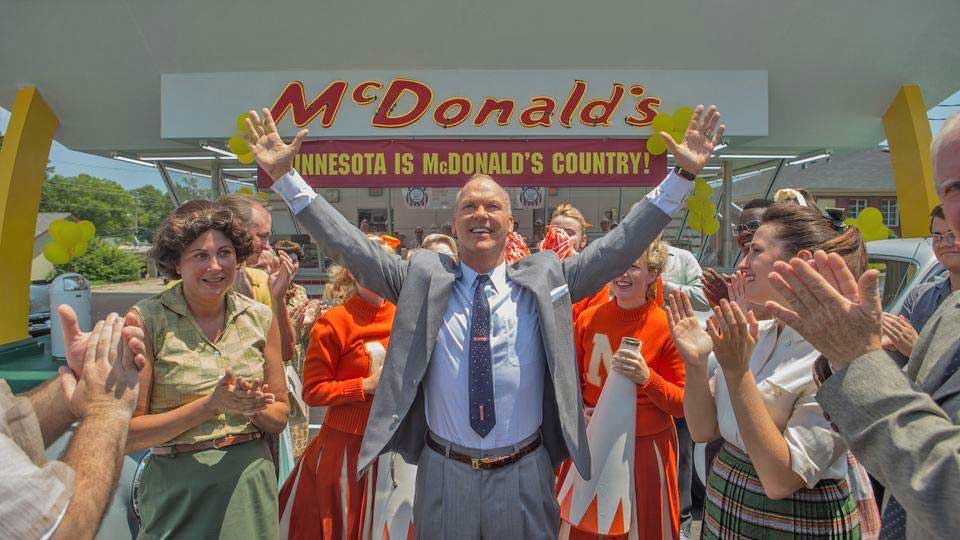 Fast Food. Dietitians hate it, society tolerates it, but most people just love to consume it. So when you get a movie about the origins of the most popular fast food restaurant in the world, you know people will eat it up. “The Founder” will be like a satisfying meal, and will fill you up more than two all-beef patties, special sauce, lettuce, and pickles on a sesame seed bun.

“The Founder” is the tale of Ray Kroc (Michael Keaton) and how a milk-shake machine salesman turned into a fast food titan. Ray is downtrodden and getting along with minimal sales, until learns of two brothers who run a new-fangeled restaurant that carries their last name. The McDonald brothers Mac (John Carroll Lynch) and Dick (Nick Offerman) have started something new and different. Ray wants in on the ground floor. 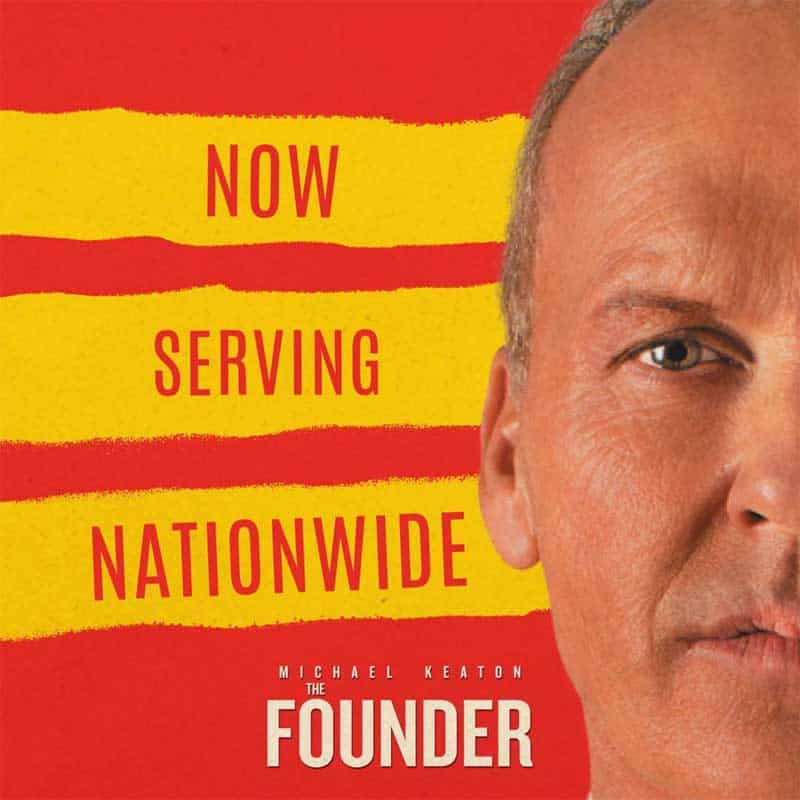 The brothers very reluctantly agree to Ray setting up franchise McDonald’s restaurants around the country. They have a very tight contract with Ray, and make sure that the emphasis is on quality and speed of service. Ray does great, but he does not let his wife Ethel (Laura Dern) know that he mortgaged the house to get it done. The expanding number of restaurants is not paying Ray enough, due to the tight contract details. Ray meets Harry Sonneborn (B. J. Novak), who explains that Ray should own the land and then lease it to the franchise owner.

Soon Ray has created a new company to buy land and create franchise owners. The original McDonald brothers are furious that Ray has taken liberties with their concept and product. Ray meets the wife of a new franchise owner named Joan Smith (Linda Cardellini). Before too long, Ray Kroc has bought out the McDonald brothers, divorced Ethel, and married Joan. He had become an unequaled giant in the fast food business.

Michael Keaton does a stupendous job playing Ray Kroc. Here is a story of a man who created a monster-sized business, yet he sometimes was brash, rude and uncaring. He saw what he wanted and took it, regardless if that was a burger chain or someone else’s wife. Yet he thought deep down that everything he did was to make himself, and the country, better.

As the two McDonald brothers, Nick Offerman & John Carroll Lynch also are terrific. They seems to convey and deep sense of pride in what they have accomplished, and each of them always is looking out for the other. They are also stubborn and small-minded. So when the business began to really grow, they rebelled against Ray Kroc instead of working with him.

If there are any problems at all with the movie, it is the ‘side dishes’. Other than the three main characters, the other roles are ‘undercooked’. Laura Dern has not much to do, and Linda Cardellini comes into the picture way too late. B. J. Novak blends into the other minor characters, also, so it is hard to tell him apart.

“The Founder” can also be compared in a way to ‘The Social Network”. Both feature a strong leader who finds a unique concept, and then battles two brothers for the ability to take something brand new worldwide. McDonald’s, like Facebook, is an international brand that took a visionary leader to get it there.