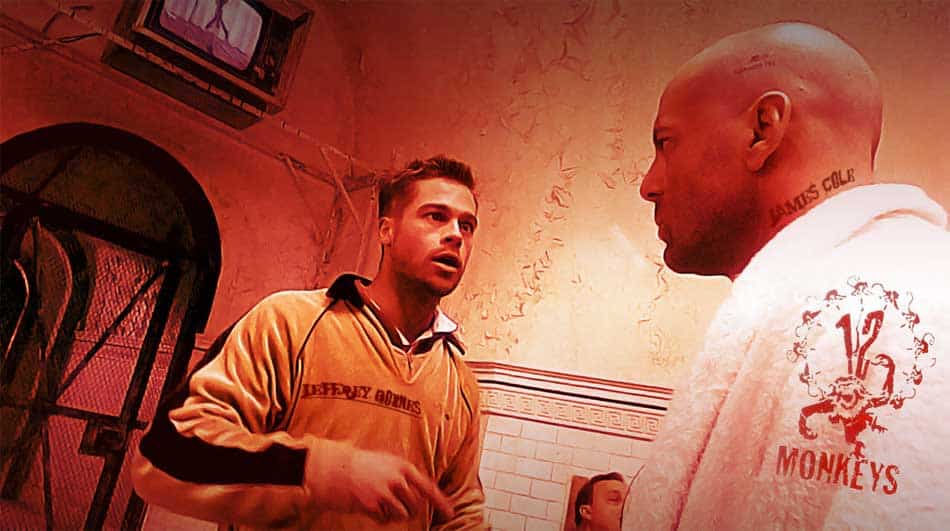 Trick or Treat with HDNET MOVIES this October, as the network presents a three-day Halloween Weekend block, featuring 16 sci-fi, suspense, and slasher classics. The special event begins on Saturday, Oct. 29, and runs through Monday, Oct. 31.

The thrills and chills kickoff with an out-of-this-world “Sci-Fi Saturday” on Saturday, Oct. 29, starting with Nathan Fillion as the captain of a spaceship harboring a mysterious stowaway in the 2005 Joss Whedon adventure SERENITY at 7pE. Next up is Henry Thomas as a young boy who befriends a stranded alien in the Stephen Spielberg opus E.T., with Dee Wallace and Drew Barrymore, at 9pE; and Bruce Willis travels back in time to save the world from a devastating virus in TWELVE MONKEYS, with Brad Pitt, at 11:05pE. Then, Natasha Henstridge stars as an alien seductress searching for a mate in SPECIES, with Michael Madsen and Ben Kingsley, at 1:20aE; followed by SPECIES II at 3:15aE; and Casper Van Dien leads the charge against colossal alien insects in STARSHIP TROOPERS, with Denise Richards and Neil Patrick Harris at 4:50aE.

The festivities continue on Sunday, Oct. 30, with “Serial Killer Sunday”, opening at 5:20pE with Kiefer Sutherland, who plays a deadly game with Jeff Bridges in THE VANISHING, with Sandra Bullock. Then, Tyler Perry is on the case as a homicide detective trailing a sadistic killer in ALEX CROSS, with Matthew Fox, at 7:15pE. Next, Michael Douglas stars as a troubled cop investigating lusty author—and main murder suspect—Sharon Stone in the steamy 1992 thriller BASIC INSTINCT at 9pE. Then, Denzel Washington and Angelina Jolie team up to take down a psychotic cabbie in THE BONE COLLECTOR, at 11:45pE; and Ben Kingsley stars as a serial killer targeting serial killers in SUSPECT ZERO, with Aaron Eckhart, at 1:50aE; followed by Kevin Costner as a respected businessman with a murderous secret in MR. BROOKS, with William Hurt and Demi Moore, at 3:35aE. 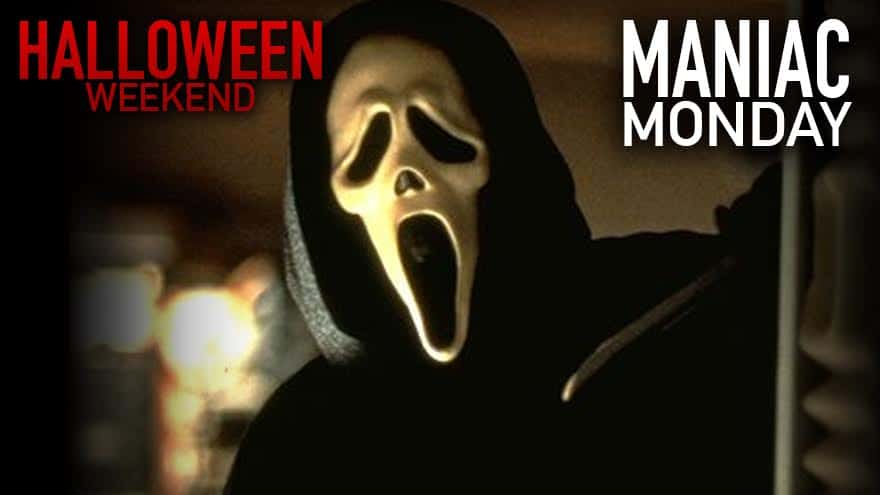 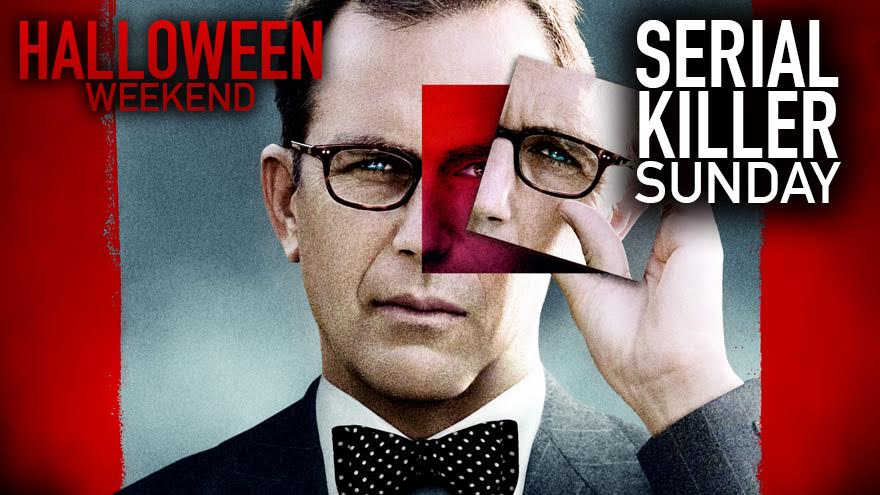 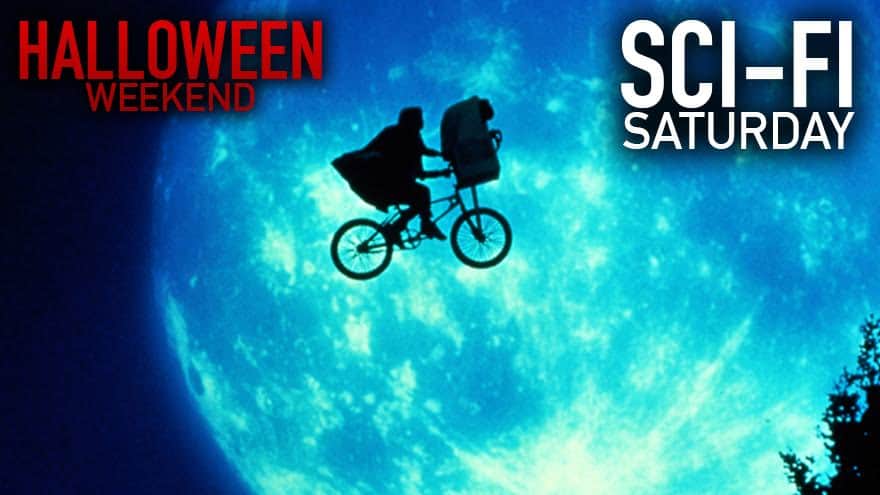 Spend Halloween with some of cinema’s most menacing madmen in the “Maniac Monday” four-pack on Oct. 31, starting with the 1998 remake PSYCHO at 7:15pE as acclaimed auteur Gus Van Sant brings Alfred Hitchcock’s magnum opus into the modern era with Vince Vaughn, Anne Heche, and Julianne Moore. Next, don’t miss Tim Curry as the eccentric Dr. Frank-N-Furter in the cult classic 1975 musical THE ROCKY HORROR PICTURE SHOW, with Susan Sarandon and Meat Loaf, at 9pE; and then Neve Campbell stars as a college student whose terrifying past comes back to haunt her in Wes Craven’s SCREAM 2, with Courtney Cox and Timothy Olyphant, at 10:45pE; followed by Guy Pearce as a military officer who encounters a cunning cannibal at an isolated outpost in RAVENOUS, with David Arquette and Robert Carlyle, at 12:50aE.

The complete Halloween Weekend Block is as follows (all times eastern): 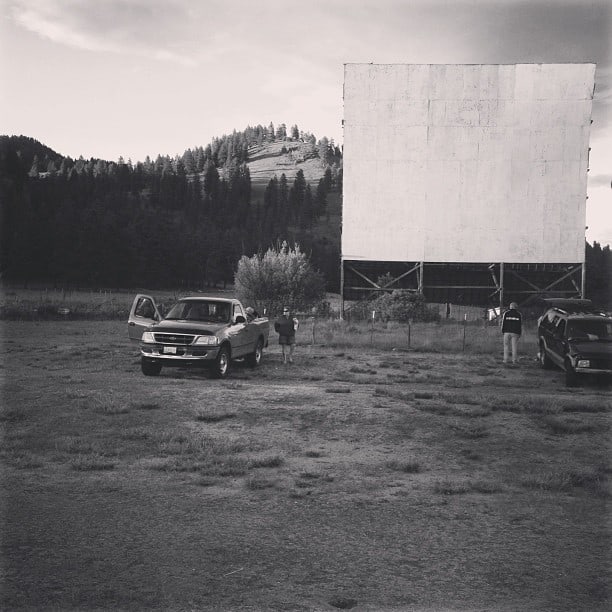 In 1933 the first drive-in movie theater opened in New Jersey. The new movie-going experience quickly caught on with drive-ins numbering almost 5,000 in it’s heyday. Today, only a few hundred drive-ins operate in the United States and Canada.

Many of the remaining theaters are celebrating the 80th anniversary with special showings. Why not check out a drive-in tonight?

Here are some photos from the last drive-in my gal and I attended. It’s called the Starlite Drive In Theatre in Hamilton, Ontario. We saw Ted, a great movie to see at a drive-in.

It brought back so many great memories. The drive-in will always be a nostalgic summer night tradition for me. I hope they don’t completely vanish. 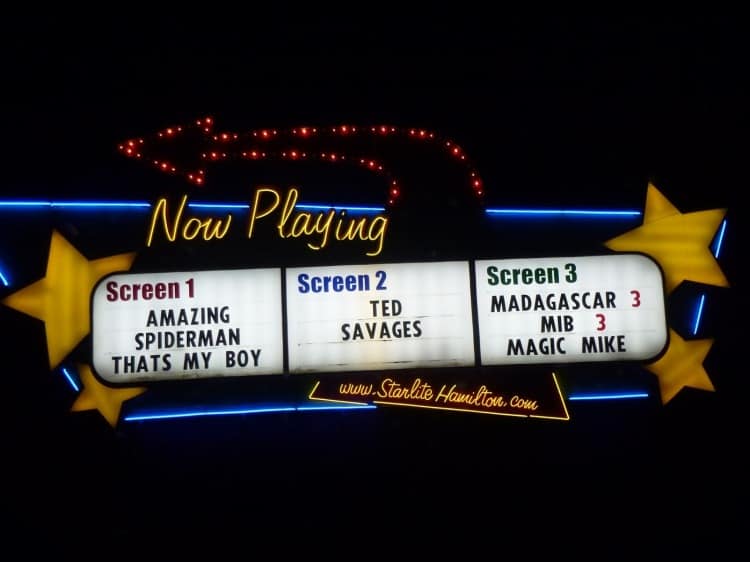 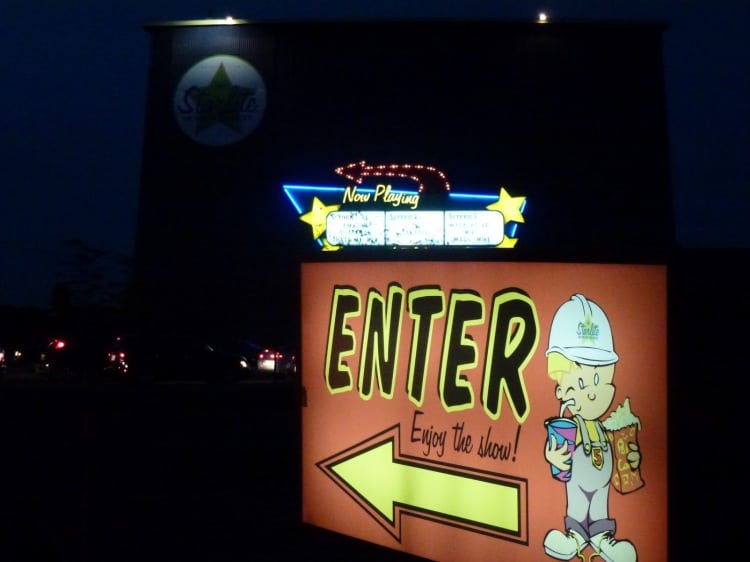 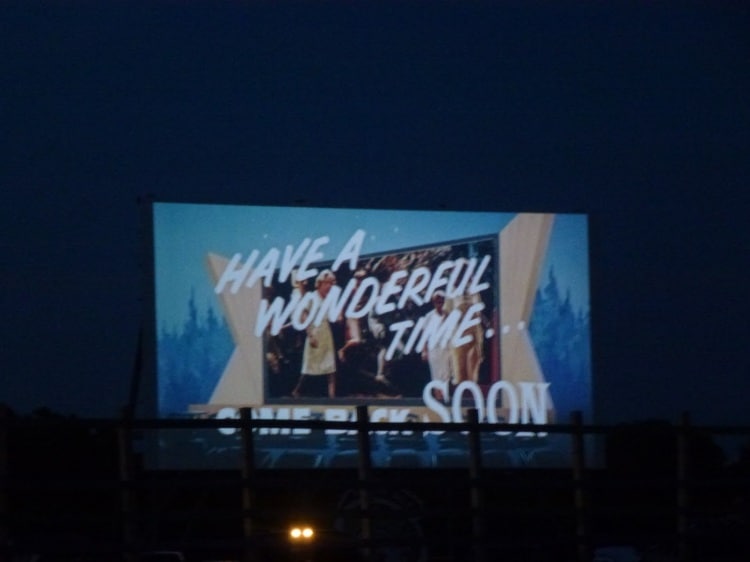 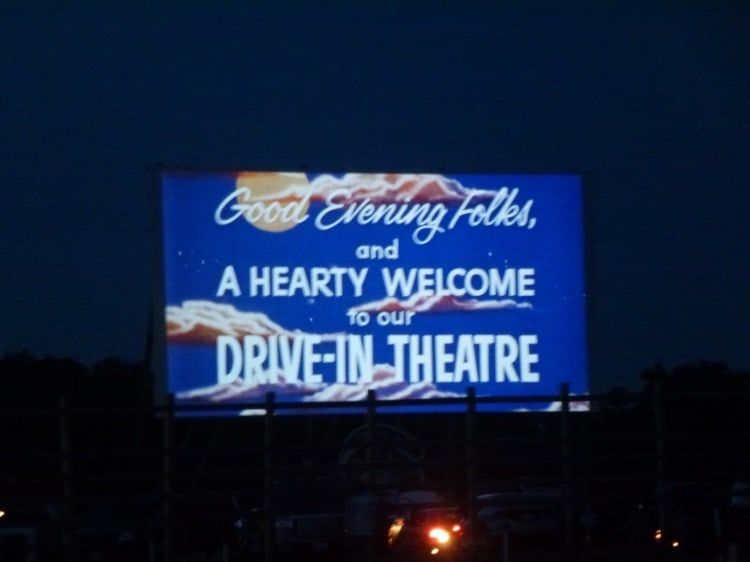