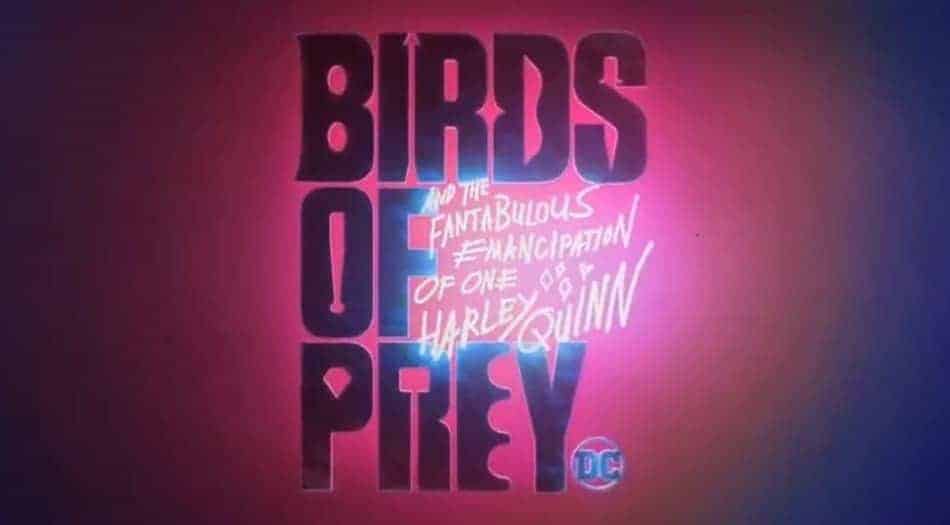 “Birds of Prey (and the Fantabulous Emancipation of One Harley Quinn)” is a major title for a major movie. Plus it is comic-book-based movie from DC, part of that weak sauce concept called the DCEU (DC Extended Universe). Compared to Marvel’s version, this Universe must be only a couple light-years across. But more recently, the DCEU has picked up momentum and it is expanding into wider and better spaces. END_OF_DOCUMENT_TOKEN_TO_BE_REPLACED

Marvel Studios is now calling upon its own namesake “Captain Marvel”, and this movie rises to meet the challenge. The biggest challenge is to make a Marvel stand-alone movie with a strong female lead character. Carol Danvers is a top military fighter pilot, and due to some extraterrestrial incident, she is infused with an unearthly amount of amazing powers. She is taken to a far-away galaxy and becomes a Special Forces type agent. Her past is stripped away, but she never has forgotten all the things from her childhood. She is still human, but now also a part of an interstellar race called the Kree, and she is part of the elite ‘Starforce’. She never quite gets the new ‘Captain Marvel’ nametag in this movie, but everyone knows it is there. This character is first female badass super-powered hero, and Marvel Studios needs this to be as significant as “Black Panther”.

Away on the Kree planet Hala, there is a small special military unit called ‘Starforce’. It is led by Yon-Rogg (Jude Law) and it includes a new half human yet part Kree woman that they call ‘Vers’. She is Carol Danvers (Brie Larson) who had most of her memories of Earth erased when she encountered a powerful energy explosion that gave her many Kree-type powers. Yon-Rogg and his other unit members, such as Korath (Djimon Hounsou) Minn-Erva (Gemma Chan) are with Vers on a special mission. 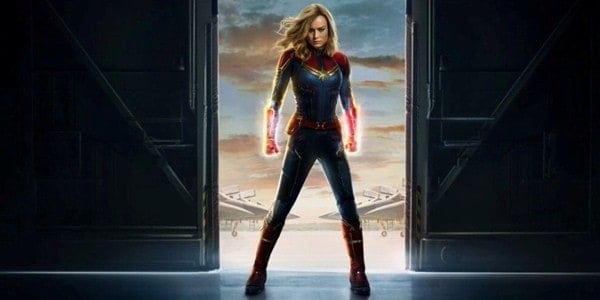 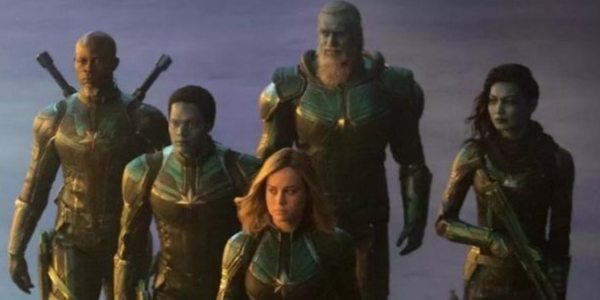 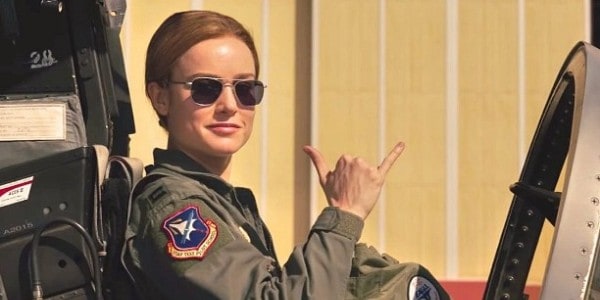 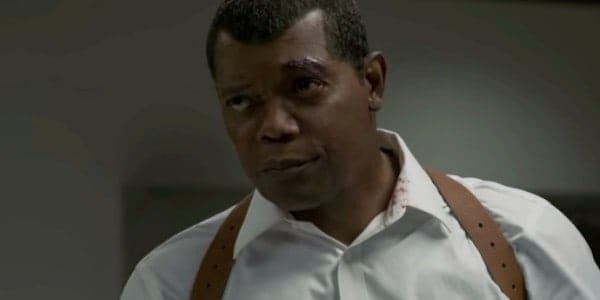 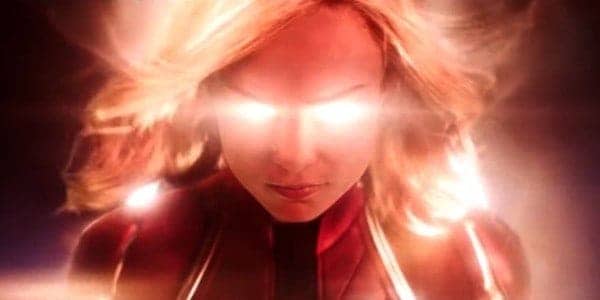 The Kree are fighting against a powerful enemy, an alien race called the Skrulls. These are sworn enemies to the Kree, and they have abilities to shape-shift into other forms. They can pretend to be a Kree, or even a human. There is a faction of Skrulls that is led by Talos (Ben Mendelsohn). The special mission goes very wrong, and Vers is taken captive by the Skrulls. But she gets away and takes refuge on a place the Kree refer to as C-53. It is back on Earth, in 1995. It is about six years after Carol Danvers had disappeared.

Vers, back on Earth, still does not remember that she is Carol Danvers and she was a successful fighter pilot. She used to fly with a fellow jet ace named Maria Rambeau (Lashana Lynch). They both had worked with Wendy Lawson (Annette Bening) who was a scientist involved in top-secret projects. It was Lawson’s experiment that misfired and gave Danvers all her super powers. Vers is found by SHIELD agents named Nick Fury (Samuel L. Jackson) and Colson (Clark Gregg). They had never discovered any people with unusual powers up to that point. No Iron Man, Thor or Incredible Hulk.

So they take an interest in Vers, and eventually find that she is the missing Carol Danvers. The shape-shifting Skrulls are around, because they followed their escaped prisoner to Earth. Soon, they have infiltrated SHIELD and followed Danvers onto the Metro rail. A great fight between Danvers and a Skrull ‘old lady’ happens, while Fury is chasing the rail train in the city streets below. This is back when Fury still had two good eyes.

Nineties imagery and music are all around, while Danvers and Fury meet up with retired Maria Rambeau to confirm what Carol Danvers thinks has occurred. They are joined by the Skrull leader named Talos, and asks Danvers to consider an alternative. All things are not quite the way that they seem. The Starforce group has honed in on where ‘Vers’ has gotten to, and now they want her back. But Danvers and Fury have a slightly different idea about what needs to happen. They all get to a scientist Lawson’s secret lab in low-space orbit. Oh, and there is also a stowaway on the space ship, a cute orange tabby cat named ‘Goose’. Nicky Fury takes a real liking to the cat, until it turns out to be another odd alien species called a Flerkin.  Watch out, Fury – You’ll put your eye out!

This movie starts off a little choppy, and it finally settles into a fun groove when Danvers and Fury get paired up. Danvers has glimpses of her past, but not until the ending does really know that she is now “Captain Marvel”. Brie Larson seems a little tentative in the role at first, but she really powers up the screen in the latter half. She has a lot of interaction with Samuel L. Jackson as Fury, and they are great as a intergalactic ‘Good Cop, Bad-Ass Cop’ duo.  Ben Mendelsohn is also a hoot to watch, when he is pretending to be a human, or as the Skrull leader.

Marvel Studios trusts that this movie will satisfy the long-time fans and also people who like strong female-led movies. The pair of Directors (Anna Boden & Ryan Fleck) includes the first Marvel female co-director. That makes sense for a movie like this. The soundtrack with 1990’s era grunge and hair metal bands adds to the atmosphere. So does the backwards glance into the wonderful world of nineties technology and pop culture. 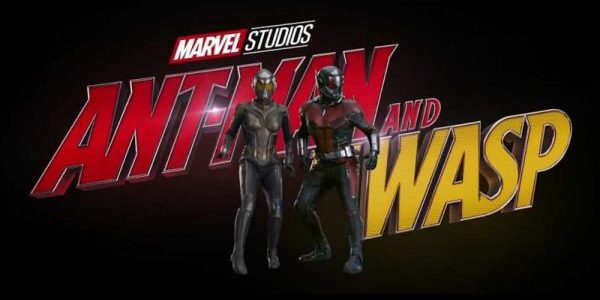 Good Heroes come in small, ant-sized Packages. That is the lesson that Marvel taught the world in 2015. When another member of the Marvel Superhero family is introduced, the world takes notice. Especially when the new character is a little bit off the beaten track. “Ant-Man” was a big success, and did not reflect its minimal-sized name. For a lower-tiered Hero, Ant-Man got the bigger jobs done (especially at the Box Office)

In the first movie, many characters were introduced and became a vital part of the Marvel Cinematic Universe. Scott Lang (Paul Rudd) had become ‘Ant-Man’ with the help of a ‘Quantum-shifting’ suit developed by Hank Pym (Michael Douglas). Pym is working with his daughter Hope van Dyne (Evangeline Lilly). Pym is missing his wife, Janet van Dyne (Michelle Pfeiffer). She had worked with the scientist when he developed his size-shifting suit that made him the original ‘Ant-Man’ and his wife the original ‘Wasp’.

Scott is under house arrest (due to what happened at the airport in Germany – see ‘Captain America: Civil War’ for details). And Hank Pym and Hope Van Dyne are on the run. His time under the watchful eye of the FBI is almost up, so the time is right that something weird should happen. Hank and Hope are working with a shady criminal named Sonny (Walton Goggins) who wants to steal the Pym technology. There is a strange woman named Ghost (Hannah John-Kamen) who is dying from a massive exposure of those darn Quantum rays. But it gives her ability to ‘phase-shift’ right through walls and such. 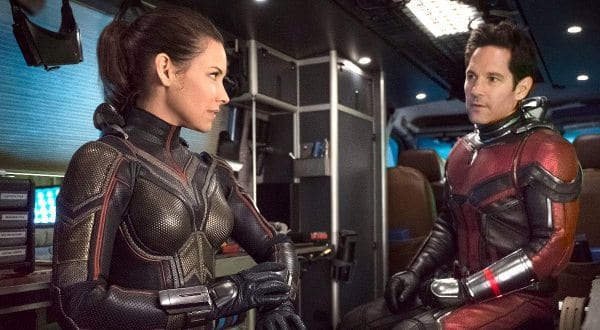 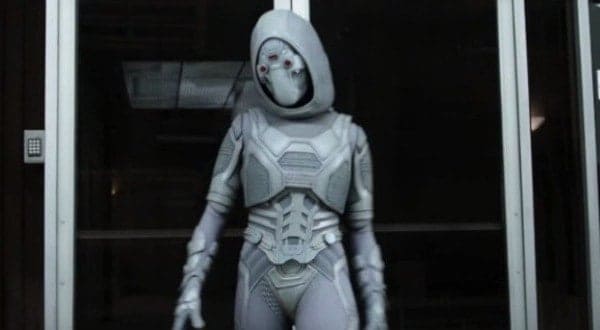 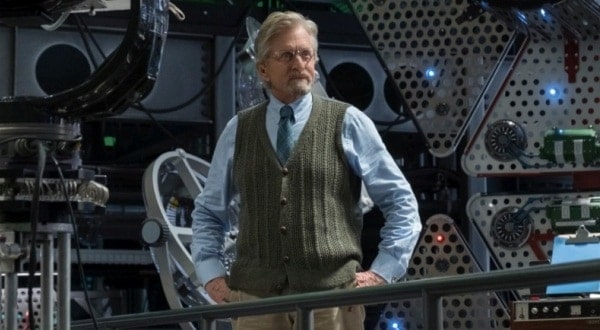 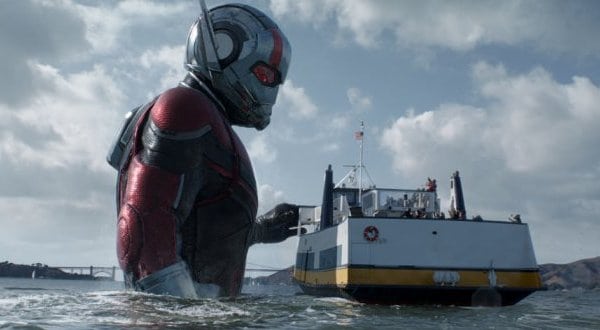 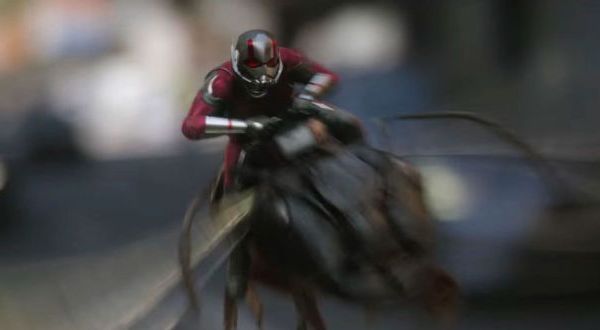 Sonny has a bunch of low-life thugs to help him. Ghost has Bill Foster (Laurence Fishburne), who is a Physics professor and old friend of Pym’s. But Forster is now turned away from Pym and wants to bring him in. Scott Lang has help from Hank and Pym, but also from his good friend Luis (Michael Peña), who is an ex-con like Scott, but is now in charge of a start-up security company.

The only one not helping is Janet Van Dyne, because for over thirty years she has been trapped in the ‘Quantum Realm’. This is a sub-atomic level world that Scott Lang briefly encountered in the first movie. Scott has been there, and could help Hank Pym find his wife. Hope will get also help because she wants her mother back. Bill Foster has decided that the Quantum Realm visit that Hank Pym is going to make might bring back enough Quantum Healing crystals to heal the Ghost and make her normal.

So everyone is on the run, from the FBI, from the low-down thugs, from the Ghost and from anything that that would make the movie boring. Scott Lang becomes Ant-Man again, and Hope van Dyne becomes the Wasp. They fight to free Janet from her Quantum prison and to beat the bad guys who only want to use the technology in the wrong way. There are great hand-to-hand battles, with Ant-Man shrinking and expanding and the Wasp able to use her suit to fly right into a flight.

The movie on a whole takes a welcome break from the normal Marvel fare. That means that not every movie needs to have an ultimate villain ready to snap his fingers and end the world. It’s also good to have a Superhero who is humble enough that he can become as small as an ant. The fights are fun to watch, when they use all the special abilities to win. There are even great car chases that go through ‘The Streets of San Francisco’. That is something that Michael Douglas knows very well.

Perhaps with a name like ‘Ant-Man and The Wasp’, audiences will assume that this is not a fun adventure movie. Those people would be wrong, because this ‘Ant’ has earned a place at the Marvel picnic.