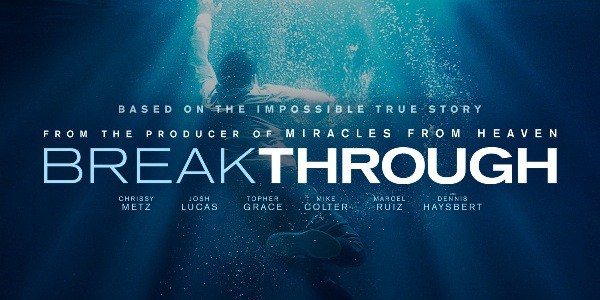 “Breakthrough” is a faith-based story of Missouri family rocked by a tragedy that turned into medical miracle. It was all because of the unshakable faith of the mother. Based on a true story from 2015, a young adopted son fell into an icy river and was submerged for over 20 minutes. But the faith and prayers of his mother seemed to bring him back to life at the hospital. The family struggle is depicted in a very straight-forward and moving way.

Joyce Smith (Chrissy Metz) and her husband Brian Smith (Josh Lucas) have an adopted son named John (Marcel Ruiz). They are very involved with their local church. Joyce and Brian went on a mission trip to Guatemala where they adopted John. Joyce has loved John with a fierce protective nature, even when he would rather ignore her feelings. He is a star player on the basketball team, and the family attends church every Sunday. Joyce is not happy with the new leader, Pastor Jason Noble (Topher Grace). She likes more traditional ways, and Pastor Jason is there to shake things up. Joyce still will not call him by his first name, and she hates his 90’s boy band style haircut.

Over a long weekend in February, John and his friends go over to the frozen lake in the town and are goofing around on the ice. The ice suddenly breaks, and the boys are in the icy water. The Fire Department rescue people show up quickly, but by then John Smith has sunk down into the murky depths. A water rescue EMT named Tommy (Mike Colter) is in the water, about to give up on the search – but he hears a voice telling him to “Go back”. He tries again, and finds the body of John underwater. John is brought to the ER, and the doctors are unable to revive his lifeless body. 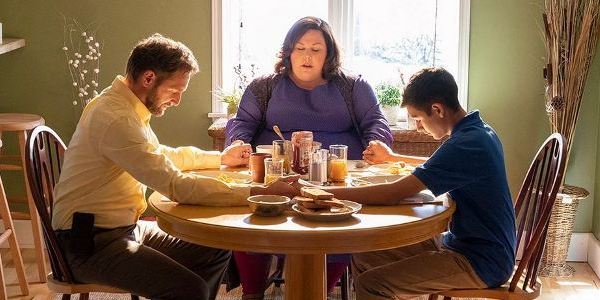 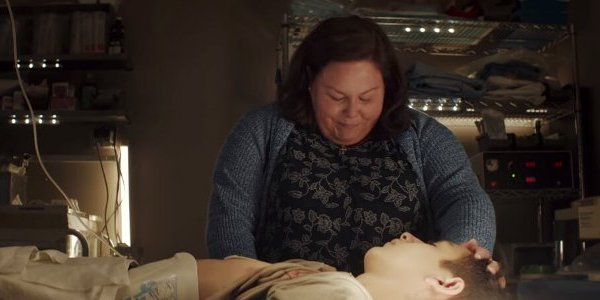 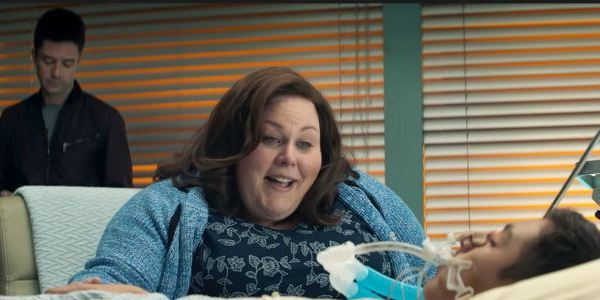 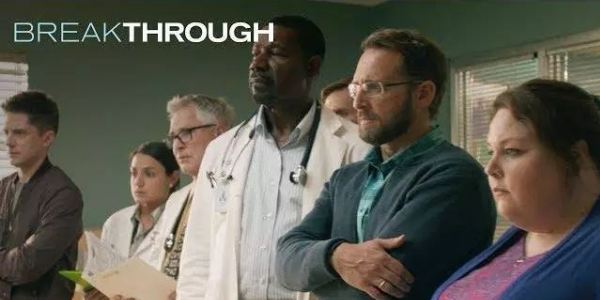 Joyce is beside herself when she gets to the hospital. She is allowed time with John, until they need to take his body to the morgue. She prays and cries and prays and yells and prays for God to answer her prayer. John’s pulse revives and he is a weak condition. But John is still alive, so they rush him to the Children’s Hospital. A specialist is there named Dr. Garrett (Dennis Haysbert), and he has treated many drowning patients. But there has never been a patient who had been underwater for so long. John might survive, but he could have severe mental difficulties. Brian Smith is so distraught that he cannot be in the hospital room. But Pater Jason shows up to support Johan, and especially Joyce.

Dr. Garrett has put John into an induced coma, so that his body can adjust to trauma that he has gone through. Many of the nurses and other doctors openly speak about John’s condition is tenuous, and that Joyce and Brian should prepare for the inevitable. Joyce is a fierce Mama Grizzly, and she chastises anyone who does not believe that John will be OK. Her strength, which can sometimes turn into pig-headedness, is overwhelming. She finally breaks down and realizes that Pastor Jason is doing the right thing, and she accepts him. She has some medical issues herself, but is strong enough to be a powerful voice for John. She wants the doctors to give him a chance to fight on his own, and orders him taken out of the induced coma.

At the moment of greatest need, Joyce unites her church and her community with enough faith and power to see John back from the dead. Even medical EMT Tommy comes by to tell Joyce that he heard a voice that day to ‘Go back’. But it was not his Fire Chief, or any other human voice that told him to do that. Tommy is not a religious man, but he says that he knows that there is someone above looking out for John. The people from church sign outside of John’s window at the hospital to show their support. So, will John make a ‘Breakthrough’?

Given that a story such as this could be very predicable and could turn very mawkish, the level of acting and direction raises it up to higher standard. You actually do start to care for the predicament that Smith family find themselves in. The human and emotional honesty with the characters turns it into a very uplifting and heartwarming story. Chrissy Metz is a large woman, but she needs to be to contain the size of her heart. Her performance was really emotional and true. Topher Grace is also really good in his role. Dennis Haysbert has the type of gravitas to pull off the role of an experienced Doctor. You just wish that he would turn to Joyce when John is put into the hospital room and tell her – “He’s in Good Hands”…

All in all, it is strong contender for a wide and positive audience reception, even outside a faith-based community. There is a little bit of a play on words with the title of the movie, “Breakthrough”. It could stand for the time when the boys ‘break though’ the ice of the river. But it could also be reflective of the medical ‘break though’ when John recovers. God Only Knows… 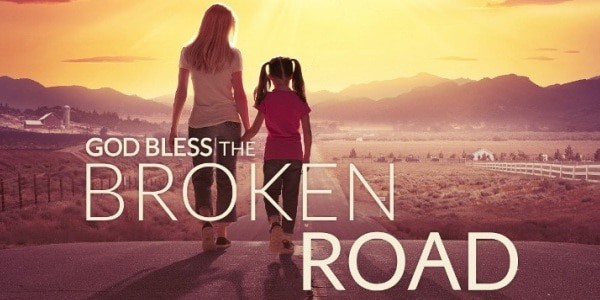 “God Bless the Broken Road” is an odd-ball combination. There is a Christian view on life that goes from being overly preachy to almost an afterthought. There is a main plot of a woman recently widowed, who gets a treatment straight out of the Book of Job. After her husband dies in Afghanistan, all sorts of tribulations befall her. She doubts her faith, and loses her house and even her young daughter turns against her. Yet at the same time, there is a sub-plot that is straight out of the movie “Cars”. A hot-shot driver meets up with an old-timey mentor who can teach him out to ‘correctly take the turns’, both on the track and in real life.

Amber Hill (Lindsay Pulsipher) lives is an ideal little town located in the heart of Kentucky. Everything is perfect, with all of her friends at the local church. She is a choir leader and she loves her husband, who is off in a war overseas. She loves her little daughter Bree (Makenzie Moss) who spouts off some cute biblical sayings when times are tough. Her friends at church are Karena (Robin Givens) and her daughter Bridgette (Jordin Sparks). The church is led by Pastor Williams (LaDainian Tomlinson) who is a linebacker-size preacher. 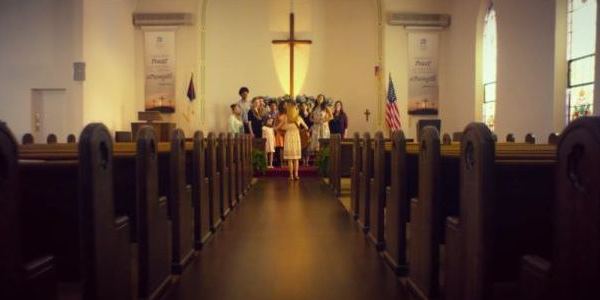 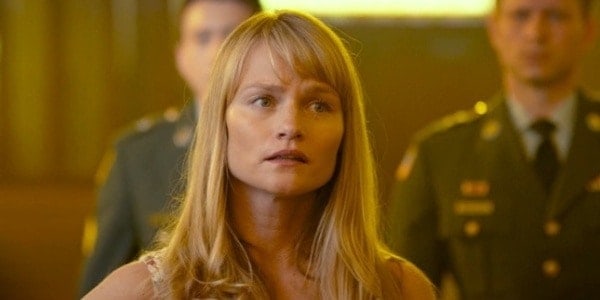 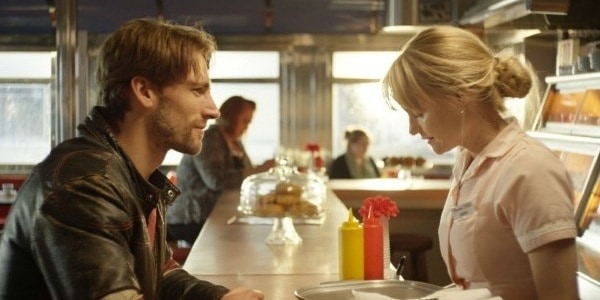 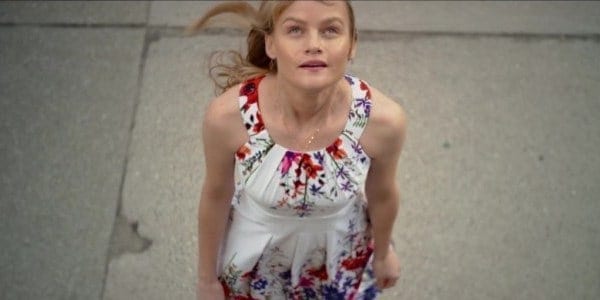 But after Amber’s husband is killed in battle, everything falls apart. Two years later, she has not recovered from the shock and the grief. She stops going to church and she works a lot more hours at the diner. Many more things are working against her, including a mother-in-law Patti (Kim Delaney) who always seems to criticize her. Bree is getting worried that her mom is giving up on her life. Amber is missing payments on the house, so the bank is getting ready to foreclose. Her van is held together with duct tape and bungee cords.

But a super-cool NASCAR driver named Cody Jackson (Andrew W. Walker) comes to town to work with a guy named Joe Carter (Gary Grubbs). Joe is master mechanic and a NASCAR driving coach. Cody is having problems with the turns and he only has the need for speed. He is being sent down to the minors for a while to pick up tips from Joe on how to drive fast, but still make the corners without spinning out. Cody meets Bree at the church, where he get ‘volunteered’ by Joe. There is a go-kart club that they start up for the youth group. Cody feels an attraction to Amber, and tings might get serious.

If this sounds like it is meandering and unfocused, then I have correctly described the plot. Just think of Amber as a Biblical version of Job, and think of Cody as Lightning McQueen. Amber’s life continues to crumble around her. She is a widow with very little money, the house is taken away, Bree runs away and then decides that staying with her Grandma Patti is better then her own mom, Amber.

The acting is stiff and wooden, except for Gary Grubbs (as Joe). The whole story-line is strained and fuzzy. The child actors are not up to today’s excellent standards. The melding of small-town religion and NASCAR idolatry seems to be forced. The movie shares only the (extended) name in common with a Rascal Flatts country song (“Bless the Broken Road”).

“God Bless the Broken Road” is a poor attempt to make an uplifting, spiritually strong movie. It’s in not even clear if that was the intention of this production.  This might be a re-envisioning of “Talladega Nights”, for all I know. Know that this movie was better as a song.

God may bless this “Broken Road” – but sure as the devil, you don’t need to sit through it.