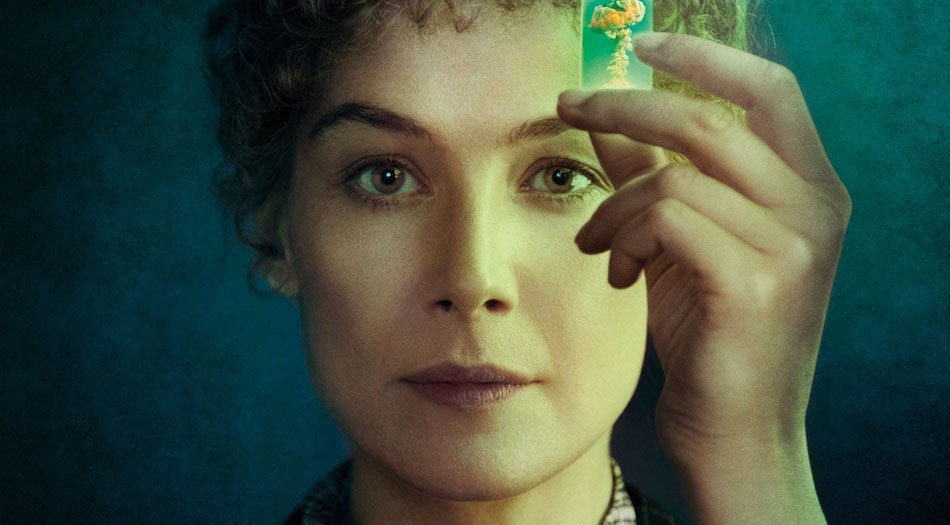 From the 1870s through to modern day, RADIOACTIVE is a journey through Marie Curie’s (Rosamund Pike) enduring legacies – her passionate partnerships, scientific breakthroughs, and the consequences that follow.

In late 19th century Paris, Marie met fellow scientist Pierre Curie (Sam Riley). The pair went on to marry, raised two daughters and changed the face of science forever by their discovery of radioactivity. In 1903, the pair jointly won the Nobel Prize in physics for their discovery, making Marie the first woman to win the esteemed prize.

After the death of her beloved Pierre, Marie’s commitment to science remained unwavering and her work went on to win her second Nobel Prize, taking with it the responsibility for discoveries which changed the world. This is a bold, visionary depiction of legacy of an extraordinary life, the transformative effects and ensuing fallout of the Curie’s work and an exploration of how this impacted the defining moments of the 20th Century.

Starring BAFTA and Academy Award® nominee Rosamund Pike (GONE GIRL, A UNITED KINGDOM), Sam Riley (CONTROL, MALEFICENT), Anya Taylor-Joy (THE WITCH, SPLIT) and Simon Russell Beale (THE DEATH OF STALIN, INTO THE WOODS) and directed by Academy Award® nominated Marjane Satrapi (PERSEPOLIS, THE VOICES), RADIOACTIVE is a cutting-edge historical drama which delves deeply into the Marie Curie’s life and the aftermath of her discoveries.

Adapted from Lauren Redniss’ graphic novel ‘Radioactive: Marie & Pierre Curie: A Tale of Love and Fallout’, the screenplay was written by Jack Thorne (WONDER, Channel 4’s KIRI, HARRY POTTER AND THE CURSED CHILD). The film is produced by Shoebox Films’ Paul Webster (ATONEMENT, EASTERN PROMISES, SALMON FISHING IN THE YEMEN), together with Tim Bevan and Eric Fellner, co-chairmen of the BAFTA award-winning production company Working Title Films (THE DARKEST HOUR, LES MISERABLES, THE DANISH GIRL, THE THEORY OF EVERYTHING, RUSH). STUDIOCANAL and Amazon Studios co-financed the feature film, which was filmed on location in Budapest and Spain.. 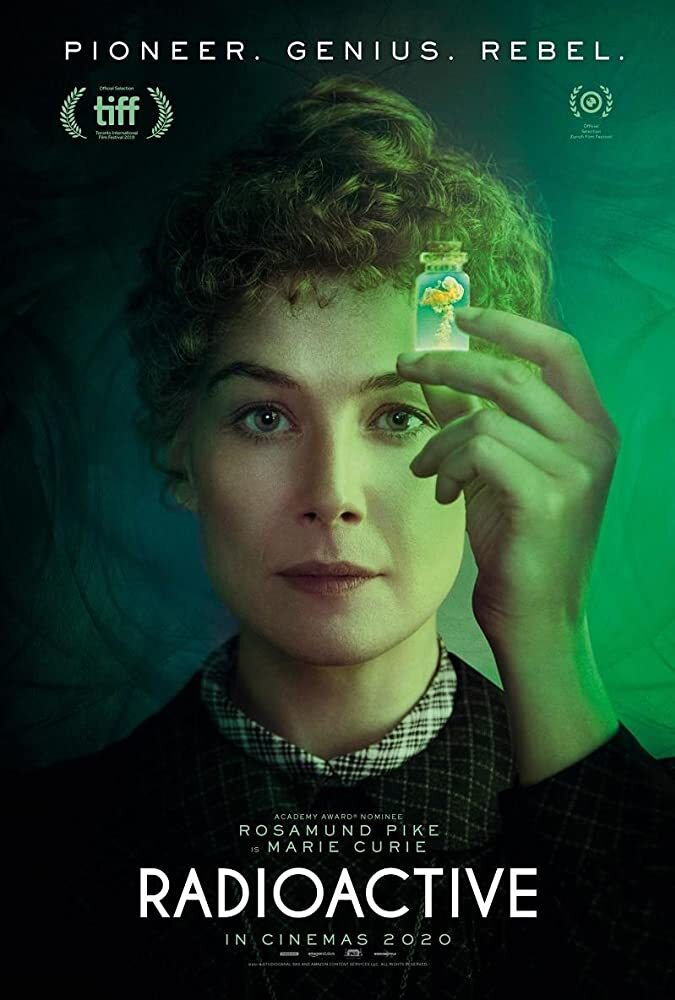 IMPORTANT: Members who receive a link must sign-up with AmazonScreenings.com to register for the advance screening in order to receive your RSVP confirmation from Amazon Studios for the Radioactive screening (check spam folder). The confirmation will come from no-reply@amazonscreenings.com.

On the day of the screening approximately an hour before the start time, you will receive a link to access the screening via email from AmazonScreenings.com.  You can log on at that point to confirm your seat. Leave the page open on your screen and return before the start of the film. Otherwise you could be locked out if  run out of spots.