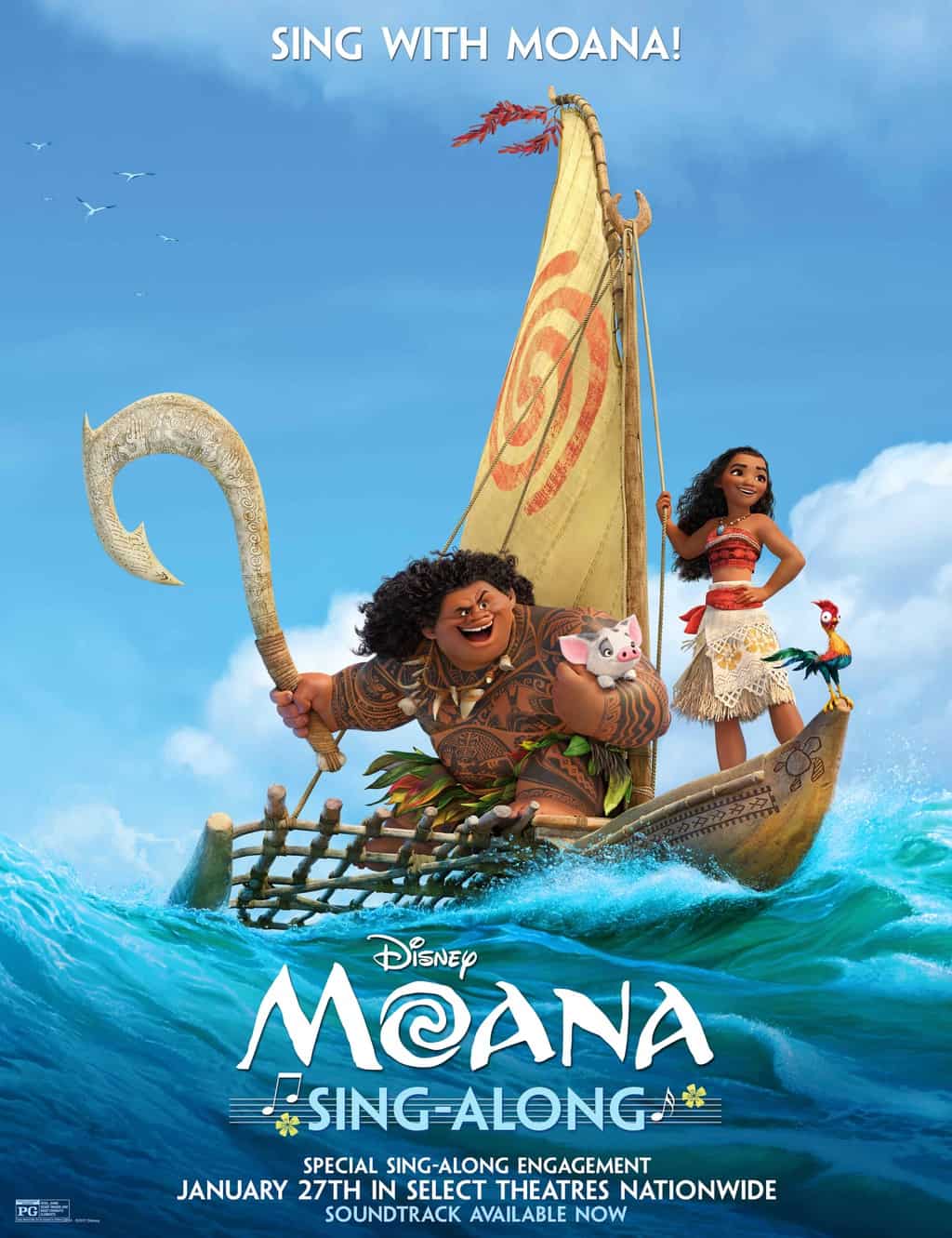 Fans are invited to warm up those vocal cords and set sail with an all-new sing-along version of “Moana” launching in more than 2,000 theaters nationwide on Jan. 27 andexclusively at Hollywood’s El Capitan Theatre on Jan. 20.

“Moana” audiences were swept away by the film’s original songs and score from a dynamic team that includes Tony®-, Emmy®- and Grammy®-winning songwriter Lin-Manuel Miranda (Pulitzer Prize- and Tony-winning “Hamilton,” Tony-winning “In the Heights”), Mark Mancina (“Tarzan,” Broadway’s “The Lion King”) and Opetaia Foa‘i (founder and lead singer of the award-winning world music band Te Vaka).

The sing-along version of “Moana” includes the full feature film with on-screen lyrics, so audiences can belt out the words to their favorite songs, such as the Golden Globe®-nominated “How Far I’ll Go.” Moviegoers can check local listings for showtimes and theaters; the sing-along run will vary by location.

Walt Disney Animation Studios’ 56th animated feature opened domestically on Nov. 23, 2016, becoming the No. 2 Thanksgiving debut ever with $82 million. The film continues to delight audiences around the globe, earning more than $225 million domestically and $450 million worldwide to date. The film has a 95% score on Rotten Tomatoes and an “A” CinemaScore.

“Moana” has received, thus far, nominations for BAFTA, PGA, Golden Globe® and a Critics’ Choice Movie Award for best animated feature. The film’s uplifting soundtrack has dominated the music charts for more than six weeks, peaking at No. 1 on the iTunes Albums chart; it is currently No. 1 on Billboard’s Top Album Sales chart and No. 2 on the Billboard 200 album chart. The soundtrack is available wherever music is sold and at streaming services.

Audiences can soon enjoy the original theatrical version of the film at home and packed with a variety of bonus extras when “Moana” arrives on Digital HD/3D and Disney Movies Anywhere (DMA) on Feb. 21, and on Blu-ray 3D, Blu-ray, Digital SD, DVD and On-Demand on March 7.