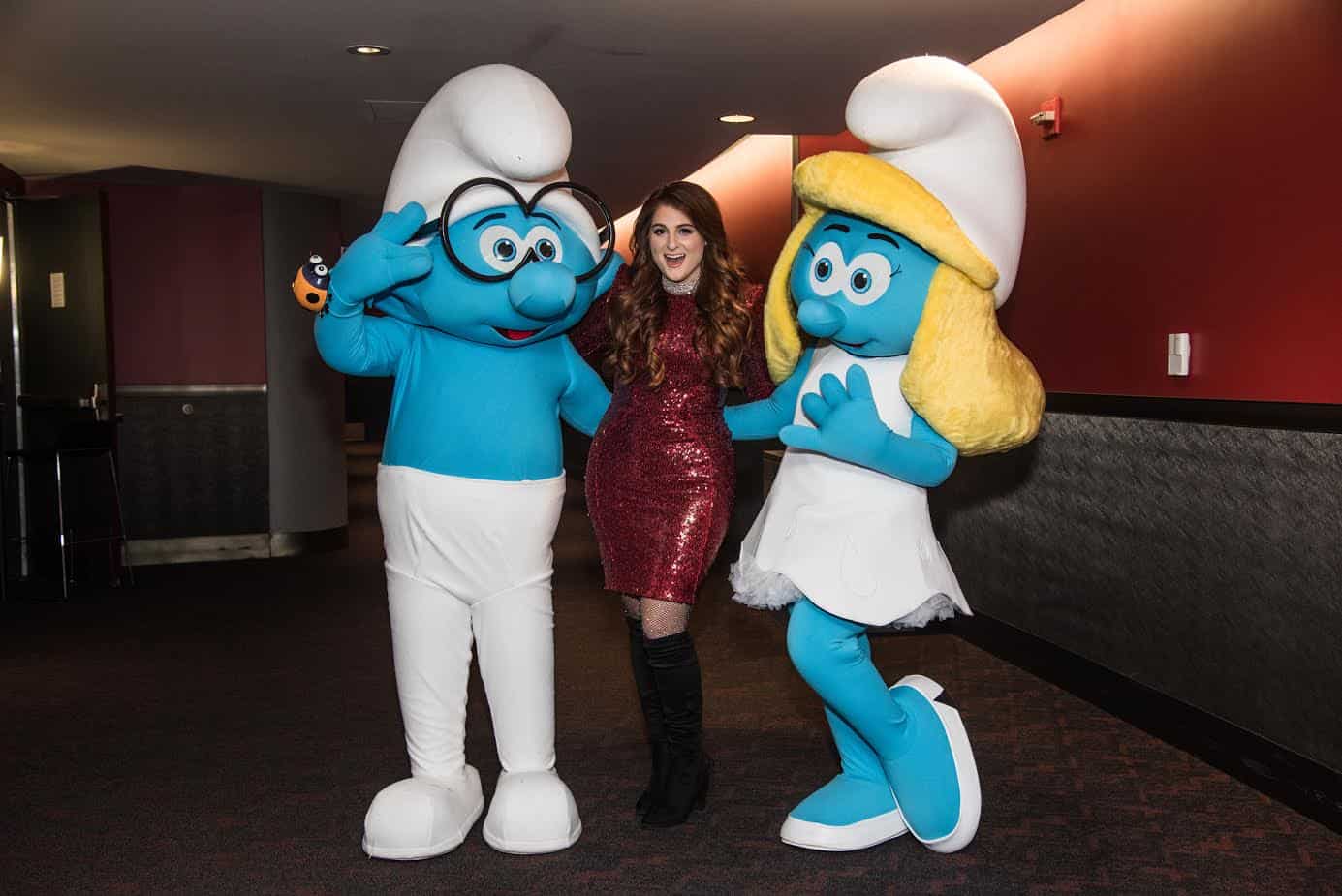 Fans will be able to hear the song in the new year, in advance of the film’s debut in U.S. theaters on April 7, 2017.

Commenting on the announcement, Trainor said, “I love the Smurfs and was honored when they asked me to write a song for this new movie.  I was especially excited – I wrote the whole thing in one evening!”

In this fully animated, fresh new take on the Smurfs, a mysterious map sets Smurfette and her best friends Brainy, Clumsy and Hefty on an exciting and thrilling race through the Forbidden Forest filled with magical creatures to find a mysterious lost village before the evil wizard Gargamel does.  Embarking on a rollercoaster journey full of action and danger, the Smurfs are on a course that leads to the discovery of the biggest secret in Smurf history!  Directed by Kelly Asbury, the film is written by Stacey Harman and Pamela Ribon, based on the characters and works of Peyo.  Produced by Jordan Kerner and Mary Ellen Bauder Andrews, the film features the voices of Demi Lovato as Smurfette, Rainn Wilson as Gargamel, Joe Manganiello as Hefty Smurf, Jack McBrayer as Clumsy Smurf, Danny Pudi as Brainy Smurf, with Mandy Patinkin as Papa Smurf.