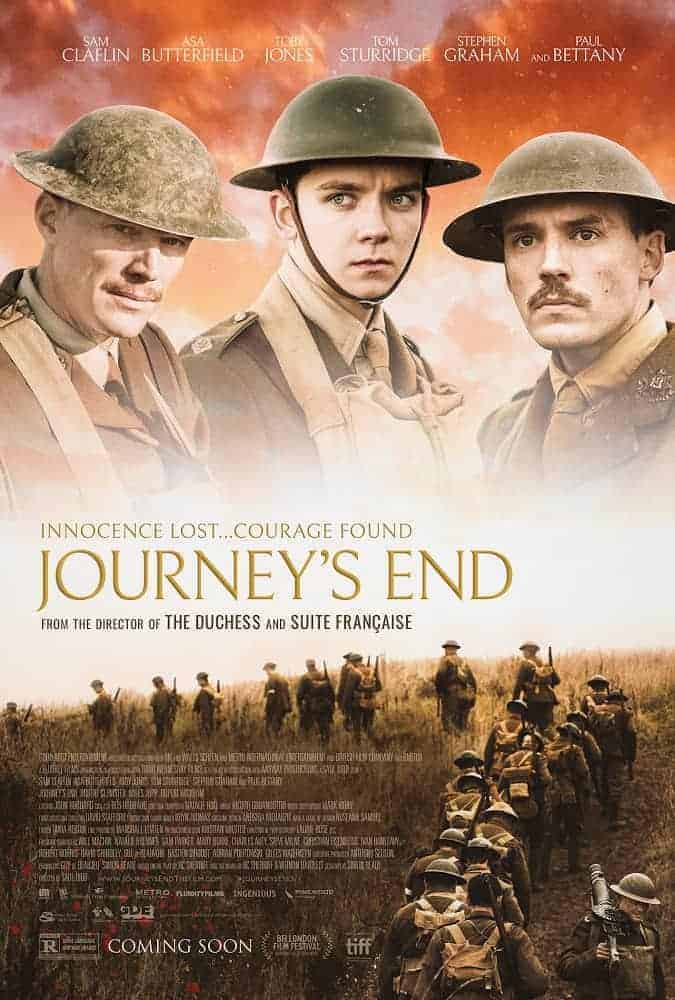 Journey’s End is an incredibly well-done war film. It’s set in the spring of 1918 during the fourth year of WWI. We’re transported to the battle of Saint-Quentin in northern France, where a very young soldier, Raleigh (Butterfield), is in the trenches about to fight for the first time. Each company of soldiers is required to spend six days a month on the front-line and it’s his turn.
The set is brilliant and looks authentic, giving you the exact feeling of what a WWI trench warfare must have felt like.
As the camera moves through the men, you get a strong feeling of claustrophobia. To manage this feeling, director Saul Dibb keeps the camera focused closely on the faces of the soldiers, allowing you to sense all expressions clearly. There’s no way you’ll mistake a feeling of fear for one of contentment or bravery.

You can’t help but think of what it would have been like back then not only being on the front-line but being stuck in the ground for so such long periods of time, waiting for the enemy, waiting to die. Young Raleigh is stationed with a friend from back home, Stanhope (Claflin), who happens also to be captain. Stanhope isn’t exactly handling things well and knowing the sitting ducks that they are, gets through the day by drinking as much whiskey as he can get his hands on.
These characters will keep you engaged in the film and the actors playing them must have been well versed enough in the war to visually and audibly bring the attention to detail Dibb needed to pull empathy and pity for their circumstances from his audience.

We’re not in battle much, but when we do get there, you’ve gotten to know them and care for them so much so that you’re hoping they return. You dread the possible moment a bullet finds Raleigh. The journey Dibb takes you on is from different perspectives than most and it’s those differences that you’ll celebrate.

It was originally a play written by former British officer R.C. Sherriff. His story was simply about life in the trenches during WWI and you’d think it couldn’t make a thought-provoking yarn but with the characters struggles, their trying to get in the last smoke before they die and the battle itself, Journey’s End, though a smaller film than others like it, is one of the better war pictures I’ve seen. There are a few slow parts but don’t worry… no matter what’s going on in the film you’ll be in a constant state of wondering what’s going to happen next. This helps make Journey’s End memorable, which it most certainly is.