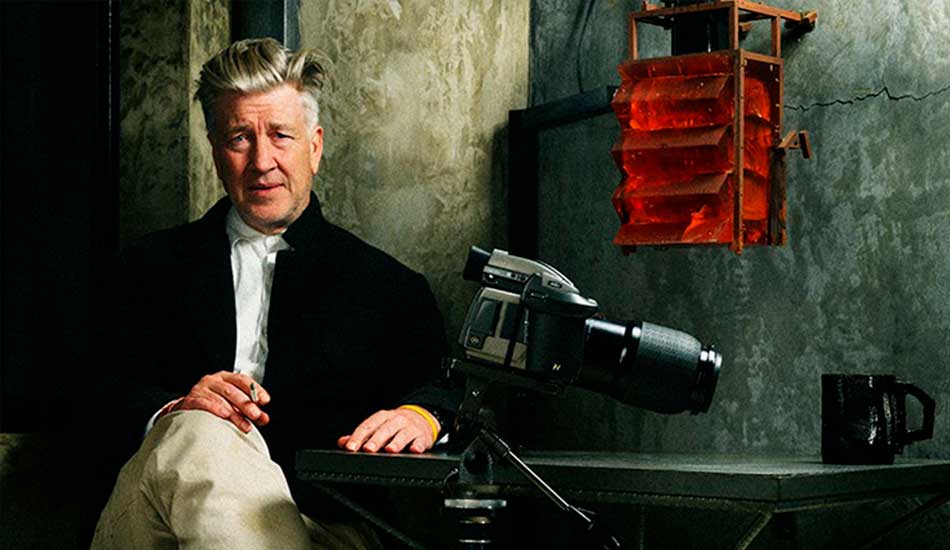 David Lynch, in case you didn’t know, (and it would be a shame if you didn’t because he’s one of the most important artists of our time), is an American director, screenwriter and producer.  He’s a musician, sculptor and a painter; the former is broadly noted in this film.  Looking him up, one will find that he’s labeled a Surrealist.  Surrealists perceive their work as expressions of the philosophical, abstract and even metaphysical points of view.  If you’d like to know more about him, this Documentary will enlighten you and then stimulate you into wanting to see everything he has ever had a hand in creating.

We open on a long shot of Lynch sitting in a chair smoking… contemplating life.  He then talks about his childhood, moving from Montana to Idaho to Washington.  His mother, seeing his drawings as a boy, supported his young imagination by not allowing him to use coloring books as they might stifle his creativity.  There’s joy in his voice as he examines the early memories of his family and friends until he reaches his move to West Virginia when he was in high school.  It’s here where he is ridiculed and his life changes.  He sees everything around him as cloudy and muted, often stormy whereas before there was always sun and happiness.  The good boy turns bad when he starts to hang out with the wrong crowd and this time in his life, as well as a bit later when he visits a morgue, that you can see his style of provocative art and filmmaking start to take shape.  The drawings that Director Jon Nguyen and his co-directors Rick Barnes and Olivia Neergaard-Holm choose for the words that Lynch now speaks set the tone beautifully.  The art displayed at this time is intense; one is of a giant face screaming, ‘Help me!’ as he spoke of pure hatred for where he moved to, was shocking. 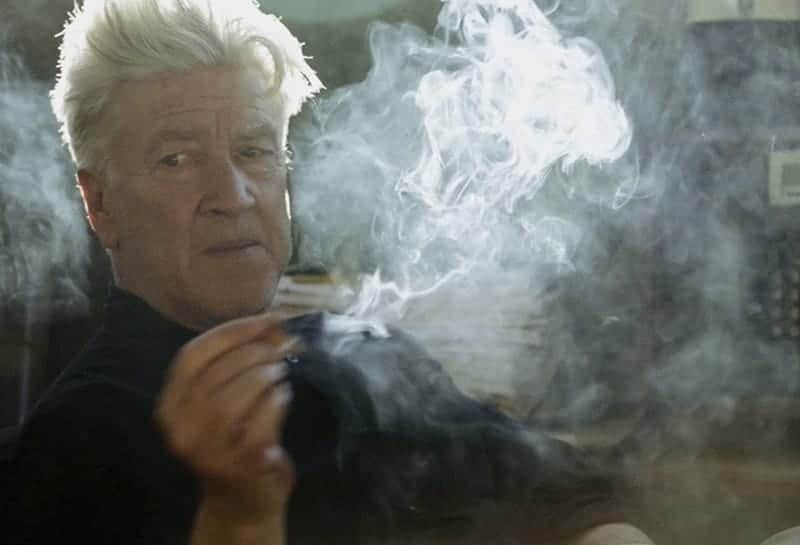 Soon after, the atmosphere changes and the camera catches him talking about Bushnell Keeler, the artist and person who is most responsible for encouraging his painting (and who got him to attend art school), more than anyone else.  It’s seeing Keeler’s studio that cemented his love of the craft… this is when he knew what his future held.  He gave him the book The Art Spirit by Robert Henri and Lynch loved it so much that he carried it everywhere with him.  What made his spirit live by this time in his life was drinking coffee, smoking and painting.  A few minutes later, into the microphone, he recants how his parents allow him to blossom and before you know it he’s going to school, has his first child and begins to try film on for size.  Why not?  He has done everything else?  Pieces of his first films The Alphabet and The Grandmother are shown and we are taken down memory lane into how Eraserhead came to be.

You learn so much about him in this short amount of time that you may feel as if you know him intimately.  This documentary is so well done that you’re grateful for the filmmakers having decided to capture him at this stage in life.  Lynch is so open to the filmmakers that we even get to watch him interact with his baby daughter Lula as she plays inside of his studio.  You can’t help but wonder what she has in store for us.  All throughout the film his art dances across the screen such as, ‘Angel of Totality,’ a disturbing piece that gets you thinking about man’s ability to create life and destroy all other living things simultaneously… or at least that’s what I saw in it.  Every bit of this art got me looking for more, which luckily isn’t hard to find.  I suggest you do the same.  He’s made comics, during angry stages of his life, and is proficient in still photography which is used all over the film to set a certain mood.  It seems Nguyen and co. learned a lot from their subject and joined the dark side so to speak.  The Late David Foster Wallace best described Lynch’s work as ‘Lynchian’ explaining that meant ‘a particular kind of irony where the very macabre and the very mundane combine in such a way as to reveal the former’s perpetual containment within the latter.’ This is something that Nguyen clearly understood and wanted his audience to explore.

Each pencil drawing or morbid morsel that you set your eyes on seems to outdo the other which is unfortunate if you’re watching in the theatre because you want and need to pause to take it all in.   You must see it at the theatre but then it’s one to buy, as well, so you can PAUSE to absorb the film in its totality.  It doesn’t matter what kind of art you like best or what kind of films you most enjoy, this movie is one to see.  It’s deeply contemplative while being absorbing, haunting and insightful at the same time.

In Phoenix, see it at the FILM BAR tonight.