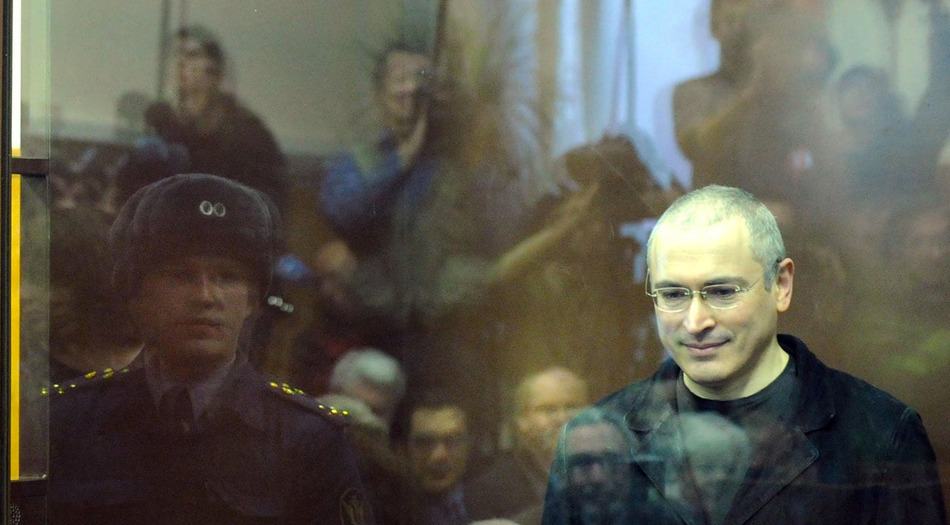 This documentary is one hell of a wake-up call.
Why? Right now, Putin and his ideologies seem to be taking over the world. This should be seen as a warning to all who watch it, to consider the genuine possibility that what was created in Russia, a country whose citizens want democracy but can’t ever achieve it, will most likely reach your shores… and soon. Russia goes from communism to capitalism when the people, not seen as equals, are lied to by their government. Within the documentary, the director, Alex Gibney, explains how the Russian oligarch, Mikhail Khodorkovsky, becomes the number one threat to Russian President Vladimir Putin by only doing one thing… succeeding.  Khodorkovsky, unable to return to his homeland, now has to live in London.

The bright and very business-minded ‘Citizen K,’ the son of two engineers, grew up poor. Yes. You read that correctly. His parents were both engineers, and he grew up poor! That’s what happens when those at the top get everything, leaving nothing for those at the bottom. Khodorkovsky didn’t want that for himself.

When he got his first job and felt jingle in his pocket, he decided that making more was the only way to go, but at what cost would he go to have it and to keep it?

At the time he became fruitful, times were hard in Russia. People were hungry. With the government going on a voucher system, it was just the thing to use if a wise man wanted to exploit everyone and use the vouchers for his own benefit.

What the people didn’t see coming was how they were cheated out of sound money. The government gave them a worthless piece of paper instead of hard-earned cash. I found this to be cruel on many levels. Khodorkovsky tells us that the vouchers were worth forty dollars in stocks. Forty dollars?! And the government gives these for no reason?! How beautiful, right?

When you’re poor, can you play the stock market? They couldn’t, but forty dollars in hand sounded good, so the people were happy, and the scheme worked. To help out along comes Khodorkovsky, who offers them actual cash for the voucher. He passes over ten dollars, and they get to eat for a few days.

The country was in a desperate way, and the people were taken advantage of significantly. However, those who had money were stolen from, as well, often killed. At the time, Moscow was known as the murder capital of Europe. Khodorkovsky was lucky to have escaped being a victim. As well as the 100 business he had a foot in, Khodorkovsky was also attracted to the oil industry. Through everything he was involved in, by 2005, when he went to prison, he was worth $15 billion. That means power. That being the case, Putin had to take him down, so he makes up some bogus charges of embezzlement and tax evasion, and just like that, Khodorkovsky is no longer a problem.

Gibney interviews Khodorkovsky throughout the film, as well as others, who paint the picture of a bleak existence with no hope of change. The film goes into the time of Boris Yeltsin then into his successor, Putin. The slogan ‘Make Russia Great Again’ is mentioned, and it reminds any watching to pay attention. Perhaps if two leaders of different countries, who have always been mortal enemies, parrot the same talking points, they may think the same way politically, as well.

As America goes through impeachment hearings regarding election tampering, ‘Citizen K’ lets us in on a secret that’s hardly a mystery. Russia, filled with corruption, has election’ theatre,’ too. Anyone running against Putin will lose, so the people ask themselves, ‘Why bother?’ Alexei Navalny has tried to replace Putin and has been poisoned, imprisoned, and now he’s just downright barred from even running. The people once thought they could be freed from oppression when capitalism replaced communism. They believed they’d get democracy. They know better now. With capitalism, you must have regulations. In Russia, there were none, so it didn’t work.

There is so much information packed into this film; I can’t possibly cover everything in this one review. I learned a great deal from watching this documentary. It’s loaded with messages the world needs to hear.  The most important message that I got from it is that maybe it’s time the masculine to move over and make way for the feminine. Well, that’s my belief anyway. I implore you to see ‘Citizen K.’ Push others, too, as well. Khodorkovsky needs you to and desperately wants the younger generation to understand what the risks are that they face if they don’t. The very thing that gave Khodorkovsky wealth and power, he now speaks against. What’s wealth anyway if you must cheat others to get it and you have to look over shoulder constantly?

*See this in Phoenix starting today at Harkins Shea 14

Tile of the Film