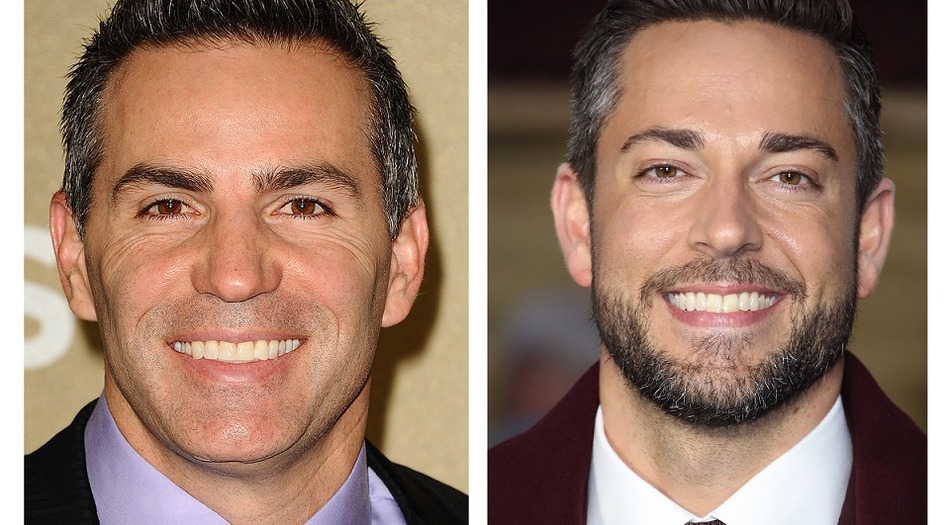 SANTA MONICA, Calif., July 1, 2020 – Kingdom Story Company and Lionsgate announced today that Zachary Levi will star as two-time NFL MVP and Hall of Famer Kurt Warner in American Underdog: The Kurt Warner Story. The film will be distributed wide by Lionsgate and is expected to begin production later this year.

American Underdog will be Levi’s next project, teaming him with the Erwin Brothers (Jon Erwin and Andrew Erwin), who will direct and produce through their Kingdom banner. The film is written by David Aaron Cohen (Friday Night Lights), Jon Gunn (I Still Believe) & Jon Erwin (I Still Believe). Mark Ciardi (Invincible, The Rookie) is producing. The film is also produced by Kevin Downes. The screenplay will be based upon interviews with Warner as well as Warner’s memoir, All Things Possible: My Story of Faith, Football and the First Miracle Season. Kurt Warner and Brenda Warner will co-produce.

The drama chronicles the incredible true story of Kurt Warner, who went from stocking shelves at a supermarket to become a two-time NFL MVP, Super Bowl MVP, and Hall of Fame quarterback.

“Kurt’s story is one of relentless faith – in his own abilities but even more so in a higher power,” said Levi. “When I read Kurt’s story, I identified with the quiet strength he found to persevere – that’s something I think anybody can recognize in their own lives. This is the kind of underdog story that sports movies are all about, and the fact that it’s true makes it even more special. I’m thrilled to be part of bringing his story to audiences.”

“Zachary was our first and only choice,” said Jon Erwin. “He brings a combination of humble charm and charisma as well as an intense physicality to the role. For our last several films, we have brought inspiring real-life stories to the big screen and there is something magnificent and magical to Kurt’s rise as a champion.”

Added Andrew Erwin, “This is about an everyman who never let his dream die. Zachary was born to play this role – and when you add in his uncanny resemblance to Kurt Warner, we’re thrilled to be working with him.”

Kingdom Story Company and Lionsgate are engaged in a long-term partnership to provide event-level entertainment for audiences of faith. American Underdog: The Kurt Warner Story marks the third film to be greenlit by Lionsgate in the last 12 months.  Jim Miller and Chelsea Kujawa are overseeing the film for Lionsgate. Phil Strina oversaw the negotiation on behalf of the studio.

ZACHARY LEVI is one of the most versatile actors in Hollywood with critically acclaimed roles in TV, Film, and on Broadway. Zachary’s career catapulted as the lead and fan favorite, Chuck Bartowski, in the hit NBC series, Chuck. Zachary demonstrated his range as a Tony Award Nominee for Best Actor in a Musical in She Loves Me. His impressive vocals landed him a leading role in the Disney Academy Award nominated (Best Original Song) animated musical, Tangled.  He also took home a SAG Award for “Best Ensemble in a Comedy Series” from his recurring role on Amazon Studios’ Emmy winning series, The Marvelous Mrs. Maisel. Zachary starred in the 2019 blockbuster hit, Shazam! for Warner Bros./ New Line Cinema that held the #1 spot at the box office for two weeks in a row and has grossed over $365M worldwide. Levi is also set to star in Under Cover for Lionsgate opposite Cole Sprouse. He just wrapped production on Kevin MacDonald’s Prisoner 760 opposite Jodie Foster and Benedict Cumberbatch.

Levi is repped by UTA, Untitled, and McKuin Frankel.

The Erwin Brothers’ most recent film, I Still Believe, was their first for under their deal with Lionsgate through their shingle, Kingdom Story Company. The film opened ahead of expectations at the box office before a successful life on PVOD.  The Erwins previously collaborated with Lionsgate and sister company Roadside Attractions on the film I Can Only Imagine, which was the highest-grossing independent film of 2018. The film took in over $83 million domestically on a budget of $7 million and became fifth-highest-grossing musical biopic of all time. Other film titles include Woodlawn, October Baby and Moms’ Night Out.