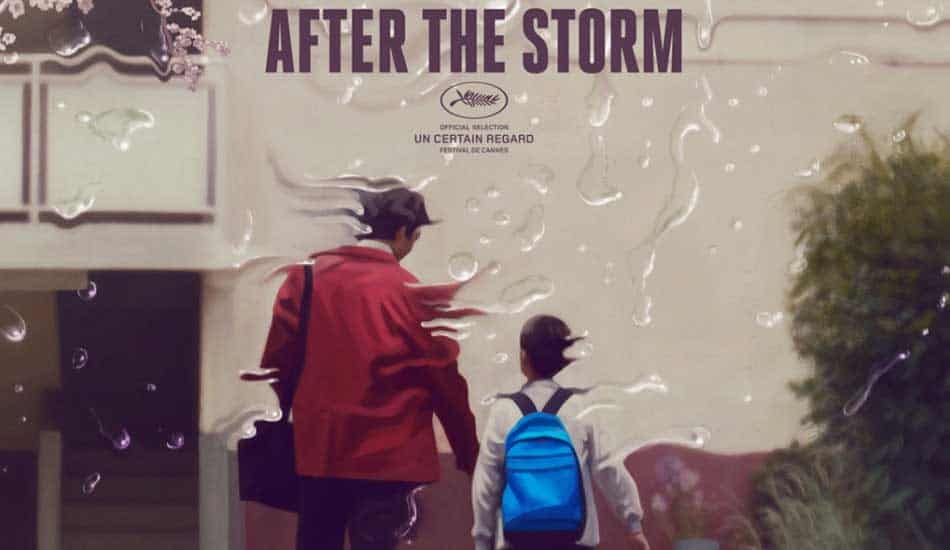 “After the Storm” is a film by Japanese director and writer Hirokazu Koreeda. This work is a family-centered look at the life of a middle-aged man who thinks that his life should have turned out differently. There are a lot of regrets in his life, and he wishes to have things the way he would like them to be. But that is not how it is to be…

Ryota (Hiroshi Abe) had written a prize-winning novel in his youth, and married a woman named Kyoko (Yoko Maki). They had a boy named Shingo (Taiyô Yoshizawa), and then his life took a turn for the worse. There was little interest in the writer Ryota, and he could only get offers to ghostwrite stories for manga graphic novels. Ryota gambled away most of his savings, and Kyoko divorced him and took Shingo.

Soon after his father dies, he meets with his elderly mother Yoshiko (Kirin Kiki). She has a low-class standard housing apartment with few luxuries. She lives on her small pension but she seems to be happy. Ryota thinks that his older sister Chinatsu (Satomi Kobayashi) has been coming over to visit his mother so she can borrow money. But Ryota is always broke, and he never has enough to pay his child support. 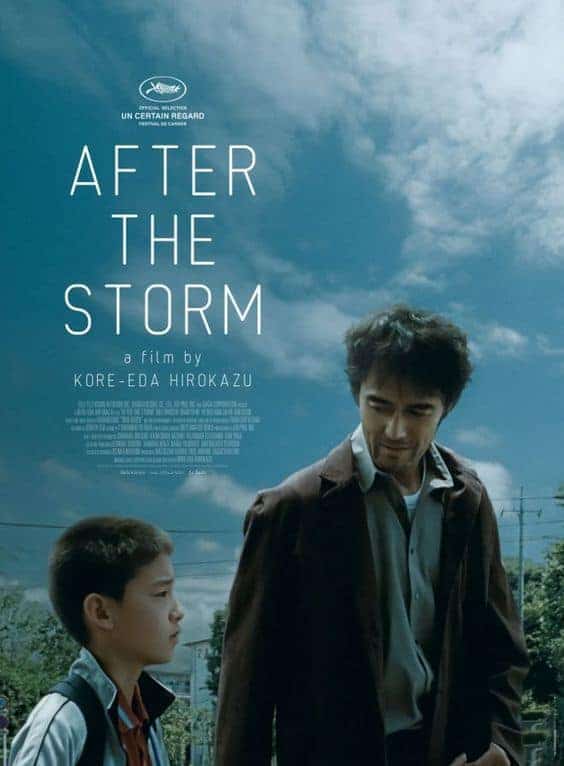 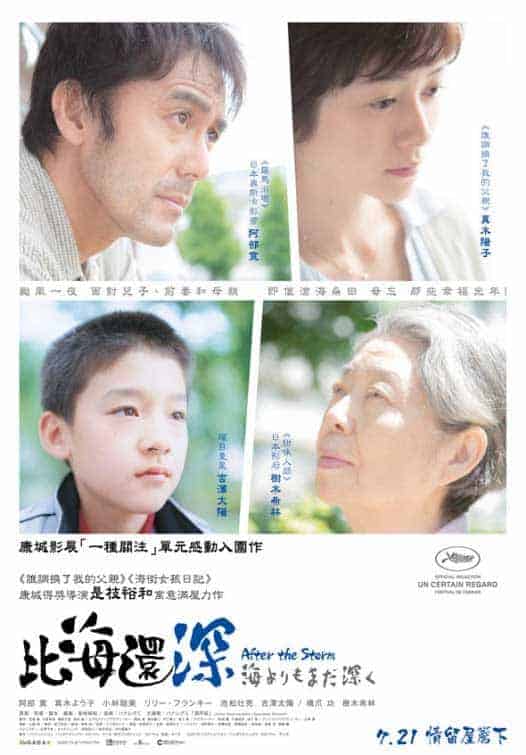 Ryota works part-time at a detective agency, and he says it is for doing ‘research’ for his next novel. But it pays him just enough to pay the rent and gamble away the rest. He uses the job to go undercover and spy on his ex-wife Kyoko, to see whom she is dating. She is involved with a man who runs a very successful real estate firm.

Ryota and his sister Chinatsu visit their mother just before a violent typhoon hits the city. Kyoko and their son Shingo are also there that night. Chinatsu and her family leave to get home before the storm. Ryota, Kyoko, and Shingo have to spend the night at Yoshiko’s apartment. Yoshiko thinks that Kyoto and Ryota might have another chance together, but that will not happen. Shingo and Ryota have a time to bond as father and son.

Yoshiko gets to say things that sound profound and wise, such as “You can’t find happiness until you’ve let go… of something.” What you decide to let go of, I guess that is up to you…

This is a leisurely-paced movie. The most exciting sequence is during the storm, when they are running around a playground searching for missing lottery tickets. There is no flashy camera work or take-your-breath-away special effects. Things like would take away the quiet honesty of this film. The dialogue is in Japanese, and there are subtitles, so it takes some concentration to watch and adsorb the nuances of the characters.

So this might not be everybody’s cup of hot green tea and rice cakes. But if you can appreciate a small family drama that treats you like an adult, then you could enjoy seeing “After the Storm”.