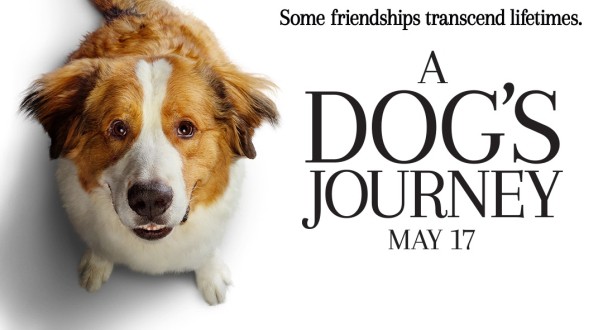 “A Dog’s Journey” is a new feature that is a direct relative to ‘”A Dog’s Purpose”. The central theme of both movies is a secret ability for canine companions that have a reincarnation method to take an immortal soul into the bodies of various puppies. These dogs live with their owners, but they remember the commands from prior owners. Such as, in “Purpose”, a young dog knows to find his first owner (a young boy), and he gets back to him when the little boy is now a man. In “Journey” that older man gives the old dog a final command to watch out for his granddaughter.

Ethan (Dennis Quaid) and Hannah (Marg Helgenberger) live on a Michigan farm with their dog Ethan calls him ‘Boss Dog’ (voiced by Josh Gad), but the dog’s name is Bailey. Ethan was the young boy who turned into an older man, and a series of dog’s all held the soul of Boss Dog. And in the prior movie, Josh Gad said endless cute things when he gave the various dogs an inner voice. Now they live on the farm with their daughter-in-law Gloria (Betty Gilpin). Her husband was killed in an accident just before her little daughter was born. Ethan and Hannah really love their granddaughter CJ, and they want to help Gloria.

Gloria is succeeding at being the Worst Mother Ever, but she gets tired of Ethan and Hannah trying to help. She takes CJ and leaves to live in Chicago. Ethan knows that the old dog Bailey does not have any more time in this world. So he gives ‘Boss Dog’ a new command – Watch over little CJ wherever she is on the world. In a few years, ‘Boss Dog’ shows up in a little puppy named Mollie. Even a little girl dog needs to have a Josh Gad voice, ya know. Grade school aged CJ (Abby Ryder Fortson) finds Mollie and adopts her new friend. She keeps Molly from her mom, Gloria, at least for a while. 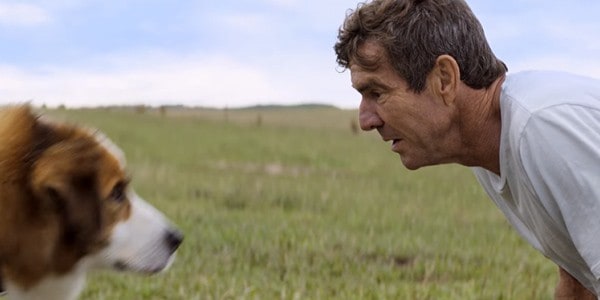 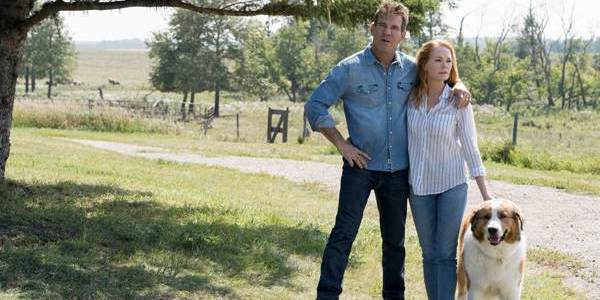 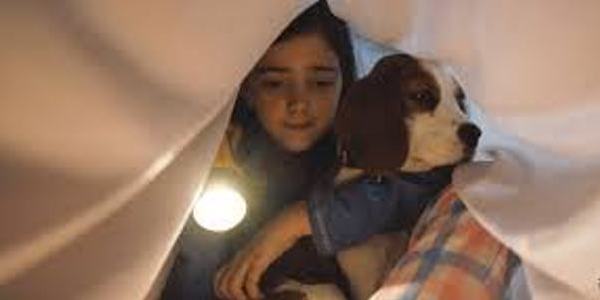 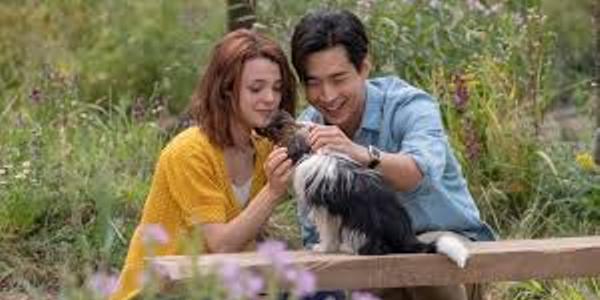 Molly does her best to help CJ growing up strong. She tries to steer CJ to be with her school chum Trent (Ian Chen) and away from away from loser boyfriends. Molly even learns a useful skill; she trains to have an ability to detect the smell of cancer in a patient. But one day Molly dies, and CJ fights with Gloria so much that she decides to move out. Now much older, CJ (Kathryn Prescott) is now out of school, and she lives in New York City. Again, she gets her share of loser boyfriends. But one day she finds that an older Trent (Henry Lau) has also moved just down the block.  Boss Dog had spent some time as a large dog in Pennsylvania, but now he knows it is time to move on.

Boss Dog winds up as a little stray in New York City. He meets up with CJ all over again. But now he is a little dog named Max, so CJ has now idea that the voice of Josh Gad is floating around in Max’s head. Max knows that he know has his true purpose, to keep CJ safe in the world. But Max remembers things as his time as Molly and the things she learned. So he is worried when he discovers that Trent has that weird smell like cancer. Trent needs treatment, and his current girlfriend cannot handle the pressure. She bails and leaves CJ to take care of Trent.

Trent gets better and soon CJ hears from her distant mother Gloria. She has been getting better and wants to be a part of CJ’s life. CJ and Trent discover some old letters with the address of an old Michigan farm. Could it be that farm that CJ barely remembers? What if her grandparents, Ethan and Hannah, still are there? What would it like to go back home? Boss Dog knows, because he has done it before in the lives of multiple dogs.

“A Dog’s Journey” is wonderfully creative way to show that the bonds between a dog and its owner can become inseparable. Even if it is nothing but wild speculation, it has a nice reassuring feel to the continuity. There is no way to now what a dog might be thinking, so the goofy dialog that Josh Gad has each of the many dogs is just perfect. Sometimes the dog might be thinking back to a prior life and an important commitment. But he could just as well be thinking about bacon.  The overall effect of the story could bring a few sniffles, especially if you have ever really cared for a dog – and then have a dog go out of your life.

This is very wholesome movie that should give you all the feels. All the animals are very cute and cuddly. Even when they get a big wide-eyed face with an especially goofy grin.  And here I am referring to Dennis Quaid, as well as most of the dogs. This movie is almost daring you not to like it. That is one bet that I do not want to take.

So you might as well go to the movie theater. Sit. Stay.