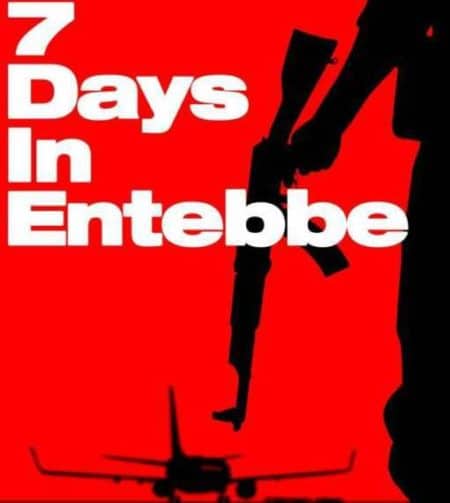 In July 1976 almost all people around the world were enjoying the upcoming U.S.A. Bicentennial celebrations. Except a handful who happened to be aboard an Air France jet that was hijacked in Athens. The jet left Israel and was taken over by Palestinian extremists and two German revolutionaries. The plane finally found safe passage into Uganda and landed in Entebbe. That country was led by a dictator named Idi Amain, and he gave the hijackers a place to stay. The Israeli government was backed into a corner, and something had to be done.

The hijackers were from split between Palestinians wanting a homeland, and the Germans, who had no other revolts left to join. The German authorities had shut down the German terror cells, and these two headed off to hang out with the others. Brigitte Kuhlmann (Rosamund Pike) and Wilfried Böse (Daniel Brühl) had no prior experience doing something major like this, so they decided to help the Palastinians.  Idi Amain (Nonso Anozie) had no love for the major world powers, so he thought he would shove their nose into the situation. Amin let the hijackers use the airport in Entebee as a place to conduct negotiations, or perhaps executions. Air France was helpless to end the stand-off, so it left it up to the Israelis.

The Israeli Prime Minister Yitzhak Rabin (Lior Ashkenazi) knew that they could not negotiate. If they gave in, then more planes would be taken and more hostages would be in danger. The Defense Minister was Shimon Peres (Eddie Marsan) who knew that as things went on, he could persuade Rabin to eventually take military action. Not action that would confront Uganda directly, but a stealth operation that could get done under cover of darkness to free the passengers. This would not be an easy mission, but Peres believed that it needed to be done. 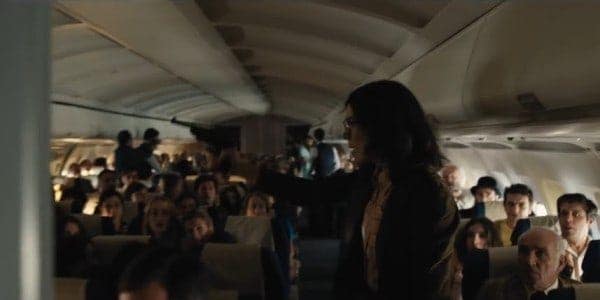 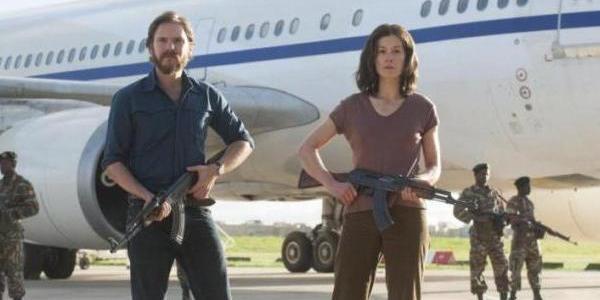 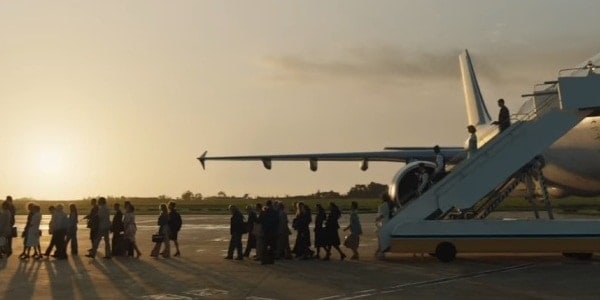 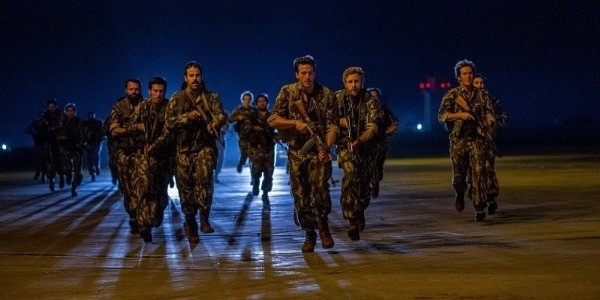 Böse was becoming more discouraged by the actions of the Palestinians. They had no respect for any of the hostages, and even less for those who were Jewish. Kuhlmann had turned the corner in her sanity and was popping more and more drugs to stay awake. She would lose touch with reality every now and then, but she was a brutal soldier in the fight. The crew of the Air France flight acted bravely and took special care to see that all the passengers were treated OK. But they had no control over anything. They could only hope for some type of rescue.

That rescue did come, by the way. There can be no spoilers about this, because it all happened more than 40 years ago! Amin’s forces helped to guard the old terminal where the hostages were held. But when the Israeli Special Forces arrived, the rescue operation would take down many of the Ugandan forces. Then they focused on the hijackers, and all of them were eliminated. The initial group of 248 taken hostage was then down to 94 by the time the rescue team arrived. Of those, only three people died in the fight, plus one Israeli soldier. The soldier killed was named Netanyahu. His younger brother went on to become the current Prime Minister of Israel.

For some reason this movie was made now, after several other films have already been made about the same events. This movie is over 40 years after the incident, so in does not reflect any breaking or recent news. The director, José Padilha, does a weird thing in the final act by cutting between the hostage rescue and a modern jazz dance recital. Yes, that does sound odd, but the actual depiction is even stranger. Perhaps it means that the soldiers are fighting for the right of dancers to make jazz hands? Don’t know…

The biggest actors of note are Daniel Brühl and Rosamund Pike. But there is something creepy about humanizing a couple of leftist anarchists who help hijack a plane. They are portrayed as wanting to make a big difference in the world. But doing that by holding hostages and threatening to kill them might not win any arguments.  All the Palestinians portrayed as mean and belligerent. Idi Amin is mostly a joke character.

If any portrayal is positive, it is in the way that the Israeli government finally made the gutsy decision to make the rescue attempt. The entire thing was fraught with risk, and the fact that they made it out with as such a small number of causalities is amazing. In short,